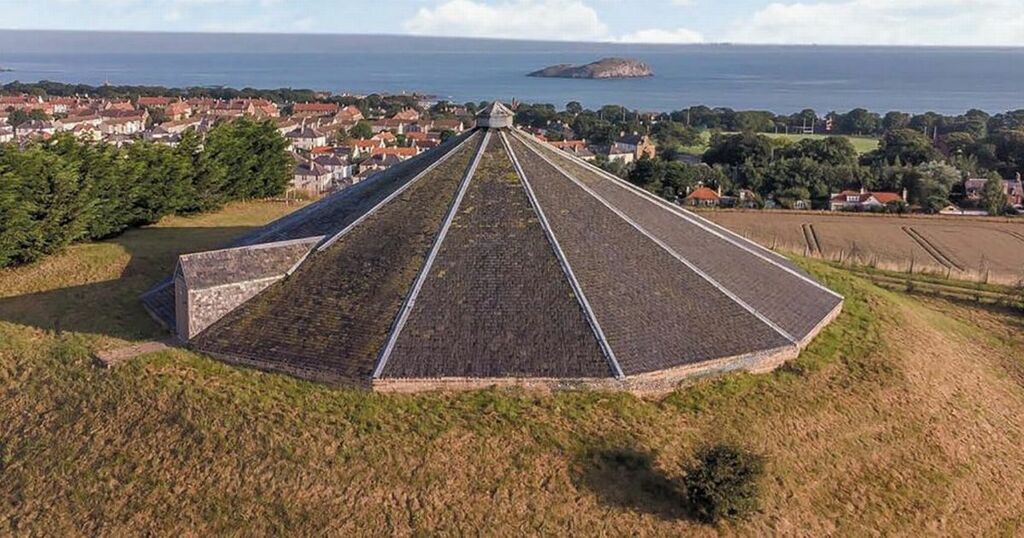 A former Scottish reservoir, that is almost entirely underground in Scotland’s most sought after seaside town, has hit the market for offers over £450,000.

The Heugh Reservoir located in North Berwick, East Lothian was put up for auction yesterday with the potential to transform the property into a stunning seaside home.

The seller is looking for offers over £450,000 for the property and are advertising the the opportunity to transform the retired water storage into a unique six-bedroomed home.

The property was built around 1905.

The building, which was decommissioned by Scottish Water on 2004, is mostly underground and currently comprises a large bunded circular tank of brick and concrete.

There is a unique dodecahedral slated roof where underneath there are two timber doors with one door providing access into the tank via a scaffold metal staircase.

The former reservoir building dates from around 1905 and is just a 20 minute walk to the local beach and five minutes to the nearest supermarket.

From its elevated location the property boasts stunning panoramic views of nearby Bass Rock, the lush Lammermuir Hills and North Berwick Law.

Allied Surveyors describe the plot as, a “unique development plot in the highly desirable coastal town of North Berwick.

“Available with the benefit of planning consent for an extensive six-bedroom house.”

“We anticipate keen interest from developers looking for a project with a significant ‘wow’ factor in one of Scotland’s most sought-after coastal towns.”

North Berwick is one of Scotland’s most affluent coastal towns with a population of approximately 14,000 people.