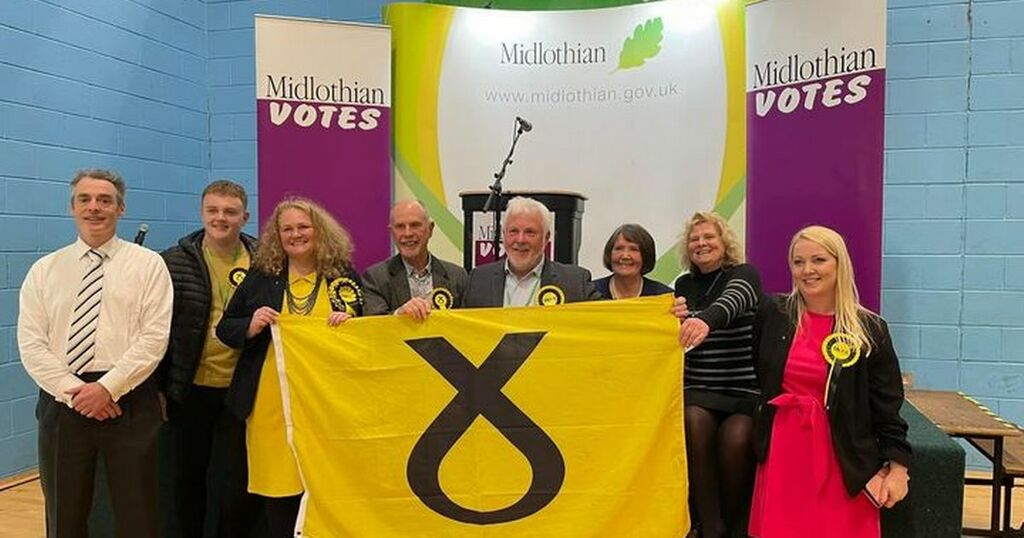 Edinburgh Live
One subscription that gives you access to news from hundreds of sites
East Lothian Council Election 2022: Where is my local polling station

East Lothian Conservative's group leader has called for Boris Johnson to heed the message from the public and resign after the party had a disastrous result in the council election.

Lachlan Bruce, who saw his serving councillors reduced from seven to four, said there was no doubt troubles at Westminster had impacted on voters in the county.

Two serving councillors ,Katie Mackie and Gordon Mackett, lost their seats and a third seat, which had already been vacated by a retiring councillor in North Berwick Coastal ward, was taken by the SNP.

Mr Bruce, who held his Preston Seton Gosford ward seat, said: "We have lost two hard working councillors in Katie and Gordon who served their community well and we have lost them not because of anything they did but because of the issues at Westminster.

"Boris Johnson kept coming up on the doorstep again and again. I have said before he should resign and I believe he should heed the message from the public.

"Boris Johnson will not be Prime Minister after the next general election and that will be decided either by the public or sooner by the Conservative Party.

"They have to act to ensure we return the Conservative Government that we need."

Labour were the big winners in the county, where turnout was just under 48%.

The party, which has led a minority administration for the last five years, returned nine councillors - ten if the currently suspended Ruaridh Bennett is allowed to rejoin the party - giving them the chance to continue leadership.

Musselburgh candidate Ruaridh, who is in his early twenties, had his support withdrawn by the Scottish Labour Party two days before the polls opened in a row over historic comments he had made on social media.

Despite remaining on the ballot slip as a Labour candidate as it was too late to change it, he has officially been elected as an independent councillor.

Council leader Norman Hampshire said the group was hopeful the decision would be overturned on appeal.

He said: "Lots of young people say things they should not on social media and the people of Musselburgh have backed him as a Labour candidate. He is going through the appeal process and I hope it will be successful and he will be a member of the Labour party again.

"We have a good group of councillors who are here to make sure he gets all the support he needs."

Mr Hampshire said he was delighted by the Labour results but said discussions would now be held before any decision was taken over whether it would be a minority administration again.

He said: "We decided to stand with ten candidates and we have returned all ten so I am absolutely delighted."

It was a day of firsts at East Lothian as the SNP returned their first female councillors in the county and the council as a whole saw ten women elected out of a possible 22 seats.

It was also the first time a Scottish Greens candidate won a seat, with Shona McIntosh taking one of Musselburgh's four seats.

Shona, who works with care-experienced young people, said she was looking forward to holding the council to its climate emergency pledge.

She said: "I want to see the council really step up to its climate emergency commitment especially when it comes to planning.

"I am also keen to see more openness and transparency around decisions."

She put her strong support down to strength of feeling in Musselburgh about the ongoing Flood Protection Scheme which has proposed what would be a "giant wall" through the middle of the town.

The SNP were also celebrating as they returned seven councillors to take the place of the Conservatives as the main opposition group.

SNP group leader Stuart Currie stepped down from his council seat ahead of the election.

The group met after the results to appoint newly -elected councillor Lynn Jardine as their new leader with incumbent Councillor Tom Trotter as her deputy.

Lynn Jardine,who is a former chair of Women's Aid East and Midlothian, is experienced in working in voluntary roles and in housing, health and social care sectors over the years.

The elected councillors are:

Edinburgh Live
One subscription that gives you access to news from hundreds of sites
East Lothian Council Election 2022: Where is my local polling station