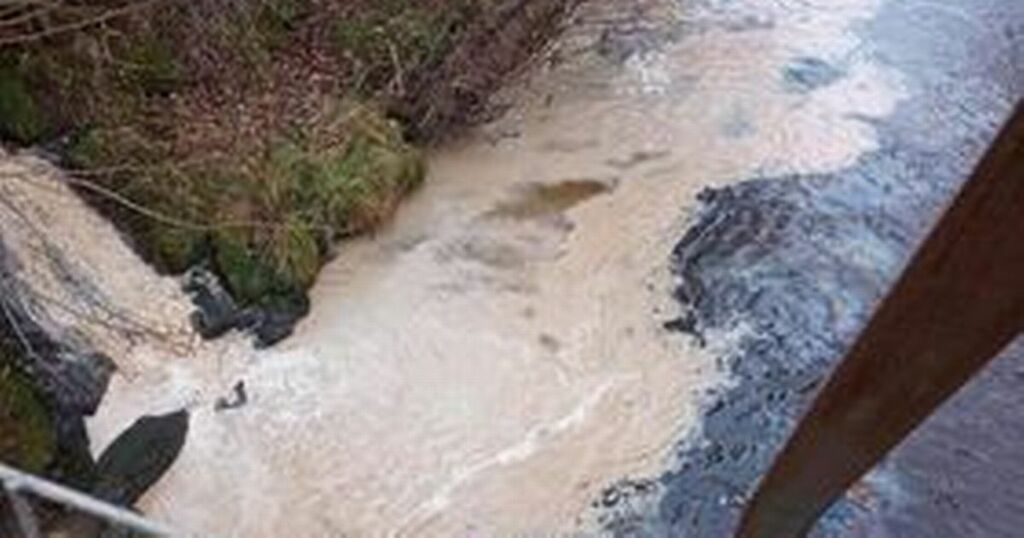 An East Lothian resident has told of his concern as the River Esk continues to be polluted by what appears to be petrol.

Resident Gordon Grier, 47, first noticed the pollution on Friday and contacted his local MSP Colin Beattie, as well as the East Lothian Council in order to raise the alarm.

But Gordon said the levels of the unknown substance continue to rise on Saturday as he went to check on the River Esk.

Speaking to Edinburgh Live, Gordon said: "There are a lot of concerned residents in Musselburgh today, that's for sure.

"The stench of petrol/diesel is really strong and overwhelming.

"The problem has been going on since early yesterday, and there doesn't seem to be any co-ordinated response.

"One local resident was trying to stem the flow of the pollutant herself last night at 10pm using what she could, but no sign of the council or SEPA to help."

Yesterday, Edinburgh Live reported that other residents have reported a large quantity of 'fuel' spilt into the water in the River Esk, Musselburgh, with the smell carrying streets away.

One local also shared a heartbreaking video of swans swimming through the contaminated water.

East Lothian Council and the Scottish Environment Protection Agency confirmed officers were at the site investigating the source and assessing the risk to wildlife.

They confirmed the suspect substance seemingly leaking into the river through Craigie Burn.

A council spokesperson advised on Friday: “One of our Countryside Rangers spotted an unusual residue that seemed to be discharged into the River Esk from the Craigie burn just after noon today.

"Officers from the Council’s Protective Services team have gone out to the location and are assisting SEPA staff with investigations including taking a range of water samples.”

East Lothian Council and SEPA have been contacted for further comment.

Colin Beattie, MSP for Midlothian North and Musselburgh, said: "“As the local MSP and Chair of ERIG (Esk River Improvement Group) I have been horrified to see what seems to be a serious pollution incident on the River Esk.

"I have been in close contact with SEPA and Scottish Water. SEPA are working hard to identify the source of this pollution and to mitigate the impact on the environment.

"Scottish Water have confirmed that the source of this does not relate to them or their works.

"I am waiting to hear more to clarify the situation and will be staying in close contact with SEPA to ensure that this is dealt with promptly and that the clean up takes place at the earliest.

"I fear that the environmental impact will be significant.”