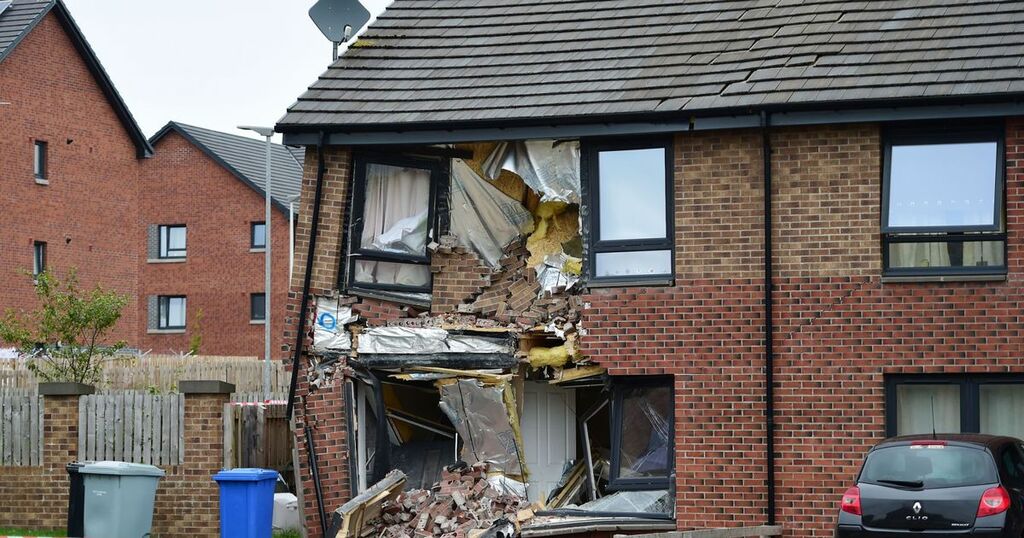 Police investigating a ‘deliberate’ lorry smash in East Kilbride have arrested a man in connection.

A major probe was launched after the Eddie Stobart lorry allegedly crashed into a semi-detached property on Monday night.

Emergency services were called to Lancaster Crescent at around 11.25pm following reports of the incident.

Thankfully nobody was injured however first responders remain at the scene on Tuesday afternoon.

Pictures from the scene show the front of the property has caved in with bricks crumbling onto the driveway.

A heavy goods vehicle which is understood to be linked to the probe was discovered in a nearby Lidl supermarket car park.

Police Scotland earlier confirmed they were treating the crash as ‘deliberate’.

The force have now told the Daily Record that they have arrested a 33-year-old man in connection.

A spokesperson for Stobart Energy said: “Stobart Energy is aware of an incident involving an agency driver and one of its vehicles. The Company is actively supporting the police investigation.”