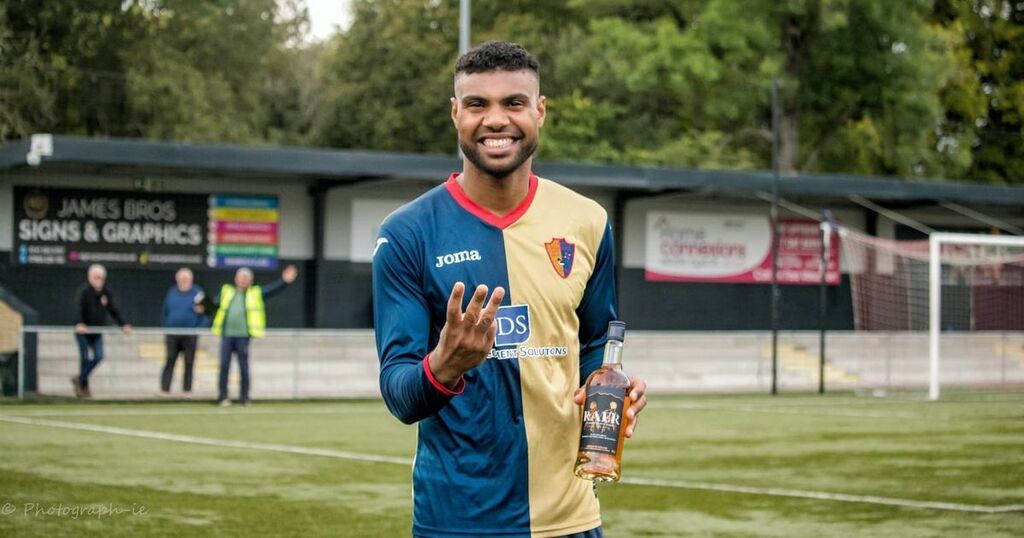 East Kilbride interim boss Chris Aitken has challenged hat-trick hero Joao Victoria to maintain his high standards after an outstanding performance from the Portuguese striker in Saturday’s 3-1 win over Spartans.

Kilby bounced back from last week’s shock defeat at home to Cumbernauld Colts by putting Spartans to the sword at K-Park - and Victoria was the star of the show with a cheeky lob and a header in the first half, before completing his treble with a second half penalty.

Victoria picked up the man of the match prize and his display helped EK close the gap on leaders Bonnyrigg Rose – who they face in a fortnight’s time – to 11 points with two games in hand.

And Aitken said: “It makes the Cumbernauld Colts game even harder to take, to be honest.

“But it was important that we got back to winning ways and went and put in a good performance, which we did.

“Joao getting a hat-trick was the icing on the cake.

“That’s the reason I brought Joao to the club, because I know he has got that in his locker.

“The challenge for him now is to see if he can keep that level of performance up for the coming weeks.

“There’s no doubt when Joao is on form, he’ll play every single week.

“But I don’t make the standard, the players do and it’s up to Joao to try and maintain that standard he has set for himself on Saturday.

“I genuinely believe if Joao wanted to up the gears on Saturday, he could have scored even more goals.”

Kilby’s attentions now turn to the Scottish Cup, as they head to East of Scotland League side Coldstream in Saturday’s first round.

After the shock to Cumbernauld last week, Aitken is determined not to be on the end of another upset.

He said: “I’ll be preparing right this week to make sure there is no complacency.

“For all my time in football, what I will say is there will definitely be a shock in the Scottish Cup on Saturday.

“And I just need to make sure it’s not us. We will give Coldstream the respect they deserve, but we know if we apply ourselves right, we should be getting into the next round.

“The Scottish Cup is a great competition and you really want to get through the early ties because you never know who you can get drawn with.

“It might be a team guys might never play against again in their careers, so the Scottish Cup always brings the glamour and the stories.”

Kick-off on Saturday is 3pm.