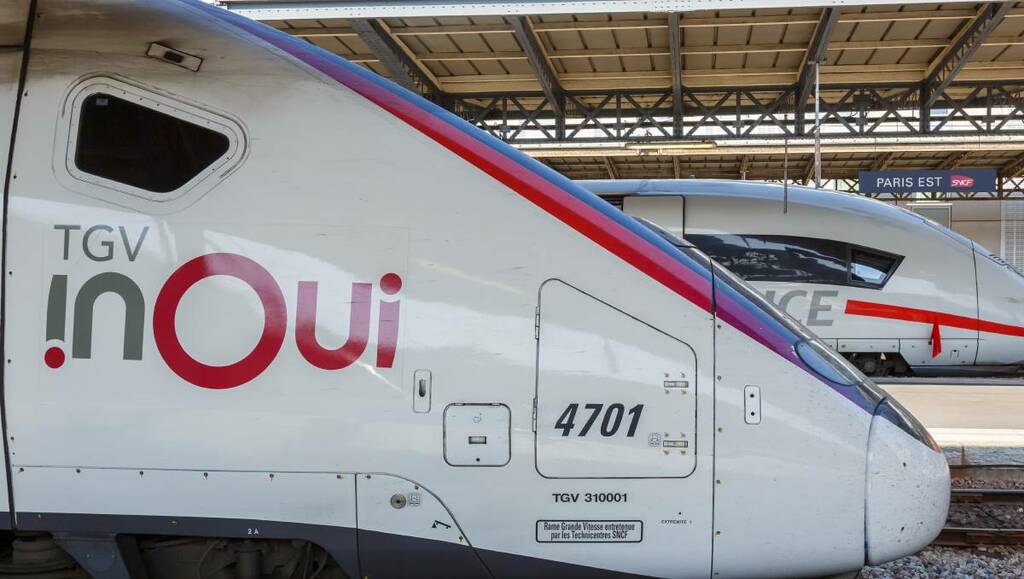 Our parliamentary delegation to the European Union in 2004 was allowed to ride up front in a French TVG Very Fast Train (VFT). We watched in awe as two trains hurtled past each other, travelling at 320 kmh between Paris and regional France.

I tried to photograph this, but in the pre-iPhone era, the trains were too fast.

Later, I travelled on the Japanese and Chinese VFTs, but the French TVG is the best example of affordable VFT technology. This network covers 2800 kilometres of regional France and carries 110 million passengers a year at high speeds. It opened in 1981. Perhaps this type of VFT might suit Australian conditions?

Last week, opposition leader Anthony Albanese announced an election promise of $500 million for land acquisition as a first step towards building a VFT between Sydney and Newcastle. This would be the first stage of an east coast high-speed rail network.

However, the response from the Hunter voters was not encouraging, if the derisive comments in the Newcastle Herald letters pages in the following week are any guide.

The level of cynicism has been driven by the number of times political parties on both sides have made this promise over the past 40 years. Then, once elected, they started the preliminary planning work on the high-speed rail project only to give up after a few years. Why?

The economics of a VFT project adds up in countries with high and densely settled populations, such as Japan, China, and France. And perhaps such VFTs on a new high-speed network, between Brisbane and Melbourne via Newcastle, Sydney Wollongong, and Canberra might have the combined population to be viable.

However, if the plan is to start work on a Newcastle to Sydney sector, it will never achieve the critical mass of passengers to make it viable. Why?

When I was a Hunter-based senator for all of NSW, a lot of my work was in Sydney. I had three options to travel from Newcastle: drive, fly or catch the train. I noted the travel time taken was about the same with each mode of transport - two to three hours. Surely a plane is the fastest? Even faster than a VFT? But not if you count the total time it takes to get to your destination from departure to arrival, including waiting in the airport.

In the Herald (6/1/22), a letter writer noted that in an earlier version of a Sydney to Brisbane VFT, the Newcastle stop was planned for Killingsworth, west of the city. So, by the time you drove to this station, waited for the VFT to arrive (this would not be every 10 minutes like in Toyoko), travel and arrive at the Sydney station, and finally, complete your journey by Uber, the time would be in the same range, just like my flight example.

Private transport continues to gain over public transport as our roads improve and rail is neglected. For example, last week I drove from Newcastle to Olympic Park at Homebush. The trip by car was faster than indicated above, but only because the recently completed NorthConnex tunnel under Pennant Hills Road shaved 15 minutes off the trip.

The way forward for fast public transport is for politicians to have a vision for the whole VFT rail network on the east coast of Australia. The first step should be planning and acquiring the entire transport corridor ASAP.

A route that follows the M1 freeway and tunnels under Sydney should fast-track the planning phase and reduce costs. Work should then begin on multiple sectors of the track simultaneously, between Brisbane and Melbourne via Sydney.

Australian governments have executed such visionary projects at multiple sites before in a bi-partisan way. For example, the Chifley government's initial Snowy hydro scheme was later extended by the Menzies government.

A visionary Australian VFT project was proposed between Sydney and Melbourne by the CSIRO in 1984.

This was taken up by a private-sector joint venture comprising Kumagai Gumi (Japan) and Australian companies BHP, TNT, and Elders IXL. Several major studies were undertaken in the 1980s, showing the proposal to be technically and financially feasible.

In 1991, the Hawke government refused the tax breaks needed to make the project viable. If the green light had been given 30 years ago, the Melbourne to Sydney VFT would have been finished by now, with a possible Newcastle extension as stage one of a Sydney to Brisbane VFT also completed.

A vision for a VFT network is now urgently needed for eastern Australia.

However, this is absent from both sides of politics, who seem to have a blinkered view of what is necessary and possible if Australian interurban public transport is to move into the 21st century.