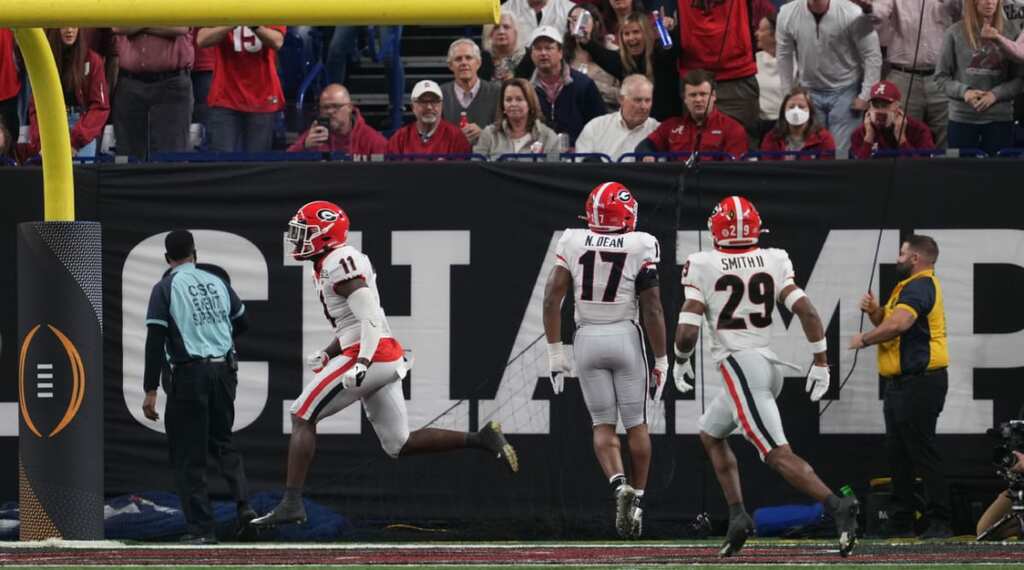 Georgia’s vaunted defense did not manage to sack Alabama quarterback Bryce Young in the team’s SEC championship showdown just over a month ago. That issue was very nearly rectified early on in Monday’s College Football Playoff national championship, on what looked for a while like a tone-setting strip sack and touchdown return for the Dawgs.

Georgia’s pair of defensive superstars—defensive tackle Jordan Davis and linebacker Nakobe Dean—were responsible for the near-scoop-and-score. Davis got to Young, forcing him to try and get rid of the ball.

After some confusion, Dean recovered the ball a few yards down field, and with no whistle blown, returned it for a long touchdown.

Unfortunately for the Georgia defense, Alabama’s Heisman winner made a heads up play.

Young managed to get a throw off, as Davis bore down on him. After a lengthy replay, it was determined that he was attempting a forward pass, negating the sack, the scoop and the score.

The Crimson Tide offense took advantage, driving deep into Bulldogs territory on the game’s opening drive before stalling out and settling for a 37-yard Will Reichard field goal.

Alabama leads Georgia 3–0 with just under 10 minutes remaining in the first quarter.