Changes to the welfare system are expected to get thousands of people back into work and boost earnings and the economy, according to the Government. Around 120,000 people will be affected by the upcoming reforms.

Benefit claimants in certain categories will soon be asked to take active steps to seek more and better paid work, or face having their benefits reduced. Chancellor Kwasi Kwarteng is expected to announce details of the changes this week.

The Chancellor said: “Our jobs market is remarkably resilient, but it is not perfect. While unemployment is at its lowest rate for nearly fifty years, the high number of vacancies that still exist and inactivity in the labour market is limiting economic growth. We must get Britain working again.

"These gradual changes focus on getting people back into work and maximising the hours people take on to help grow the economy and raise living standards for all." He added: "It’s a win-win. It boosts incomes for families and helps businesses get the domestic workers they need, all while supporting economic growth."

The changes are expected to impact a range of working claimants. Those currently working up to 15 hours a week at National Living Wage will be required to meet regularly with their Work Coach and take active steps to increase their earnings or face having their benefits reduced. Claimants will be expected to "stick to their commitments", which could include applying for jobs, attending interviews or increasing their hours.

This expansion is an increase from the 12-hour threshold. It will bring an additional 120,000 benefit claimants into the Intensive Work Search Regime, which the Government hopes will help fill some of the 1.2 million job vacancies currently across the UK.

Secretary of State for Work and Pensions Chloe Smith MP said: "As we continue to face economic challenges and labour market shortages, we are committed to helping people on lower incomes to boost their pay – because we know work is one of the best ways to support your family and help grow our economy.

“Whether it’s increasing their hours in their current role, entering a new sector or switching careers, we want people of all ages and all stages to be able to progress into fulfilling careers."

Rising economic inactivity in the over 50s is contributing to shortages in the jobs market, driving up inflation and limiting growth. Returning to pre-pandemic activity rates in the over 50s could boost the level of GDP by up to 1 percentage point, according to the Government.

The Secretary of State for Work and Pensions added: "The expertise our dedicated DWP Work Coaches bring, will help to drive this change by removing barriers to progression and opening up opportunities for training and building skills, to increase earnings.” 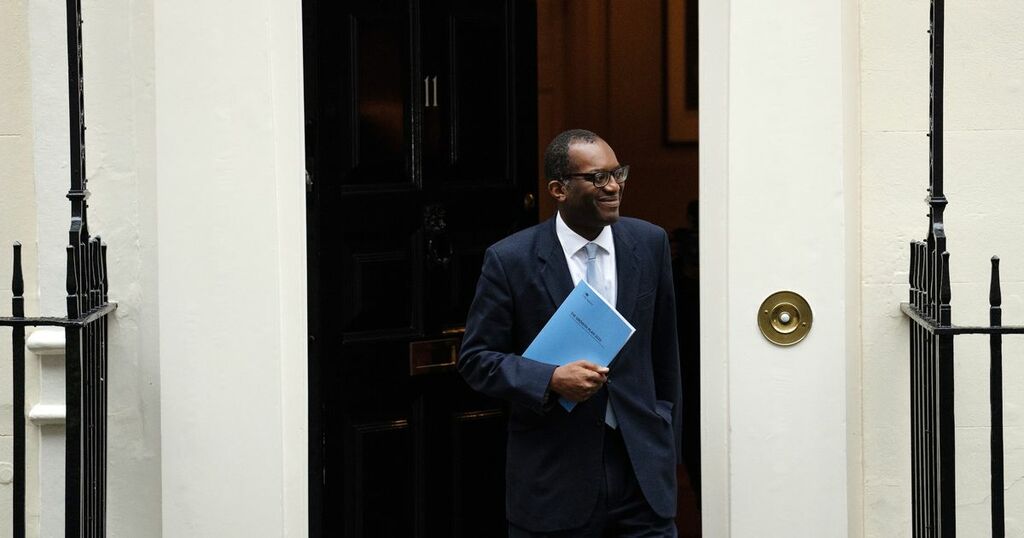 Edinburgh Live
From analysis to the latest developments in health, read the most diverse news in one place.
DWP Universal Credit claimants could have their benefits cut - even if they have a job

Under plans expected to be announced on Friday, people will risk having their benefits sanctioned if they fail to take…

Chronicle Live
Universal Credit rule change in full as 120,000 at risk of having benefits cut

Universal Credit is changing, with some people facing the risk of having their benefits cut if they don't work a…

Daily Mirror
Chancellor set to announce this week that 120,000 benefit claimants could see their payments reduced

Manchester Evening News
One place to find news on any topic, from hundreds of sites.
DWP Universal Credit roll-out to 4 claimant groups

It will be welcome news for some