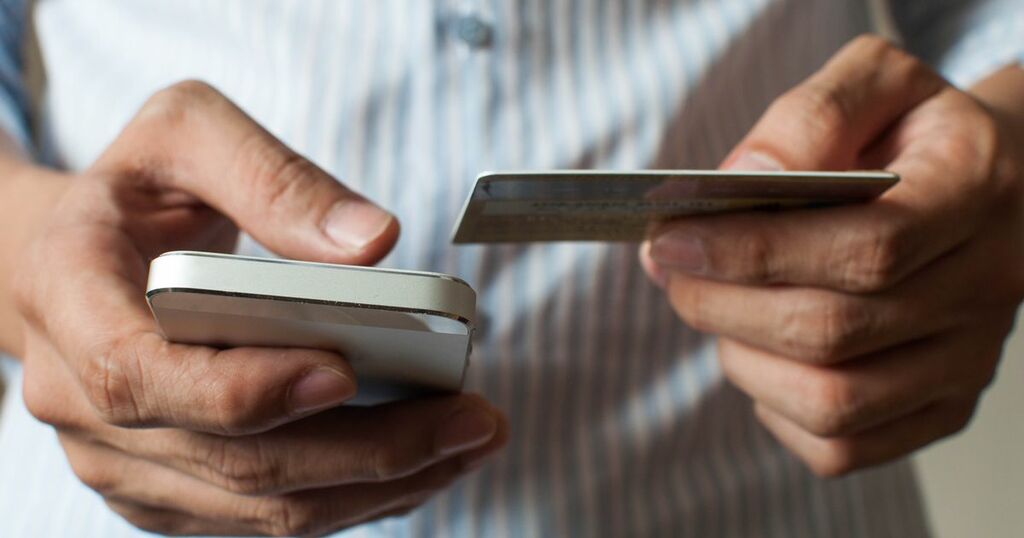 As part of their inquiries into fraud and overpaid benefits – namely Universal Credit – investigators from the Department for Work and Pensions may gain access to your bank and social media accounts.

The Department for Work and Pensions (DWP) is currently investigating thousands of instances of fraud, and it has a wide range of powers to gather evidence.

According to the DWP, instances of fraud and error in the UK benefits system have reached record highs, with as much as £8.4 billion being overpaid over the last financial year.

The government department revealed that 3.9% of benefits spending was overpaid in the 2020/2021 financial year, with as much as £6.3 billion being the result of fraud – namely Universal Credit claims.

As reported by the Daily Record, over 20 million people across the UK currently claim benefits or State Pensions – a number that is expected to rise further as the full financial repercussions of Covid-19 become clear.

A DWP spokesperson stated: "We also have robust plans in place to recover fraudulent claims and drive fraud and error down to the lowest feasible level."

Neil Couling, the director-general of Universal Credit, revealed thousands of people who claimed the benefit may be approached over the next few months as part of the DWP’s fraud and error exercise.

Claimants who gave incorrect information during the pandemic may be hit with an “administrative penalty”, which will be recovered through a deduction from their future benefits.

The DWP’s definition of benefit fraud is when “someone obtains state benefit they are not entitled to or deliberately fails to report a change in their personal circumstances.”

The most common form of benefit fraud is when a person receives unemployment benefits while working. Another is when claimants state that they live alone, but are financially supported by a partner or spouse.

Failing to inform the state about a "change of circumstances", for example, that your partner is now living with you, or that you have moved house, or that a relative has died leaving you some money may also be seen as 'fraud by omission'.

Being accused of fraud by the DWP can be stressful enough, but the thought of being investigated by officials without really knowing why can lead to excessive worry.

Many investigators wear plain clothes and can show up at your home or work at any time, which could be frightening.

But having some knowledge about DWP investigations can make all the difference, enabling you to live your life as normally as possible while an investigation is underway.

Usually, benefits-related fraud occurs where someone has claimed benefits to which they were not entitled on purpose, such as by not reporting a change in circumstances or by providing false information.

In each circumstance, the DWP will need evidence that shows that someone is receiving a benefit (a Tax Credit or benefits payment, for example) that they would not ordinarily be entitled to.

Fraud investigators have a wide range of powers which enable them to gather evidence in a number of ways, including surveillance, interviews, and document tracing.

Unfortunately, you won’t know the exact details of an investigation against you until you are told about it afterwards - which may be in court if you are charged with an offence.

There is a common misconception that the only people who get investigated for benefits fraud and other offences that involve the DWP are those who are openly scamming the system.

While the DWP does act on reports from the public, it also has its own sophisticated means of detecting when fraudulent activity might be taking place - which means anyone receiving benefits from the DWP could be
investigated at any time.

What happens during a DWP investigation?

If the DWP is going to start a formal investigation against you, they will notify you either in writing, by telephone, or email - this is typically done through the post.

When you are notified, you will also be told whether you are to receive a visit from a Fraud Investigation Officer (FIO), or whether they require you to attend an interview

In the early stages of an investigation, you may not be told that one is underway until the DWP has assessed whether there is good reason to formally investigate a potential case of fraud.

Many tip-offs and reports turn out to be false, so the DWP wants to make sure that they do not waste their time on a pointless investigation.

As soon as there is enough evidence of potential fraud, the DWP will launch an official investigation and notify you.

DWP investigators are allowed to gather many types of evidence against a potentially fraudulent claimant.

Most common types of evidence

One common form of benefit fraud is falsely reporting income, or failure to report it altogether.

If you are claiming unemployment benefits but are seen to attend a workplace, the DWP may talk to the owner or manager of that business to find out exactly why you are there, what work you are doing and how much you are being paid.

Investigators may also check your social media accounts and search your online profiles for pictures, location check-ins, and other evidence which may or may not be useful to them.

Those who use social media a lot will leave a trail of their life and habits, often allowing investigators to piece together a picture of what that person’s life actually looks like.

If this is not consistent with the details of that person’s claim for benefits, that evidence may end up being used against them.

What if I am falsely reported to the DWP?

False reports of benefit fraud are common in the UK, with some studies indicating there are around 140,000 made each year.

Until the DWP determines that there is no case against you, there is little you can do. Co-operate as best as you can and remember that those found to have reported falsely through malicious reasons may end up being prosecuted.

If you are concerned about a current or future DWP investigation against you or someone you care about, seeking advice from a legal expert could help.

Citizens Advice Scotland may also be able to offer free and impartial advice, you can contact them here.