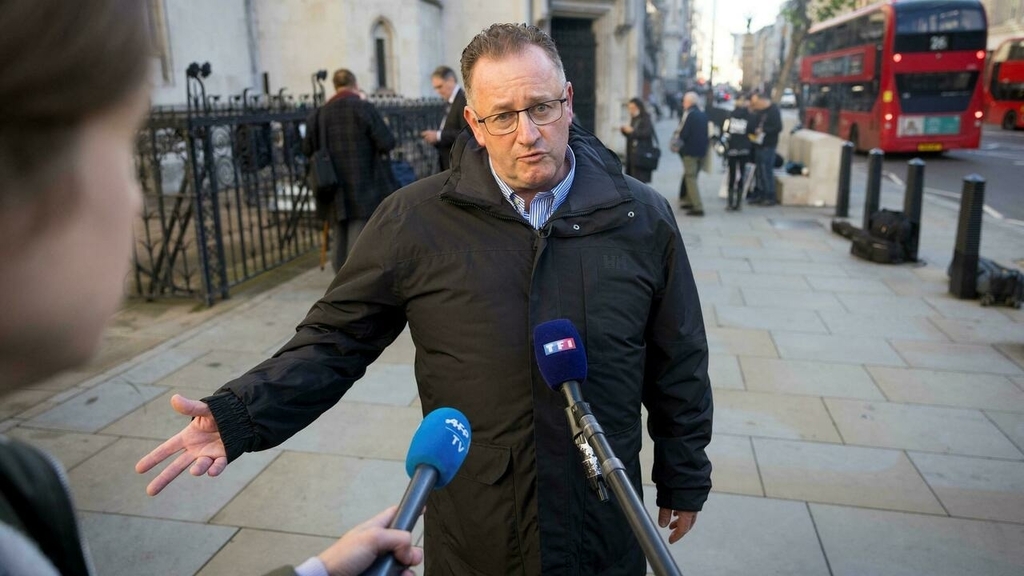 A Dutch navy submarine seen at the site of the 2004 sinking of a French fishing trawler was not operating unsafely in the run-up to the tragedy, the Dutch navy told a London court on Monday.

The families of the five crew who died when the Bugaled Breizh (Child of Brittany) went down off the English coast on 14 January 2004 maintain the vessel was pulled down by a submarine.

NATO exercises involving several submarines, including from the British Royal Navy, were taking place in the area at the time.

At a hearing in London seeking to establish the circumstances of the trawler's sinking, now in its second week, Captain Jeroen van Zanten, of the Royal Netherlands Navy Submarine Service, was asked if the Dutch submarine Dolfijn made a mistake or acted improperly on the day. His response was "no".

Van Zanten gave evidence via video link to a coroner's inquest into the death nearly 18 years ago of two of the French crew, whose bodies were recovered by UK search and rescue.

A 184-page French investigation into the deaths was inconclusive

Van Zanten acknowledged submarines could pose a risk to fishing boats but said procedures were in place to prevent accidents and to save lives in the event of a collision.

The then-commander of the Dolfijn, Frederick van Driel, said in a written statement that the submarine remained on the surface after leaving its base at Den Helder on 13 January 2004.

It then dived on the evening of 15 January, several hours after the Bugaled Breizh sank.

At the time of the sinking, at about 1225 GMT, the Dolfijn submarine was about 12 nautical miles away and arrived on the scene at about 1400 GMT to help with search operations.

Van Zanten, who was not on board at the time, said Van Driel's statement was consistent with the submarine's logbook and there was no reason to doubt them.

But under questioning from lawyers representing the victims' families, he said the Dolfijn had not communicated its position for several hours after the sinking.

It had also not kept track of its communications with other boats. Any communication is typically destroyed after a certain period, he added.