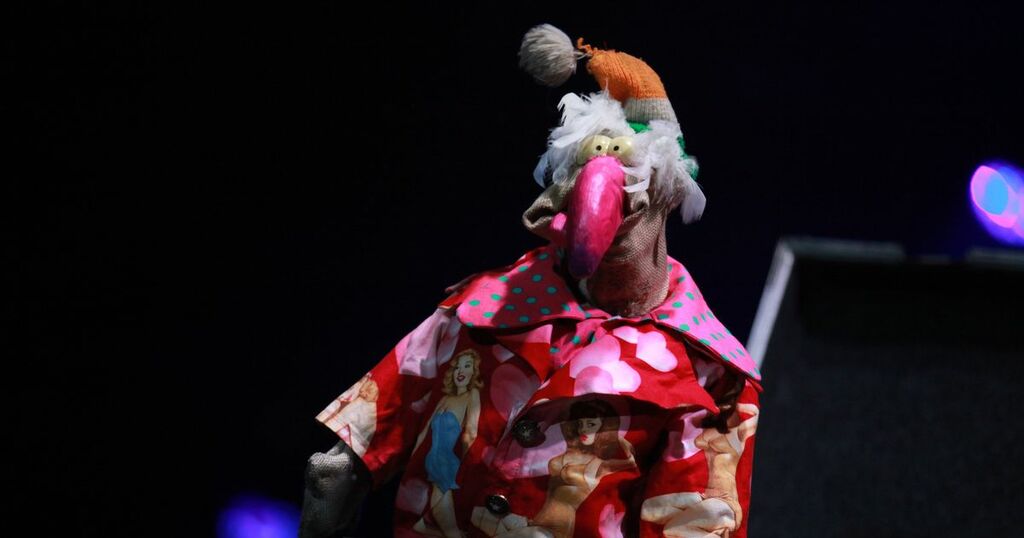 Puppeteer John Morrison - who created Dustin the Turkey - has admitted he wasn't disappointed when RTE axed The Den.

In a shock announcement on Tuesday evening, Double Z – the team behind Zig and Zag – announced the show would not be returning for a second series – despite being a ratings hit for the national broadcasters when it aired last year.

But John Morrison - the voice beind the talking turkey - said he wasn’t disappointed The Den wasn’t returning, admitting they were in two minds about it coming back.

He told us: "No, not really (disappointed). I enjoyed doing it, but it’s one of those things that you do at the time.”

Mr Morrison said it was a “Covid show”, adding: “There was no live audience.”

“We were in two minds. When they first said it was coming back, we were like ‘cool’ and then when they said about slots and stuff, we
said 'look, we wouldn’t do it in the light, it has to be done in the dark. It’s a family show during the winter and everyone watches it.'

“It’s sort of like que sera, sera. You never know, it might come back in 10 years’ time. No one is giving out.”

Mr Morrison said Dustin will pop up on our screens again soon, adding: “It has to be the right thing though.”

It comes after RTE star Ray D’Arcy broke his silence about The Den being axed, saying he is disappointed the kids show will not be returning.

Speaking frankly about the show being axed after just one series, Ray admitted he has been promoted to speak out against the axe because his nine-year-old son Tom told him that his voice should be heard.

Ray said he was chatting to his nine-year-old son, Tom, last night about it and Tom told him to speak out about it on his RTE One radio
show.

“Tom is aged nine. He was the strong one in the relationship last night. We were having the chats when I was putting him to bed. He
said, ‘so The Den isn’t coming back’ I said ‘Yea’ and he said ‘are you disappointed?’

“I said ‘yeah’ and he asked, ‘Would you like The Den to come back?’ and I said, ‘Yeah, I would’ and he said ‘Well, you have to make your voice heard’. That’s what he said. His exact words.

“What am I going to say? It’s disappointing, it’s a pity.”

Ray said there are no longer shows out there which can be enjoyed as a whole family - and believed Rte should be holding onto things that are “uniquely Irish”.

“And the big thing is you can count on one finger the number of TV programmes that families can sit down and watch together.

“Like there is very few and far between and The Den was that thing, wasn’t it?” he asked listeners on his RTE Radio One show.
“It got a lovely reaction when it came back last year.”

He noted how many adults who grew up watching The Den were now sitting with their children and watching the show as a family.

“Their children were laughing at the same things as what they laughed at as children. Like that’s very special.”

He also revealed how he was once told by a Netflix boss that the best programmes are the ones that are made “local and live”.

“I realised and I know it’s a very tough time for this organisation and for RTE and people who are privy to the information that I don’t
have access to have to make tough decisions and I realise that I do.

“But I remember talking to the man who held the purse strings for Netflix. This is like around seven years ago… and I said to him ‘what
advice would you give to an organisation like RTE?. Like we’re a small country, we’ve to compete against The Bcc, Netflix, Prime, Apple, Disney..'

“And he said, ‘well, I would keep it local and live’. That is the thing about live. We were going into people’s sitting rooms… on a Sunday
evening.

“Anyway, they decided that it is not coming back, and it is disappointing and hopefully I’ve done what my son asked me to do and
made my voice heard on that."

But fans on social media aired their annoyance that the show would not be returning – with an online petition has also been set up on uplift.ie.

Philip O'Reilly, who is leading the petition to get the show back on air, has written a letter online to RTE’s Director General Dee Forbes.

It reads: “Dear Miss Forbes, I am finding it very difficult to understand the reasoning behind the decision not to bring back The Den
for the 2021/22 season on RTE TV.

“This TV show was not only a fantastic nostalgia throwback for kids of the 80s and 90s but it also introduced them to a whole new generation who thoroughly enjoyed it.

“This TV show was one of the few reasons we had to laugh during the toughest of lockdowns and dark depressing Sunday evenings.

“I would appreciate it if you could please revisit your decision as all parties involved seem very upset & confused at this decision and
seem really enthusiastic to record another series.

“This TV show was one of the few reasons we had to laugh during the toughest of lockdowns and dark depressing Sunday evenings which I think would be beneficial to keep up during the coming winter where no one knows that lies ahead.”

Today FM’s Ian Dempsey, former host of The Den, criticised the move by RTE, tweeting: “Popular TV, perfect for all the social
platforms too, inexpensive to produce and enticing a new young audience. Why drop it?”