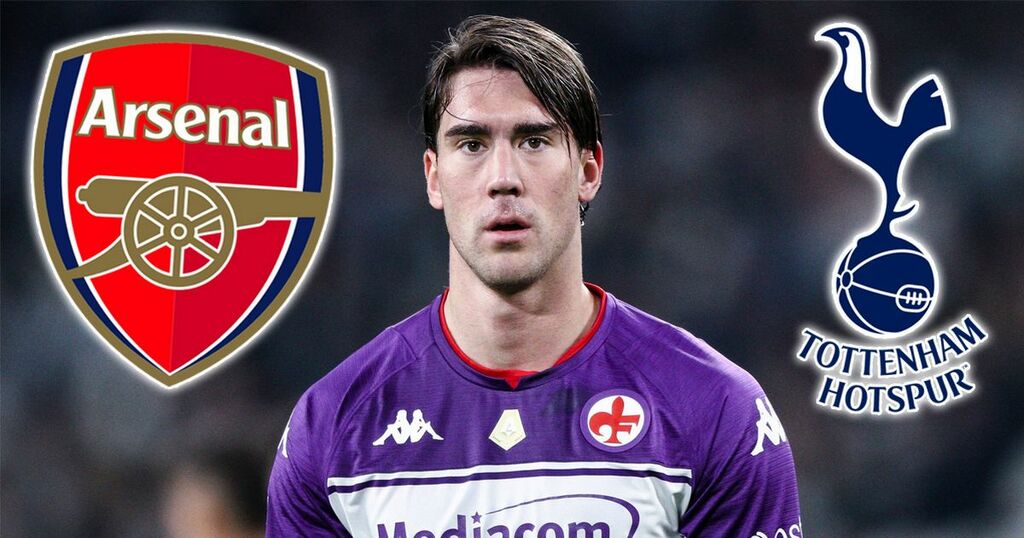 Dusan Vlahovic's next club will reportedly be a Champions League team as Arsenal and Tottenham pursue the Fiorentina striker.

The forward is a man in demand after scoring a record-tying 33 Serie A goals in 2021.

It's claimed the Gunners have made an approach for the hitman as they look to sign a new striker after Pierre-Emerick Aubameyang was stripped of the captaincy.

The Gabon striker's uncertain future, couple with Alexandre Lacazette 's expiring contract, means Arsenal are willing to break the bank for Vlahovic in January to stop him going elsewhere in the summer.

But Vlahovic, who has entered the final 18 months of his Fiorentina deal, is not convinced about moving clubs during the current window and would rather wait until the end of the season to weigh up his options, according to 90min.

Have Your Say! Which club would be the best fit for Vlahovic: Arsenal or Spurs? Comment here.

Nottingham Forest 1-0 Arsenal : 5 talking points as Gunners are dumped out of FA Cup

As it stands, Arsenal are inside the top four, but the Serbian is worried that they might not be able to offer him Champions League football in the long term, something that is of utmost importance to the player.

Spurs are another team keen on the 21-year-old as Antonio Conte looks to put his own stamp on the north Londoners.

It's believed Vlahovic would love to work under the Italian boss but playing in Europe's elite competition is a priority, something that Tottenham can not guarantee the rising star either.

Vlahovic's preference is to wait until the summer and he will not be rushed into a January move as Manchester City, Liverpool and Chelsea have also been linked with the talisman.

Mikel Arteta has admitted Arsenal are "open" to doing a big deal in this window as the club are desperate for additions at the top end of the pitch.

Meanwhile, across the other side of the city, Spurs will try to push through a £20million move for Wolves winger Adama Traore this week.

Tottenham are keen to do a deal for the 25-year-old Spain international who was also a target in the summer.

Conte wants to add reinforcements across all areas of the pitch and Traore's versatility as both winger, wing back and forward appeals to the Italian.