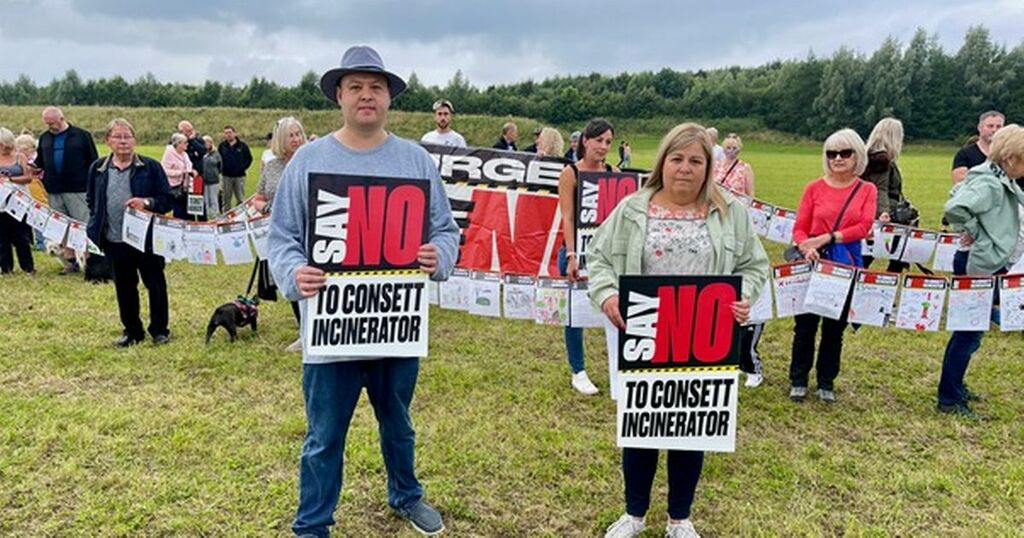 A controversial plan which objectors feared would blot a beautiful North-east landscape with a 50m-high chimney stack has been rejected.

Impassioned pleas to “say no to the incinerator” – including a campaign video, a rap song, children’s artwork, a petition and thousands of objections – were heard by councillors.

The scheme had drawn more than 3,500 objections, with nine letters in support.

The energy plant would have operated 24 hours a day treating up to 60,000 tonnes of waste per year, leading to 22 HGV movements per weekday, bringing nine full-time jobs.

The developers have argued it would stop rubbish from being buried in landfill sites for generations to come and generate cheap, environmentally friendly power.

But a number of councillors and campaigners spoke against the proposal.

A video from campaign group Say No To Consett Incinerator showing residents expressing their concerns, and a boisterous campaign rap track from Con Dawg N Crew, were played to the planning meeting.

Campaigner Christine Thomas said: “Basically, we don’t need an incinerator, and we don’t want one.

“The incinerator could rob our community of one of its greatest assets.

“This kind of industry should not be at the heart on Consett. It no longer belongs there.”

Cllr Dominic Haney, for Consett South, said hundreds of people objected to the proposal and it would have a “devastating impact on Consett’s beautiful rural skyline”.

Cllr Kathryn Rooney, for Consett North, said: “I can count on one hand the number of people in favour of the incinerator. Those against know that this will destroy the local environment.”

Raising concerns about noise, pollution and traffic, she said: “The glorious vistas from around the town and beyond will be dominated by the 50m-high chimney.”

Cllr Angela Sterling compared the plant’s size to that of the Angel of the North and the Leaning Tower of Pisa.

She added: “An incinerator not only hampers the town’s regeneration but throws it squarely in the past.

“Why would you want to bring something so unpopular to our home town?”

She pleaded to the developers “please do not appeal” if the decision went against them.

But senior planning officer Chris Shields said the scale of the development would cause “a significant and unacceptable landscape impact”.

He said the visual impact of the plant – standing much taller than surrounding buildings and becoming part of the backdrop to a Grade II listed High Knitsley Farmhouse – would also be unacceptable.

He added they did not accept it was a renewable energy development.

He told councillors: “It is considered that the tangible public benefits of the proposal are not sufficient to outweigh the heritage harm that would result from the development being approved.”

It was argued on the developer’s behalf that the “small scale” plan would be a catalyst for more investment, it would be on an industrial estate and would be screened from most views.

He said it “beggars belief” that planning officers recommended for the application to be refused “because it (the plant) can be seen”.

He said the facility created sustainable jobs, huge taxpayer savings and a “significant renewable energy opportunity” at a critical period for the economy, and these were not being allowed to progress because of “deplorable, negligent decision-making”.