No need to head off to exotic, far-flung destinations to explore the world's best beaches; a staycation could be just the thing.

That's because a Dorset beach has just been named among a list of the best 100 in the world.

Durdle Door on the south coast was joined by only one other beach - Tendby North in Wales - from the UK on Beach Atlas's global list.

The iconic stretch of sand lies about 25 miles away from Bournemouth and is known for being home to one of the most famous stone arches in the world.

The limestone arch is said to have been formed 10,000 years ago.

What's your favourite beach? Tell us in the comments below.

"The beautiful beach curving up to the arch is a mix of sand and gravel, and the water is clear as can be. Another wonderful natural phenomenon can be found nearby – The Purbeck Beds," Beach Atlas writes in its glowing review.

"A distinctive formation of exposed rock containing reptile and early mammal fossils. But to those who don’t dabble in geology, it’s just a beautiful sight of interesting rocks.

"There are also sea caves, but don’t enter them because of the dangers of cliff falls."

Also making the list is Tenby North, which lies in Pembrokeshire.

Its most recognisable feature is the Goskar Rock which burst out of the centre of the sandy beach at the water's edge.

The area is known for being rich with sea life including fish but also jelly fish, which can pack a powerful sting.

Those willing to go slightly further afield can head over to the Republic of Ireland where Keem Bay is the country's sole representative on the list.

The County Mayo beach sits close to the village of Bunowna, which is abandoned and a great area of exploration.

Beach goers with an adventurous streak willing to brave the Atlantic waves can hire kayaks and paddle around the coast for some stunning views.

Keem Bay, Durdle Door and Tenby North are the three British Isles entrants on the list.

They sit alongside world famous beaches including Bora Bora, Copacabana and Turtle Beach. 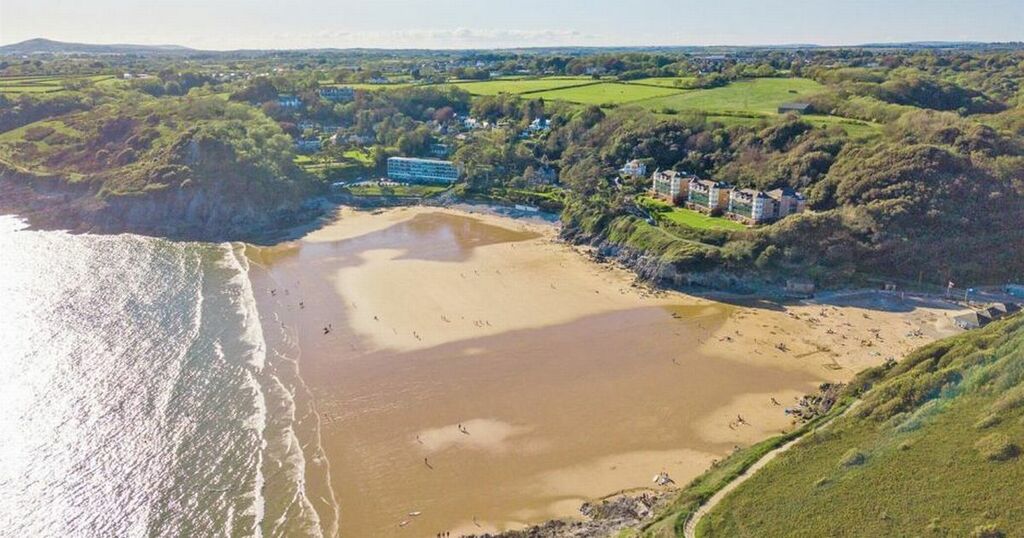 Across the UK 157 beaches have been awarded Blue Flag status for qualities including the cleanliness of their water, how…

Daily Mirror
Pembrokeshire's best beaches: The definitive guide to every bay and cove in the Pembrokeshire Coast National Park

Pembrokeshire has some of the best beaches in the world, so whatever you're looking for, we can help you find…