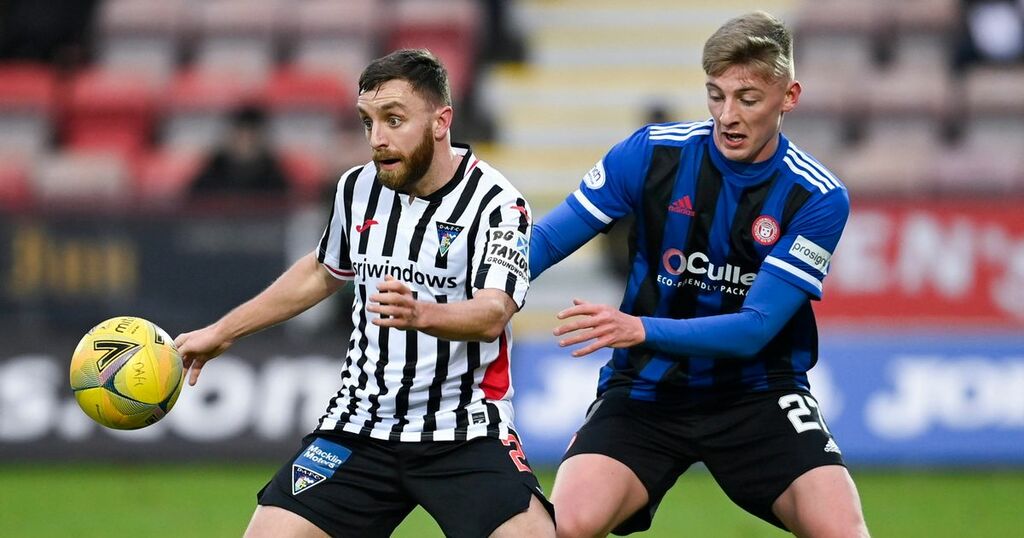 A Ryan Dow goal was enough split Dunfermline and Hamilton as the Pars ran out 1-0 winners in a tight Championship affair.

Matthew Todd and Mihai Popescu had big chances within the first 15 minutes to put their respective sides ahead.

But it was Dow's close-range strike before half-time which broke the deadlock after spell of attacking Pars dominance and Matthew Shiels' brilliant blocked denied their second goal.

Head coach Stuart Taylor's side came back into things after half-time but were unable to score the goal they needed.

It's a setback for the New Douglas Park club after a run of one defeat in six matches. They are still sixth and Dunfermline remain bottom, but a gap of six points now exists between the pair.

Accies made two changes from the side that drew 2-2 with Partick Thistle last weekend, Brian Easton and Marley Redfern out for Reegan Mimnaugh and Ronan Hughes.

Dunfermline headed into this game bottom of the league after a 5-0 humbling off relegation rivals Morton but made just one change from the side, Mark Connolly in at centre-back for Lewis Martin.

Popescu should have put Hamilton after just two minutes. Dunfermline didn't deal with an Accies cross, giving the Romanian a free shot at goal, but it trundled into the arms of Owain Fon Williams from all of three yards out.

Taylor's men were cutting through John Hughes' at every opportunity and hit the opposition box with a barrage of Mimnaugh corners.

Popescu was given another go from one but this shot on nine minutes was more difficult and just as easy for Fon Williams to collect.

Up the other end and new Accies defender Daniel O'Reilly was let off the hook on 11 minutes.

His botched clearance eventually bundled its way to Todd, who's shot trundled under goalkeeper Joe Hilton before the stopper recovered on the goal line.

Lewis McCann was the next to have a go at the Accies goal on 22 minutes but his header inside the box was into the ground and landed in Hilton's arms.

The home side had been pressing and probing, eventually earning their rewards on 32 minutes. McCann's initial effort was brilliantly saved by Hilton but a stramash near the goal line ended with Dow bundling home.

It had been coming after Hughes' team picked up the pace as the first half wore on. They had peppered the Hamilton goal after a bright away start.

Andy Ryan had a chance before the break but the Hamilton forward put his effort high and wide. Only an outstanding Shiels block prevented Dunfermline from doubling their lead.

A sweeping move handed Dow a shot from five yards out on 50 minutes but the former Rangers kid slid across the goal line to divert the danger out for a corner.

Shiels was involved in more drama three minutes later - this time at the other end. He slid into the post while taking a shot which was remarkably stopped by Fon Williams.

O'Reilly tried his luck for Accies a minute later but again the former New Douglas Park goalkeeper stood tall. Taylor's men were growing in confidence but Ryan's volley with 20 minutes to go brought them no closer to 1-1.

Ryan was keen for a goal against the club he left in 2020 and Connolly's wayward clearance put him through on goal, but he cut back and chipped the ball into Fon Williams' hands.

Hamilton hadn't conceded a goal to Dunfermline in the two previous matches and took four points from six, but they left this one empty-handed.