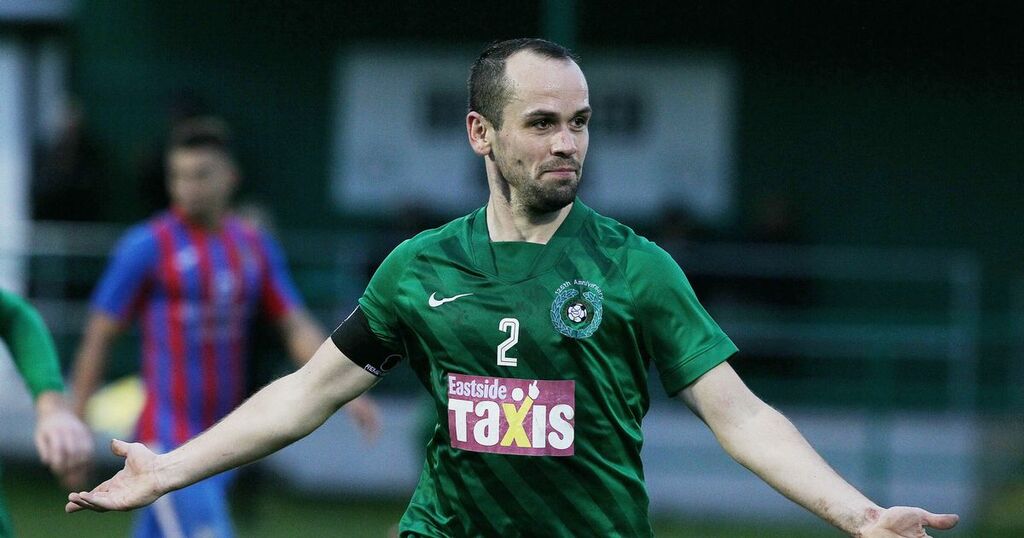 Dundela defender Tony Kane has urged his teammates to use the “hurt” to motivate them into a run of results to transform the season.

The former Cliftonville and Ballymena United defender was on the scoresheet as the Duns recorded only their second league win of the season on Saturday as they defeated second-placed Ards 2-0 at Wilgar Park.

Kane – a summer recruit after ending his decade-long stint at the Sky Blues – is embarrassed by the club’s results and believes the players must draw on their pride to improve their standing.

“There will be players at every other club who will be laughing at us and our situation, and that hurts,” Kane told Match on Tuesday.

“But you know what, they have every right to laugh at us – because we should not be in the position that we are.

“This season has been really difficult for everyone involved at the club and we need to all look at ourselves to evaluate what has gone wrong.

“I felt so bad with what happened with Colin (Nixon, right) and his coaching team because we as a team just could not get the results for them.

“Niall (Currie) and his staff coming in gave us a lift but things had then sort of reverted back to that run of poor form.

“You need to work for your luck in football and for everything else, if you are not fully at it in any given game then you will be punished.”

Kane insists that there is the quality in the Duns ranks to shoot up the table with a run of victories but individual mistakes have cost them this season and these must be eradicated.

“Colin assembled a great squad but we could not get the results that we should have, and we cannot
explain what went wrong,” the 35-year-old added.

“We were not getting outplayed and even though every team has off days, we always competed and were in the matches – but our luck was out and we made very costly mistakes.

“We have beaten Carrick, H&W Welders and Ards this season, we were leading in Newry until the late stages – that shows what we are capable of doing against sides at the top end of the table.

“But when you are in a losing rut then your mindset falls into that place where you feel like everything is against you – we need to change that.

“If I had a montage of the goals we have conceded this season, the number of errors would be frightening – I guess that is the result of low confidence and not being on your game.

“What we need to do is kick on and put a run of results together to close that gap.”

Alongside the result on Saturday, two big plus points for the Duns were teenagers Ryan McKay (16) and Rhys Annett (17) once again impressing for Currie’s side.

“Rhys and Ryan were excellent and they were probably what we have been missing this season, some really talented youngsters who are full of energy,” added Kane.

“We need to replicate what we did on Saturday going forwards and try to put a run of results together.”

Despite the run of defeats, Kane has no regrets about joining the East Belfast club this year.

“Dundela are a club who treat you well – it is run by good people with great management and coaches,” he added.

“I have loved being at the club despite the results, the spirit in the dressing room has been really good and I do not regret the move at all.

“A lot of players have come into the club and would say the same, but we all know that we need to step up with our performances to do ourselves and the club justice.

“I feel like I still had a lot to give in the Premiership and despite turning 35 next year I still feel like I’m in great shape and can enjoy plenty of success.”

The Duns face a crunch match against basement side Queen’s at the Dub on Saturday with a 3pm kick-off.