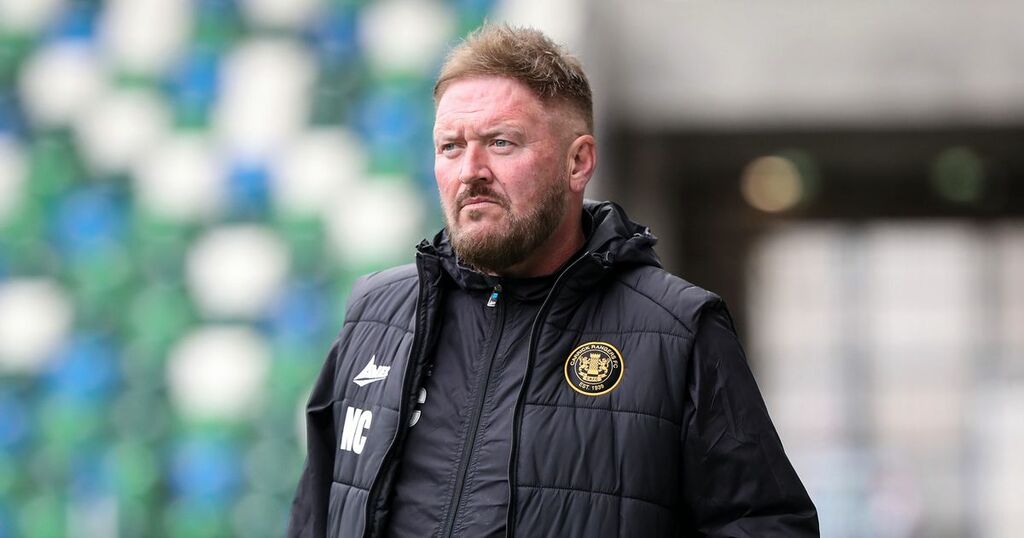 Niall Currie is back in an Irish League dugout after being appointed manager of Championship strugglers Dundela.

Currie, who stepped down as Carrick Rangers boss in May, was unveiled by the Wilgar Park club on Monday evening.

The 49-year-old, who has also managed at Ards, Portadown and Loughgall, succeeds Colin Nixon who parted company with the Duns at the weekend.

Dundela are currently rooted to the foot of the 12-team Championship with just one point from their opening seven league games.

But Currie, who boasts a wealth of experience and a keen knowledge of the second tier, will back himself to turn the club’s fortunes around.

The former goalkeeper recently stepped down as Carrick boss with a “heavy heart” after a largely successful period with the East Antrim club.

He masterminded Carrick’s return to the Danske Bank Premiership in 2019 and led the club to an eighth place finish during the 2019/20 season.

He also enjoyed a successful spell as Ards manager and managed his hometown club Portadown between 2016 and 2018.

His first game at the Dundela helm will be Tuesday night’s League Cup tie with Ballinamallard United, while his first league outing will be at home to Annagh United on Saturday.