Dumfriesshire village turning apples into footballs thanks to cider firm 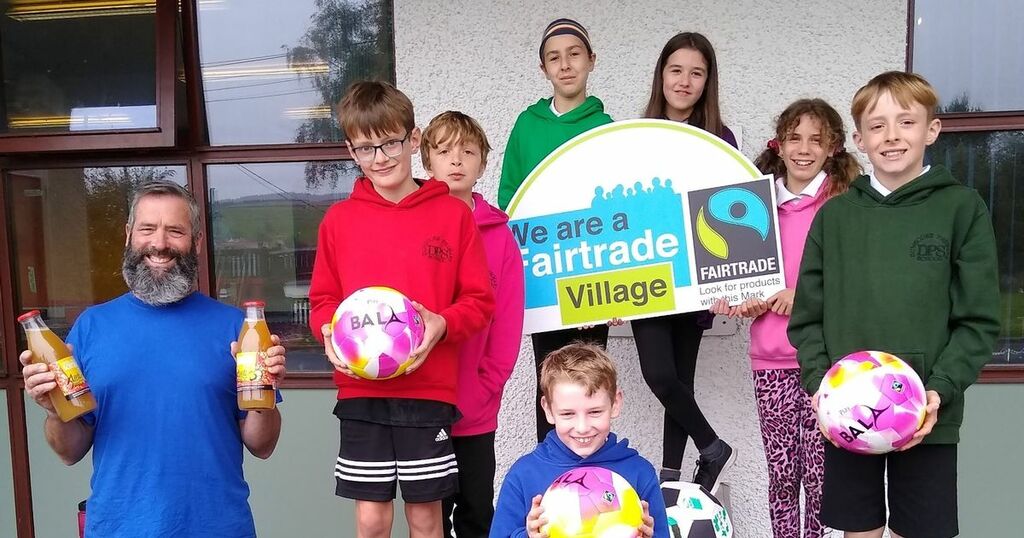 Apples have been turned into footballs for children in a Dumfriesshire village.

Dunscore holds an annual fundraising and awareness-raising Big Brew as part of Fairtrade Fortnight in February but that wasn’t possible this year because of the pandemic, although they have had smaller events.

So a small, local enterprise based between Dunscore, Auldgirth and Penpont, which makes Steilhead Cider and Apple Juice, decided to support the village’s ongoing Fairtrade campaign and keep the momentum up.

Steilhead Cider offered to give a percentage of their sales made during fortnight to buy Fairtrade footballs for local primary schools – Dunscore, Duncow, Moniaive and Penpont.

Company spokeswoman Penny Nowell said: “Many local people have supplied us with apples so it is lovely to be able to give something back.

“Primary schools have had a difficult time through the pandemic and Fairtrade Fortnight was a great opportunity to do this. We hope that the children have a good time playing with the footballs.”

Dunscore’s P7 class was thrilled to be the first school to receive the Fairtrade footballs on Friday with the rest to get theirs soon.

Partnership head teacher for Dunscore, Duncow and Moniaive schools, John Carter, said: “We are delighted to be one of the local schools benefitting from the fantastic gift of Fairtrade Footballs from Steilhead Cider.

“This is welcome support from a local business, based in our community.”

He added: “The children at Dunscore Primary are very well support by the Dunscore Fairtrade Group and, along with our partner schools, have been learning about how Fairtrade can transform the lives of people making the footballs.”

Dunscore is a FairAchiever School – the highest award available to schools supporting the campaign.

The Fairtrade Group meets monthly led by members of the Dunscore Fairtrade Village and were only to happy to help the children learn about Fairtrade footballs.

Most hand stitched footballs are made in Pakistan where 12 hour shifts up to seven days a week are common, with women and children especially affected.

Workers who make the balls are typically paid per unit completed rather than per hour, and it has been found that women – who represent a large share of the industry’s workforce – regularly face discrimination and harassment.

Because of the low wages they receive, many workers keep their children out of school to stitch balls from an early age and, to supplement meagre income, workers often moonlight as smallholder farmers.

However Fairtrade workers get a minimum wage plus a premium of 10 per cent of the export price of the balls for the community which decides how the money is spent.