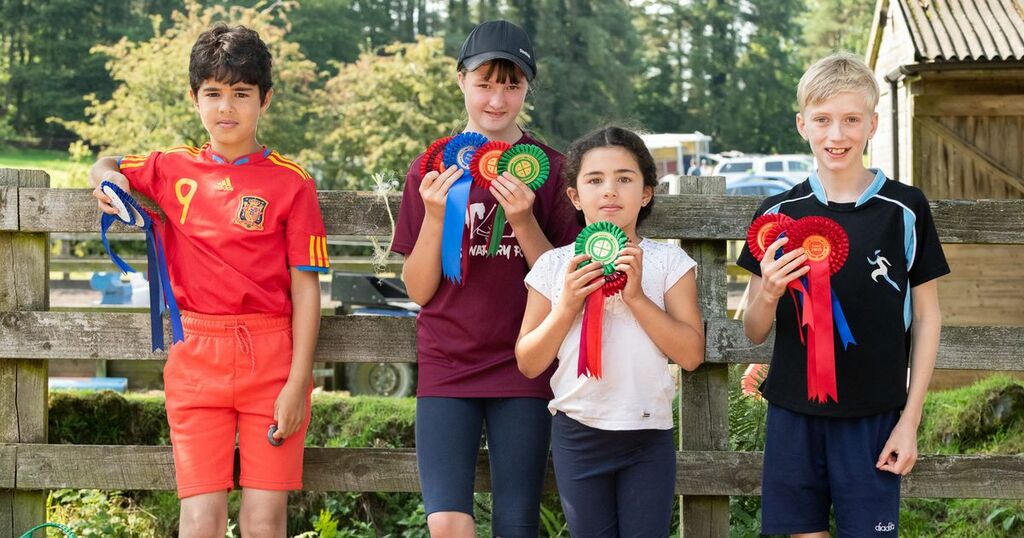 Twenty competitors from across the Pony Clubs in Dumfries and Galloway took part in a tetrathlon taster competition at Gelston Castle at the weekend.

The competition, organised by Trine Campbell and Janice Craig covered all four elements of the sport – shooting, swimming, running and cross country.

Susan Muir another major supporter was on hand to help with alongside current and past tetrathletes, Lauren Craig, Kristina and Oliver Campbell, who have all represented the Stewartry and Scotland.

The region has a long history of providing tetrathlon competitors at the Scottish and UK level of the sport. The most famous former tetrathlete from Stewartry Pony Club is of course Jo Muir who took part in the Tokyo Olympics earlier this year and this competition aimed to introduce new people to the sport.

Sarah Burton, District Commissioner of Stewartry Pony Club, said: “It was so kind of Mr and Mrs Scott to allow us the use of their amazing facilities in the beautiful setting of Gelston Castle. There are not many places in the area that can cover swimming, running and XC riding at one facility. And to have arranged sunshine for us too was fabulous.

“A huge thanks also has to go to Justine Hunter-Brown who not only designed the cross country course but also helped with the organisation whilst also being a pony club mum to competitors Jessica and Jacob.

“It was thanks to Janice and Trine’s enthusiasm that we had 20 competitors from across the region and it looks like we could well have some future tetrathlon stars in the making. The effort and determination that all the competitors put in was amazing to watch.”

Beanies (7 yrs and under throw beanbags rather than shoot): 1 Heidi Young; 2 Aria McLachlan; 3 Jacob Hunter-Brown; 4 Evie Young; 5 Callum Dick. Arabella Boam did the three triathlon elements and was second for those elements.

Minimus girls (11 yrs and under): 1 Emilia Petrucci; 2 Ella Fairburn. Grace Stovell did the triathlon elements and was second for those elements.

Junior girls (14 and under): 1 Jasmine McCulloch.