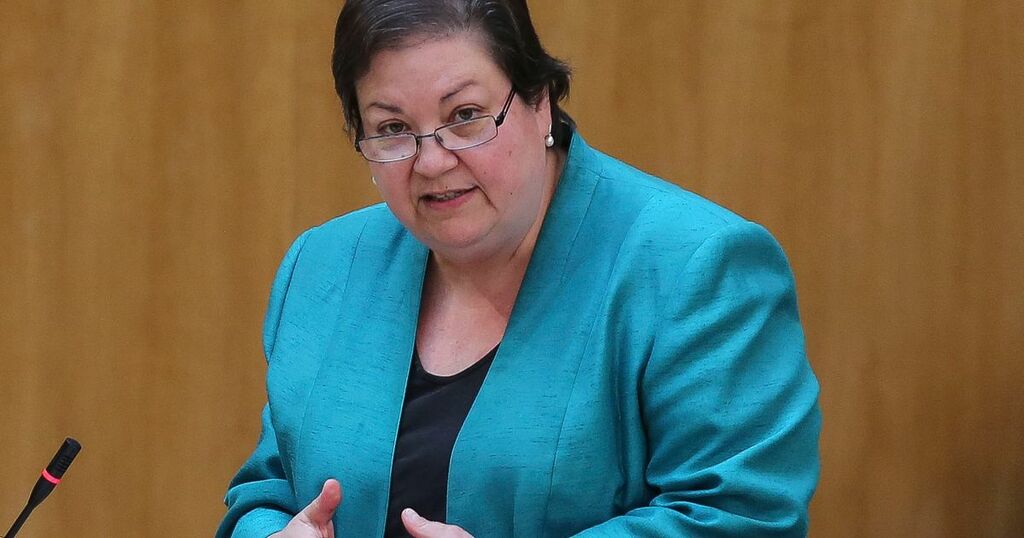 Deputy First Minister John Swinney has been reported to the national statistics authority by Jackie Baillie MSP after he was accused of making an “erroneous claim” over the impact of Covid restrictions in Scotland.

The Covid recovery minister suggested coronavirus infection rates in Scotland were lower than in England because of extra measures introduced north of the border.

Speaking on the BBC Radio Scotland’s Good Morning Scotland show on Tuesday he suggested Office for National Statistics (ONS) figures showing one in 40 Scots were infected compared to one in 25 in England were “the strongest evidence that the measures taken in Scotland are protecting the population from Covid”.

But the figures cited by Mr Swinney were from before the Scottish Government imposed additional restrictions.

Scottish Labour deputy leader Jackie Baillie said, in a letter to the watchdog’s chairman Sir David Norgrove: “I am deeply concerned to hear John Swinney MSP, Deputy First Minister and Cabinet Secretary for Covid recovery, wrongly use statistics from before the festive period to suggest that restrictions across Scotland, introduced by the Scottish Government, resulted in only one in 40 Scots contracting Covid-19, as compared to one in 25 in England.

“The deputy first minister cited a Covid-19 Infection Survey, published by the Office for National Statistics (ONS) on December 31, 2021, in making this erroneous claim.

“The data corresponded to the week ending December 23, 2021 when restrictions were not in place and the rules in Scotland and England were largely the same.

“In reality, the latest infection survey from Office for National Statistics, to the week ending December 31, 2021, shows that one in 20 Scots have contracted Covid-19.

Speaking about her decision to report Mr Swinney, Baillie added: “Public trust in the actions of the Scottish Government is of paramount importance, but it risks being eroded due to selective and erroneous use of statistics by senior figures such as Mr Swinney.

“The Scottish Government has a duty to present the people of Scotland with the facts as they are, not as the Government would wish them to be.”

In the Scottish Parliament on Wednesday, First Minister Nicola Sturgeon defended her deputy, arguing he had used the most up-to-date data available at the time.

And a Scottish Government spokesperson said the claims are “totally unfounded”.

They add: “Prior to Boxing Day there were already substantial differences in Covid protections between Scotland and England – most importantly on wearing face coverings.

“The Deputy First Minister made the entirely valid point that the different approach we are taking in Scotland is helping protect the population from the virus, using the latest available data published at the time.

“This point is backed up by the latest ONS data published on Wednesday, which estimates around one in 15 people in England tested positive for Covid in the week ending December 31, compared to one in 20 in Scotland.”

In its more recent infection survey, for the week ending Friday, December 31, the ONS estimated around one in 20 people in Scotland had the virus, compared to around one in 15 in England, one in 20 in Wales, and one in 25 in Northern Ireland.