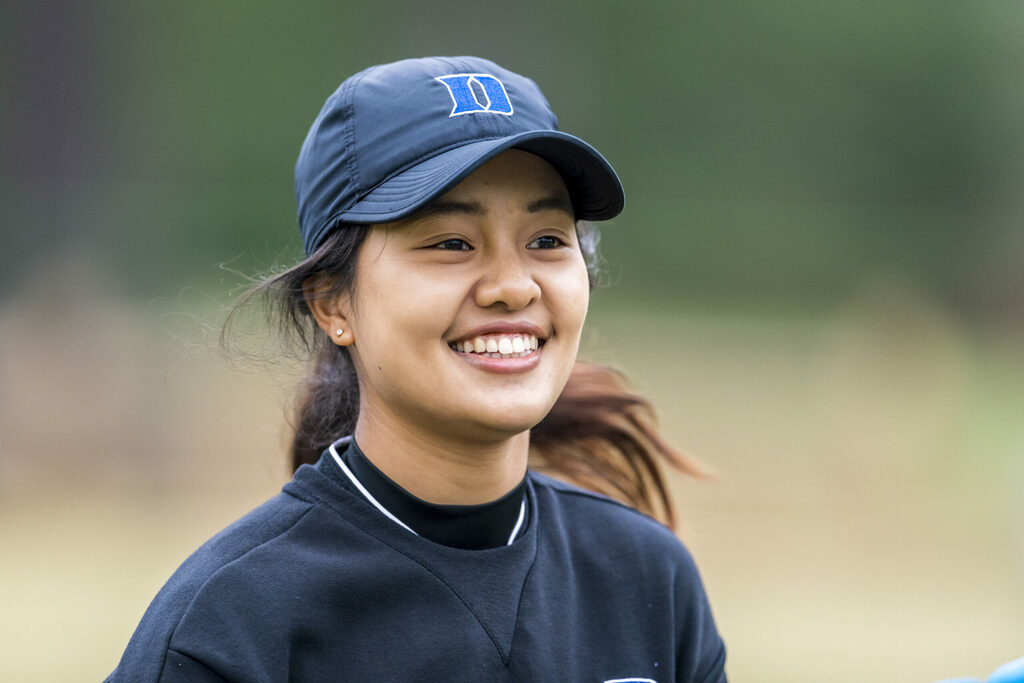 The unanswered questions of a newbie professional are many. Jaravee Boonchant, a member of Duke’s 2019 national title team who turned professional after the Blue Devils’ latest trip to the NCAA Championship in May, would like some sense of what faces her.

She’s about to have a direct line into one of the game’s greats to clear up some of the mystery.

Boonchant has been named the winner of the Juli Inkster Senior Award presented by Workday, recognizing the highest ranked women’s Division I collegiate golfer in her final year of eligibility for the 2020-21 season. Boonchant, from Thailand, is the second winner of the award, following 2020 winner Natalie Srinivasan of Furman.

Inkster’s name is particularly appropriate on the award, given that the three-time All-American at San Jose State (1979-82) elected not to turn professional until after receiving her college degree, winning 17 individual titles during her college career.

“Jaravee had an amazing college career at Duke and stuck it out through the challenges of the global pandemic to earn her college degree at one of the most respected higher education institutions in the country. That says a lot about not only her performance on the course but also about her goals and passions away from it,” Inkster said in a release. “I look forward to mentoring Jaravee as she navigates the next stage in her professional and personal journeys.

“I also want to thank the Women’s Golf Coaches Association and Workday for partnering with me on this award,” continued Inkster. “To have a player be honored for her commitment to her school, coaches and her teammates is what this award is all about.”

Boonchant graduated from Duke in April with a degree in Statistics. A three-time All-ACC and four-time All-American selection, she accumulated a 71.99 stroke average over four seasons, the third-best career stroke average in Duke history. She finished her senior season ranked No. 13 in the Golfweek/Sagarin College Rankings.

She turned professional after the national championship and began to chart her professional career, playing the Texas Women’s Open (she finished T5) and competing on the Women’s All-Pro Tour.

Not long after starting that adventure, she got a call from Inkster herself, who broke the news that Boonchant had won her namesake award. All Boonchant knew was that she was supposed to pick up the phone call that would be coming from a number she didn’t recognize.

“So when I got a call from Juli, I was like wow,” she said. “I wasn’t sure if she called to say that I won the award or if someone else won it.”

Boonchant Monday qualified for the LPGA’s Marathon Classic earlier this summer but hasn’t played another tour event. As a perk of the award, she’ll play the Cambia Portland Classic, taking place at the Oregon Golf Club in West Linn, Oregon, Sept. 16-19. Then it’s on to Stage II of LPGA Q-School – Boonchant also got a pass into the second stage based on winning the award.

“After I turned pro I didn’t really have a mentor,” said Boonchant, who says former Duke players like Ana Belac as well as Thai LPGA player Pajaree Anannarukarn have fielded some of her many questions. Duke assistant coach Jon Whithaus also helped her on her way.

Professional golf is a very different arena, however, and with her parents back in Thailand, Boonchant is largely navigating it alone. She has booked her own rental cars and made her own hotel arrangements in this first foray into the next stage.

“It would be nice if I could know beforehand the difficulties I might face on this journey,” said Boonchant when asked what she hopes to learn from her time with Inkster.

With the award, Boonchant receives $50,000 from WorkDay as starting-out money to help with expenses. But she also scores face time with Inkster in the form of a two-day retreat with the LPGA legend.

“I think I would love to just play a round with her,” Boonchant said. That would also offer the chance to pick her brain on all things LPGA, from choosing tournaments to mental game to dealing with the pressure.