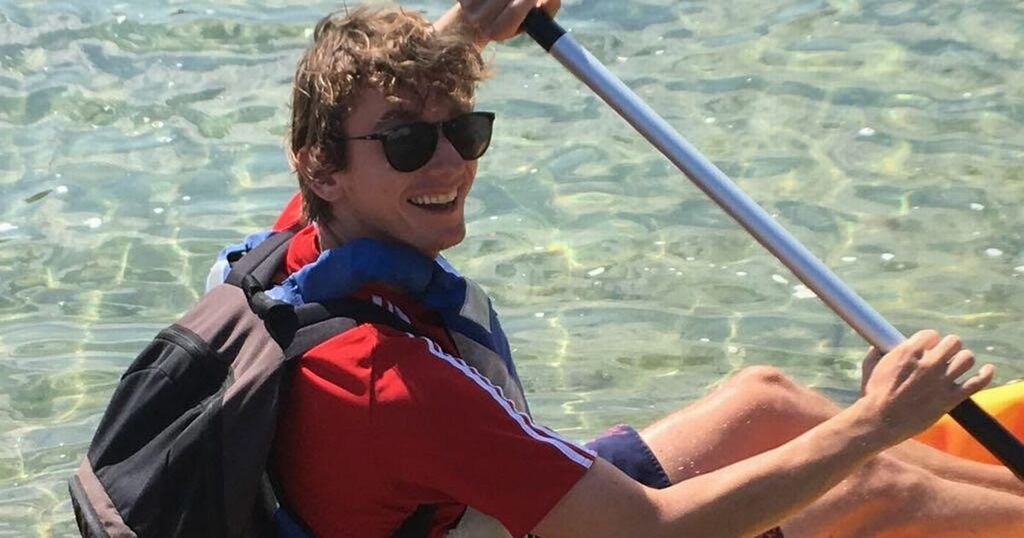 A south Dublin woman who lost her son to suicide has called for urgent reform of Ireland's mental health services ahead of the next Budget.

Colette Douglas' son Rob died by suicide in November 2020 when he was just 35-years-old.

The heart-broken mum feels that the adequate services were not in place to help Rob when he needed it the most and has joined a group calling for a dedicated A&E for those suffering with mental health problems.

Colette told Dublin Live that Rob had mental health issues in his late twenties but that they were manageable.

But the popular young man had a breakdown while he was at the 2019 Rugby World Cup to cheer on Ireland in Tokyo.

Colette said: "Things came to a head just before the Tokyo World Cup in 2019 and he had a major breakdown in Tokyo."

Rob, who worked as an accountant, flew home to Dublin and was met by his brother.

"His brother picked him up from the airport and brought him straight to A&E in a Dublin hospital," said Colette.

Rob was released with a referral to the mental health services in his catchment area.

However, this was to the first of many trips to A&E.

Three emergency journeys followed in quick succession which all resulted in referrals.

Colette became increasingly worried after a particular conversation with her son.

"One afternoon I was lying on the bed with him here and he said to me: 'Mum just please let me go'."

The concerned mother immediately rang a helpline who told her to bring Rob to A&E immediately.

She said: "I didn't actually bring him and he didn't want to go.

"I didn't see any point in it myself."

Rob spent time in a psychiatric hospital in a secure ward and Colette was taken aback by the conditions.

"I was shocked because he was in a row of bed at the nurse's station," she said.

"During the night somebody might have to be restrained beside him.

"My son was too unwell for that."

Colette feels that there was a lack of 'joined up thinking' in the system.

She also believes that there is still a stigma attached to mental health problems in this country.

She said: "There's this thing of separating your mental health from your physical health as if you were two separate human beings."

"There's a pandemic out there," she said.

"This is a pandemic."

Rob was discharged from hospital just as the Covid-19 pandemic was taking hold in the country, meaning that he was not able to socialise with colleagues and his many friends.

"He wasn't able to get on with his life," said Colette.

He was referred to a programme with a huge waiting list that he was never able to join.

Colette is also calling for more support for family members and next of kin.

She said: "At the end I was so stressed.

"I actually hit a wall myself and that's what it does to families.

"The people that are supporting them need support."

The national coalition for mental health is calling on politicians to invest €85M in Ireland's mental health services in Budget 2022.

CEO of Mental Health Reform Fiona Coyle said: "Covid-19 has adversely affected the physical and mental wellbeing of many people in Ireland.

"Thousands more people have come forward to access support during this difficult period.

"Now is the time to resource, rebuild and reform our mental health services, we cannot go back to a broken system."