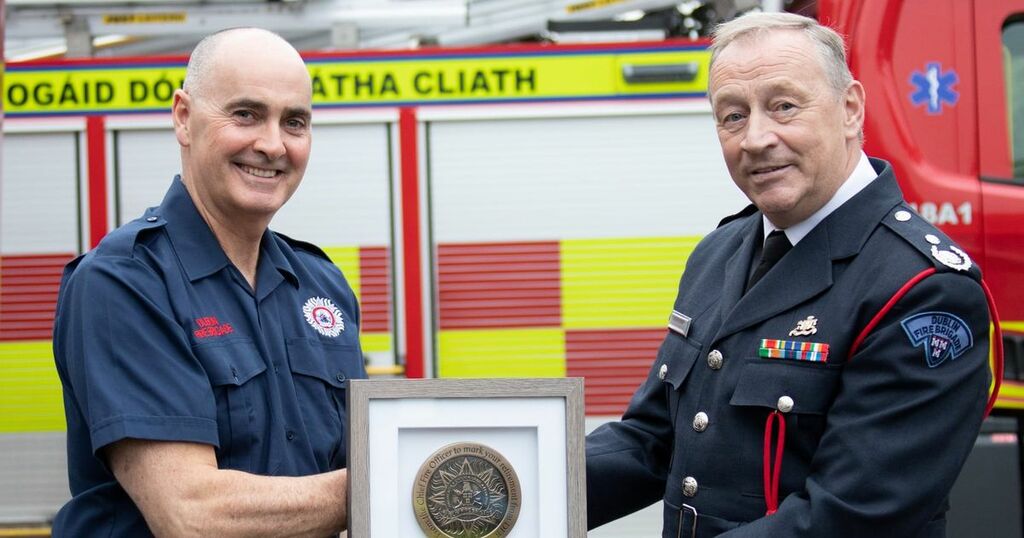 Dublin Fire Brigade have paid a heartfelt tribute to a brave firefighter heading off on a well-earned retirement.

Taking to Twitter, DBF wrote a message of thanks to Vincent.

"Vinny worked with C Watch in Kilbarrack for most of his career which included being an EMS instructor. Having joined us in July 1985, Vinny will be missed."

People from the local community in Dun Laoghaire flocked to social media to wish the courageous firefighter a much deserved retirement.

One Twitter user said: "Thank you for your service Vincent. It is certain many people owe you their lives. Enjoy your retirement."

Another said: "Absolute gent all the best Vinny enjoy the retirement."

"All the best Vinny."