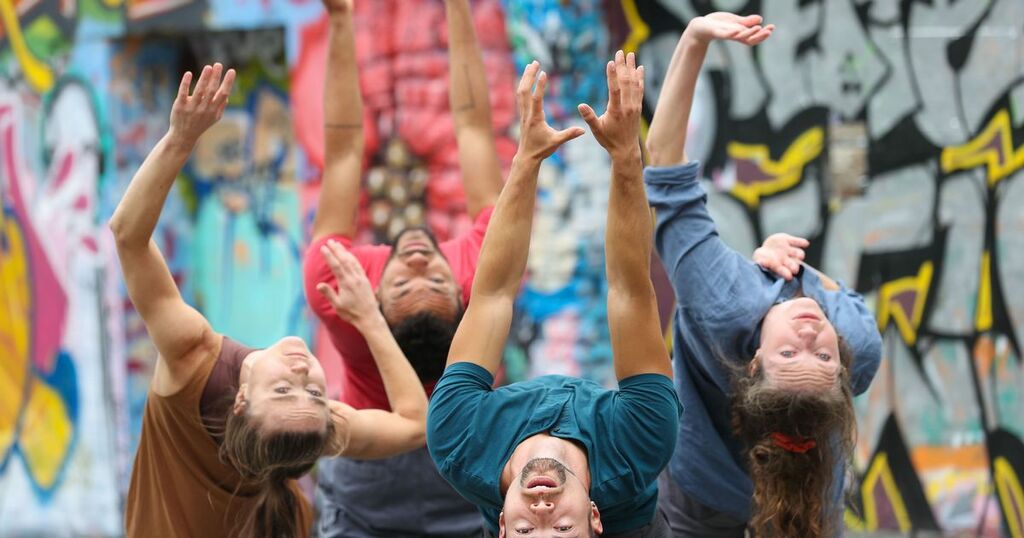 Taking place on Friday, September 17, Culture Night is set to bring some amazing sights, sounds and experiences to Dublin.

With a whopping line-up of exhibitions, shows and thought-provoking displays, this unique event will serve as a perfect reminder of the charm of Dublin both new and old.

Ireland, and Dublin, can be often romanticised as the land of saints and scholars, which can sometimes come across as cheesy. What distinguishes quality art and culture from the stuff they push in Hollywood? That would be the talent to be found in local communities across the city.

Through all of the changes the city has seen in decades past, one thing remains the same: Dublin is home to amazingly talented and creative artists, many of whom we would never be introduced to if not for free events like Culture Night.

A taste of what to expect

Muireann O'Sullivan, the Dublin co-ordinator for Culture Night, spoke to Dublin Live about her excitement for the event and what we can expect next Friday evening.

She said, "One thing I'm very excited to see is a group called First Day Gallery run by artists Neil Dunne and Robin Carey. They're a sort of nomadic gallery making use of spaces around the city that are otherwise unused. This time, they're collaborating with the Guinness Storehouse so there'll be a pop-up exhibition there.

"There's also a performance piece in Fairview, CoisCéim Broadreach who have been workshopping all through summer with a group of older people. There's body work, dance work and vocal work and they'll be doing a performance.

"There are also a bunch of walking tours which will be great. Lisa Marie Griffith previously did some great walking tours about bookshops and this year she's doing a new one around libraries. They're some of the most democratic places in the city with interesting histories.

"We have three specialist artists commissioned being directly funded by Dublin City Council. We've the amazing team from Irish Modern Dance Theatre who have been commissioned for a new street symphony which will be staged in the Wood Quay Amphitheatre and Meeting House Square.

"We've got Kevin Bohan and Iljin, two artists in residence down in the Icon Factory who will be live painting murals along the Bedford Lane in response to Louis MacNiece's poem Dublin.

"Niall Cullen has created a video work called Ephemeral Monument and we're going to project that onto the five story building there at Dame Street and Banardo Square, from about 10pm until 11.30pm.

"We have two of the last traveller tinsmiths in Ireland, James Collins and Tom McDonnell. Their work is stunning, they make tin and copper household items. They will be doing two live tinsmith demonstrations in Wood Quay.

"There will be two traveller women there, Molly and Sheila, who will speak about the crafting and the place it holds in traveller culture."

"Despite all of the adversity in the lead up, the absolute overwhelming flood of interest in being included in the programme has been amazing. I really didn't know back in May what we would have by September," she added.

Dublin is more cultural than you think

For the average Joe like myself, the words 'culture' and 'art' can sometimes seem like quite exclusive ideas, only to be enjoyed by those with a more 'profound' way of looking at life.

What we often don't realise is how much Dublin culture we soak in during our regular day to day. This is something that hit home for many during the various phases of lockdown.

Muireann explains to Dublin Live, "Ireland in general is beautifully cultural. Any capital city is always that melting pot of culture, art and creativity.

Walking around Dublin during the pandemic, your heart would break with the tangible things not being there, like the buskers on the street. You really felt like a lot was taken away.

"Even if you're not overtly into the arts or culture, it was very obvious that there was a void there. To have it back and to have Culture Night going ahead, is a testament to Dublin City Council and the Arts Council.

When we were sitting down going through the applications for this year's programme, we really realised the level of talent that exists in the city and how important it is to nurture and support it.

"When you're out and about amongst the goings on, you notice the oddities that just happen in the city streets that either make your day or make you think. It's amazing to go out the door again and there's light, there's sound and there's people enjoying themselves in a more relaxed way."