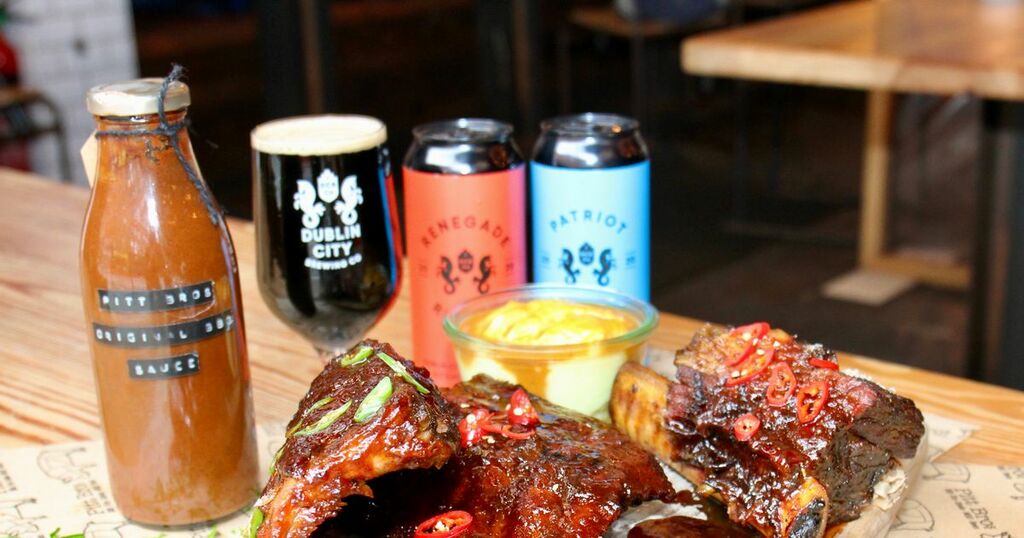 Two shining stars of the city's food and drink scene are linking up for a lip-smacking evening of culinary delights.

On Thursday 30th September, Pitt Bros barbecue restaurant on George's Street will be the venue for the latest instalment of Dublin City Brewing's Tasting Club - and the restaurant has come up with a special one-off menu fit for the occasion.

The craft brewery, which launched in July 2020, started its tasting club earlier this year, collaborating with some of Dublin's best restaurants to pair great food with their range of beer.

Due to the restrictions, the nights started on Zoom, but last month they ventured into the real world, and packed out Koh Restaurant off Jervis Street.

The event at Pitt Bros will kick off at 8pm on the 30th, and each guest will receive a platter of bespoke barbecued delights, along with three 250 ml serves of beer.

Pitt Bros owner David J Stone has created a special one-off menu where each of the dishes is made with a different Dublin City Brewing beer:

Each guest can also choose two sides on the night.

Dublin City Brewing's head brewer Fergal Murray said: "There are few better pairings out there than great beers and barbecue.

"I am truly humbled to see that the fantastic team in Pitt Bros have prepared a whole menu of gorgeous meats made with our beers.

"With our choice of malts and hops, there are so many flavours for a chef to play around with - from the bitter, to the sweet and the sour.

"I am particularly looking forward to the Slow-smoked FX Buckley beef rib cooked with our DCB stout glaze. Heaven on a plate!"

Tickets are on sale now, priced at €60 for a table of two.