Emer Hourigan is ready to break into the modelling industry as a wheelchair user and to be an advocate for people with disabilities.

She has been a wheelchair user for 16 years but has never let anything stand in her way, having had to adapt to a different point of view in her teens.

Emer told Dublin Live that she is excited to show others how fabulous our differences and unique qualities are.

Read more: Opinion: Why are people with disabilities invisible in Irish media?

She said: "I originally got into modelling because of a competition I entered with Pippa O'Connor. She had a competition up on her page just for average, normal people to do a photoshoot.

"I entered that. To my surprise I got picked. I attended that event and it was absolutely fantastic. That then led me on to doing some thinking that maybe it was time that someone in a wheelchair can stand out there and be a model too and represent people with disabilities."

While Emer's stunning looks make her a natural model, her positive attitude and joyful personality is no doubt why she has seen success in her career.

"It has given me an opportunity to see things from a different point of view. It opened different doors that I didn't think were possible.

"I kind of see this as a strange blessing and I want to show people that it doesn't matter if you're different or if you're in a wheelchair.

"You can still be fabulous and deserve all the good things."

The Nenagh native's life changed forever when she was in a car accident at the age of 19 but Emer promised herself that she would adapt and overcome any challenges she might face.

She said: "Going from being a 19-year-old who was young, vibrant and bouncing around living life to all of a sudden you're in this car accident and you're being told that your life will never be the same was very traumatic. It was a lot to take onboard, trying to figure out how I was going to adapt.

"To my surprise, I'm a lot stronger than I thought. I adapted. I do thank my husband a lot because he was very supportive. I chose that my wheelchair was not going to define me.

"My mentality is that I can still be just as good as anybody.

"I don't see the difference between having a disability and not."

Now, Emer is ready to throw herself into the industry and be an inspiration to younger women who might not see models who look like them.

She said: "The world has become more open to disabilities, diversity, cultures. It's all being more accepted. I said it was now or never and I was going to take the opportunity to jump on it and put myself out there.

"In terms of the type of modelling I'd like to do, I'm open to all areas. I want to experience it all and explore it all. I'm just happy to be putting myself out there and representing people with difficulties."

Read more: Dublin graduate, 24, with cerebral palsy calls for support to avoid 'worst nightmare' of ending up in nursing home 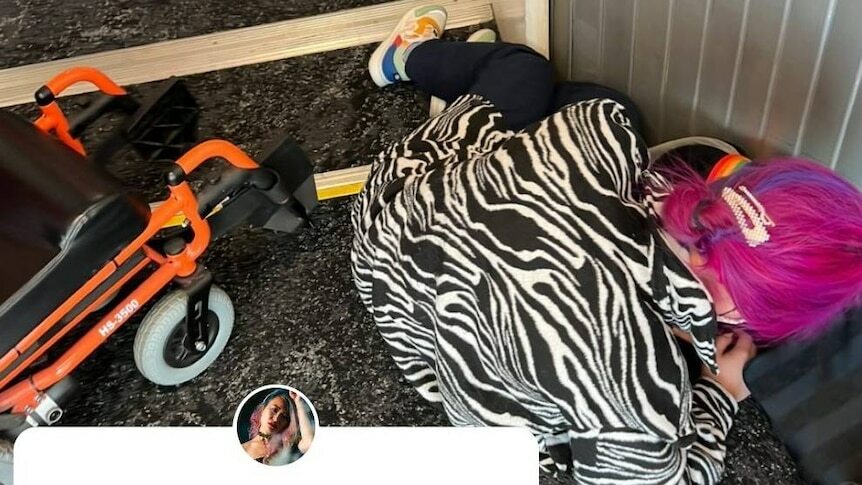 For the first time in Australian Fashion Week history, a runway show has been created by and for people with…