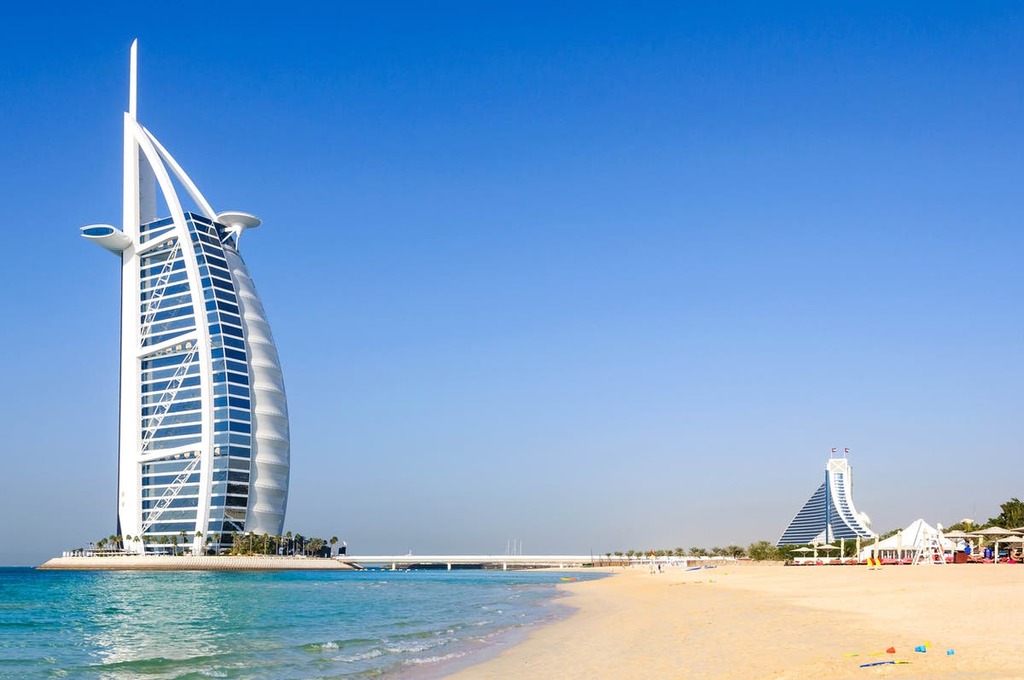 You may not want to pay £1,000 a night to stay inside it, but you can now have a peek inside Dubai’s Burj Al Arab skyscraper on a tour the hotel is calling “a fascinating journey of discovery into the untold stories of a global icon”.

Launched last week, the tour includes a walk around the public areas of the hotel and the chance to take photos, as well as getting a glimpse of the £6,500-a-night Royal Suite.

There’s also the chance to see memorabilia from sporting and cultural events held at the Burj, including “the decks from David Guetta’s spectacular United at Home lockdown performance earlier this year”.

Priced at 399 Dirhams (about £80) a head, the small group tour departs every 15 minutes daily from the neighbouring Jumeirah Beach Hotel.

That’s just the base price for a walk around the property - you can pay extra to have afternoon tea in the tower’s trippy, gold-columned atrium, have a glass of Champagne in its outdoor, sea-view bar, or drink a “24-carat Ultimate Gold Cappuccino” (this last costing £19 a cup).

The sail-shaped hotel, which sits on its own island jutting out from the city’s coast, opened in December 1999 to great fanfare, making the headlines for calling itself a “seven-star” hotel.

Previously, only guests with a room booked or those having dinner in its swanky restaurants could look around inside.

General Manager Ermanno Zanini said: “We are delighted to announce the opening of Inside Burj Al Arab, especially with all eyes on Dubai as it stages the ‘The World’s Greatest Show’ with Expo 2020.

“It is the perfect opportunity to give residents and visitors the chance to experience the wonders of this world-famous landmark first-hand.

“Providing a stunning window into the world of Burj Al Arab Jumeirah, the tour will appeal to those intrigued by its story, not just of the building, but of its people, creativity, and ingenuity, as well as its Emirati hospitality, Arabian opulence and world-class service. We are proud to deliver this exceptional experience to the world.”