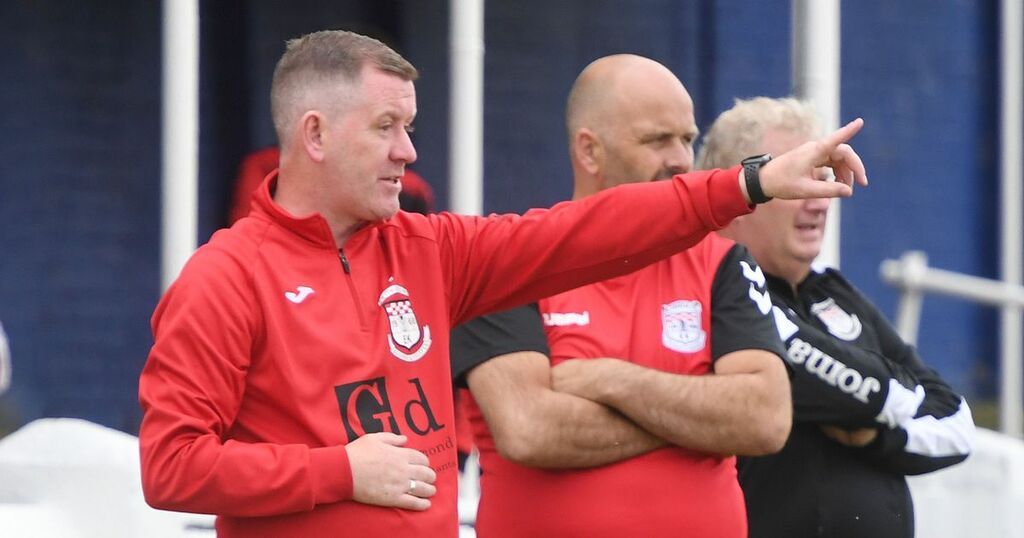 Alan Paterson reckons his East Kilbride Thistle side deserved to take something off Conference C leaders Drumchapel after a narrow 2-1 defeat.

The Jags gave their West of Scotland League opponents, who have won 10 from 12 games this season, a run for their money at the Donald Dewar Centre on Saturday and a ‘wonder goal’ from midfielder Paul Smith gave them a lifeline that they were unable to turn into a precious point.

But Paterson was full of praise for his young side, despite their sixth defeat in 10 games.

He said: “I thought for the first 20 minutes we really held our own against them. If we’d got a draw out of it, it wouldn’t have been daylight robbery, it would be a fair reflection of the game.

“They dominated the first half hour and their experience showed, but once we got ourselves sorted I felt we had a lot of good chances.

“We hit the bar and if we’d scored at 1-0 when we had a bit of pressure, we’d have had Drumchapel on the ropes, but their second goal killed us a bit.

“But I’m really proud of the boys.”

He added: “Paul did score an absolute wonder goal for us and it’s not the first time he’s done that.

“He’s beaten four players in the box, dribbled by everyone, and slotted the ball past the goalkeeper. If that was on the telly, everyone would be raving about it.

“He’s had six goals from midfielder and everyone of them has been great.”

The Jags are now looking forward to hosting Kilsyth Rangers this Saturday, when they finally make their return to the Showpark after an 18-month absence, following a mixture of the pandemic impact and drainage work on their pitch.

‘Home’ matches have been played at Blantyre Victoria’s Castle Park, so the players and staff will be delighted to finally get back to their familiar surroundings.

Paterson added: “That was our ninth game of the season on Saturday and they’ve all been away from home so far because of the work that’s been getting done on the Showpark.

“It will be good to get back into the dressing room, let the players see how good the place is looking now and get familiar with it, because home games are going to be vital for us.”