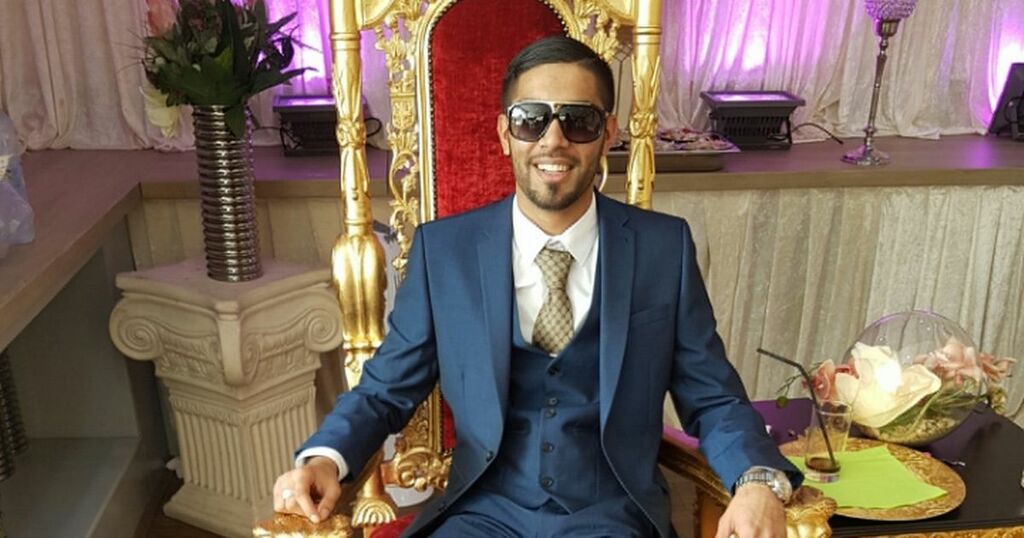 A brazen drug gang kingpin who posed on a gold throne has been refused permission to appeal his 15-year prison sentence.

Mohammed Faisal Jabbar, 32, claimed a judge hadn't shown him enough mercy when he was jailed for his role in an international heroin and cocaine smuggling conspiracy in 2017.

He applied to the Court of Appeal arguing that he pleaded guilty on the basis that he had been forced to deal drugs by a mystery man identified only as 'Bro'.

Jabbar claimed a starting point of 22 years, reduced to 15 after his guilty plea and personal mitigation was heard, was too harsh.

But judges sitting at London's Court of Appeal disagreed.

Mr Justice Baker said: “The number of aggravating features present in this case and the scale amply justifies the starting point after trial...of 22 years’ imprisonment, which also took into account such personal mitigation as there was in this case, which in reality was limited to the fact that save for the previous caution [for drug possession] the applicant had no relevant previous convictions.”

The court heard Jabbar's lieutenant in the conspiracy, Mohammed Rafique, also applied to have his 14-and-a-half year sentence reduced in 2018 and was successful.

His term was reduced by a year and two months.

Jabbar, who was not present at Thursday’s hearing, was part of a gang that used encrypted phones to arrange huge drug deals in the summer of 2016.

The operation began to unravel when officers found one of their customers, who had travelled to Cheetham Hill from Northampton, with a quarter of a kilo of cocaine.

It led officers to uncover the scale of the racket, other members of their gang and a picture of arrogant Jabbar sitting on a gold throne.

They established that the duo met their Glasgow contact, Jeremy Curran, 34, in Cheetham Hill on Monday, August 16, 2016.

The next day police swooped as Jabbar, Rafique and a fourth member of the gang, Jonathan Clorley, 25, drove their stash of drugs north from Manchester towards Glasgow.

On board their car were two boxes of dog treats and one of washing powder stuffed with 2.5 kilos of heroin.

When their phones were examined, police were stunned to discover the gang had been using military encrypted mobiles.

Messages sent between the phones revealed the scale and reach of their scam - as well as their arrogance.

The messages revealed that Jabbar had spoken with a colleague in the Middle East, detailing the supply of heroin to Curran.

Officers found a picture of Clorley, wearing a balaclava, in which he appeared to joke about the scam and possible sentence if he was caught.

Under his picture is written: “For what I’m about to do I could get like 35! Pray to God I get away!”

After searching Clorley’s address, police discovered a ‘significant amount of powdered caffeine’ which is used as a cutting agent in drug deals.

The four men were jailed after they pleaded guilty to conspiracy to supply cocaine and heroin at Manchester Crown Court.