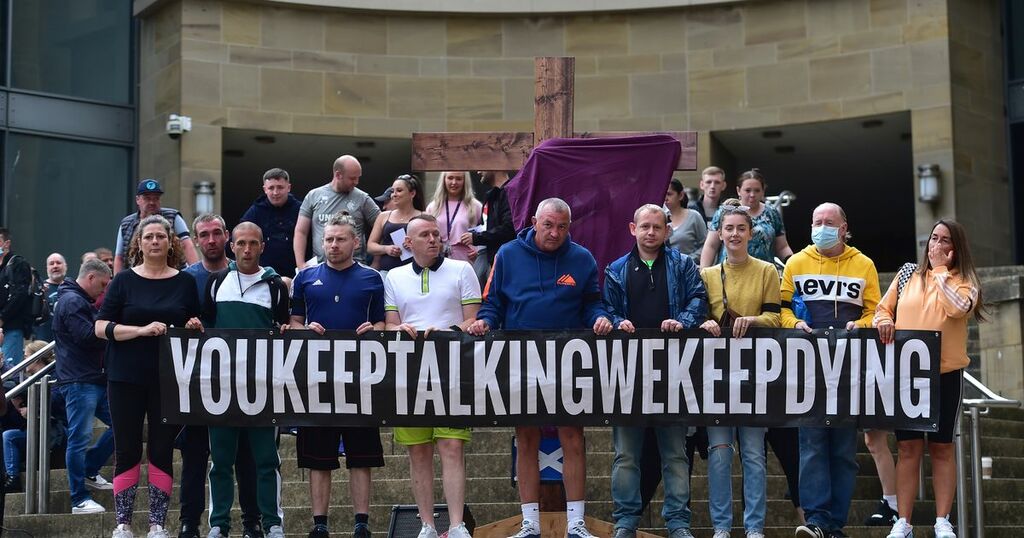 The number of drug-related deaths in Scotland in the first half of this year has been branded "appalling" by the SNP minister charged with tackling the issue.

The Scottish Government published official statistics which show 722 people died from drugs in the first six months of 2021, which represents a decrease of just nine from the same period in 2020.

Over two-thirds (69%) of suspected drug deaths were of people aged between 35 and 54, while 72% of victims were male.

SNP ministers have decided to publish the drug deaths figures every three months from now on instead of once a year.

It follows the significant public backlash the government has faced each time the annual statistics were published, which consistently showed more people die from drugs in Scotland than any other country in Western Europe.

The police divisions with the highest numbers of suspected drug deaths were Greater Glasgow (187), Lanarkshire (67), Edinburgh City (64) and Tayside (64).

Drugs policy minister Angela Constance insisted the government was already working to get more people into treatment, with £2.3 million allocated to Health Improvement Scotland (HIS) over the next three years to enable them to support NHS boards in developing an integrated approach to the delivery of mental health and substance use services.

The SNP minister said: "Once again these figures are appalling. We are taking a vast range of actions to tackle this public health emergency, and we recognise the hard work and challenges ahead.

“More regular reporting of data on drug death trends in Scotland will ensure everyone involved in our national mission remains focussed on the work we must do to get more people into the treatment that is best suited for them as quickly as possible.

“We know that to do this we must create a more integrated, person-centred approach to treatment. We are therefore investing £2.3 million over the next three years in Health Improvement Scotland to ensure people are treated not only for their physical health addiction but their mental health too.

“We are also working to reduce stigma and increase awareness. The Naloxone Awareness Campaign we launched with the Scottish Drugs Forum on International Overdose Awareness Day has already attracted 2,848 visits to the StopTheDeaths website.

“The £250 million we are investing in tackling this public health emergency will make a difference. I am working to ensure it reaches front-line services as quickly as possible and that every single penny will count as we continue to prioritise our efforts to turn this crisis around.”

The latest figures are based on quarterly management information provided by Police Scotland of deaths that officers suspect involve illicit drugs.

These are based on reports of attending officers’ observations and initial enquiries at the scene of death.

The figures are different from the annual National Records of Scotland (NRS) stats on drug-related deaths, which use data from death registration records supplemented with information from the Crown Office and Procurator Fiscal Service and forensic pathologists.

“Scotland’s drug deaths crisis keeps getting worse because Nicola Sturgeon is out of touch with what’s really happening on our streets and in prisons across the country.

“It’s shocking that the SNP Government appears to be clueless that hundreds of taxpayer-funded phones given to prisoners are being used by criminals to deal drugs. Nicola Sturgeon didn’t even know it was happening.

“We need an urgent explanation of how this shambles happened and the SNP must start to prevent drug use in prison by stopping the supply.

“Nicola Sturgeon has to start listening to frontline experts and tackle the wider drug death crisis by backing our Right to Recovery Bill, which would finally guarantee everyone who needs treatment can get it.

“It is on her watch that the drug death crisis has spiralled out of control. She took her eye off the ball and left vulnerable people with nowhere to turn to for help. These new figures show she’s still not focused on this crisis.”