The eerie remains of a lost village submerged underwater in the 1940s have been making a ghostly reappearance when the weather is particularly hot and dry.

The slowly rotting ruins of buildings that were drowned to create the Ladybower Reservoir in Derbyshire periodically rise from the mud when water levels drop enough.

Last reported four years ago, these rare and fascinating exposures offer a glimpse of what the farming community of Derwent used to be like.

The village church of St John and St James in the heart of the village, with seating for 140 parishioners, was initially left intact when the evacuated valley was flooded in 1945.

The village's tower and spire would regularly be seen emerging way above the surface of the reservoir.

Even though the bells were removed, some say the ethereal sound of them tolling can still be heard across the sunken valley where the structure stood until it was deemed a hazard and blown up 75 years ago.

Derwent was a close-knit Peak District hamlet with cottages built from local limestone, a school and sheep grazing on the hillsides all around.

There was also a historic country manor house with called Derwent Hall, once owned by the Duke of Norfolk, that had been used as a youth hostel.

Along with the neighbouring village of Ashopton, Derwent was earmarked by the authorities in 1935 as a necessary sacrifice in a bid to provide enough water for the growing urban populations of Derby, Sheffield, Nottingham and Leicester.

In spite of bitter protests, properties were compulsorily purchased by the Derwent Valley Water Board over the following 10 years and the villagers relocated nearby, close to Bamford village.

Ashopton was the larger community, with a post office and shop, a Wesleyan Methodist Chapel, a garage as well as lots of stone houses and farms, and an annual wool fair.

Its buildings were all demolished before the reservoir was filled, but much of Derwent was left virtually as it stood.

Many families had lived in the valley for generations and the bodies of their long departed relatives were exhumed from the churchyards to be reburied elsewhere.

When walls and even entire buildings reappear at Ladybower it draws huge numbers of ramblers and tourists to the area, aiming to tread in the footsteps of the old villagers.

In November 2018, when water levels were particularly low, a man got stuck in the “extremely thick mud” while exploring the site.

He had to be rescued by the Edale Mountain Rescue Team.

At the time, Dave Ashton, from the Peak District's Upper Derwent Visitor Centre told the BBC that it was a rare occurrence the buildings could be seen.

He said the last time he’d seen the remains was during a dry spell in 1995 and during the hot summer of 1976.

“It is a rare occurrence to see the ruins of Derwent village.” 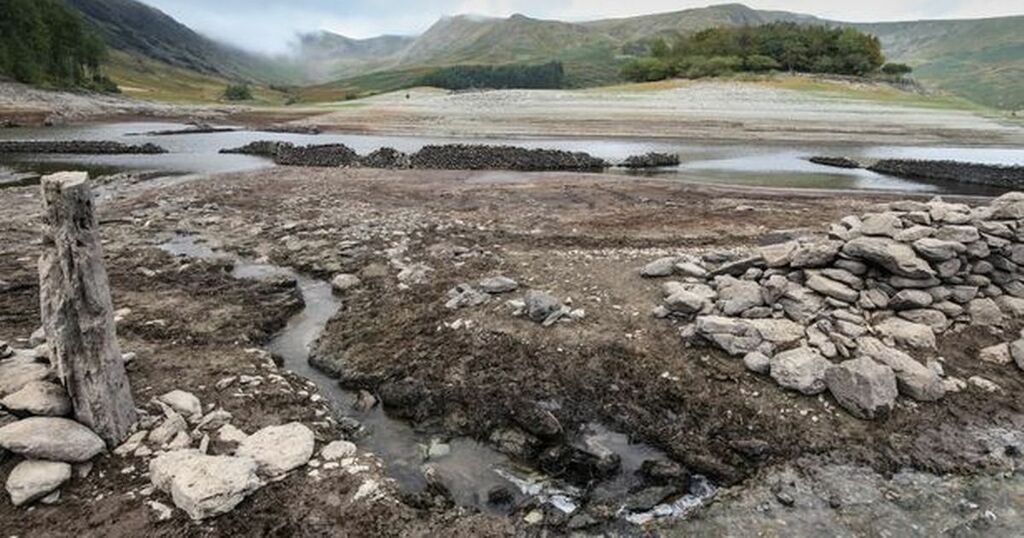