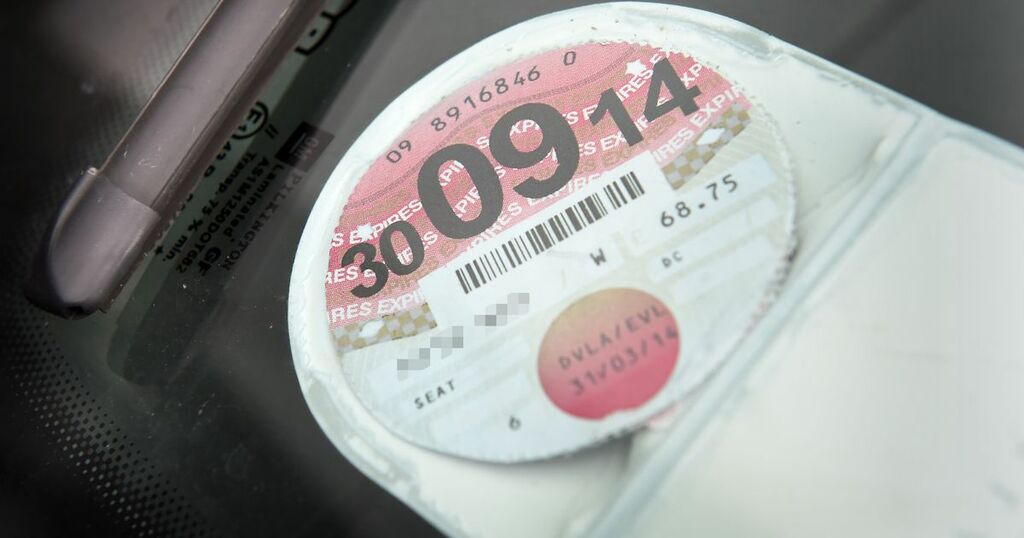 Rare paper tax discs are selling for thousands of pounds online - and you could cash in if you used to own one.

The DVLA scrapped physical tax discs years ago, but certain ones with special dates are considered a collectors item.

Electronic registers replaced the old paper versions, with most being destroyed since they were phased out in 2014.

But some of the ones still surviving can sell for hundreds of pounds online, according to LeaseCar.uk.

One batch of the disc that are considered rare dates back to 1970, and is unused and pre-decimalisation.

For example, in August 2014, the DVLA ran out of perforated paper - the special material used to print tax discs on.

It meant for the next two months, until they ceased production entirely, people would receive non-perforated tax discs, which they'd have to cut out themselves.

Today, these 'limited edition' discs are considered rare and experts reckon they'll accrue the most in value in the long term..

A those with typos and printing errors are also seen as more valuable - and those in good condition are worth more than tatty or torn tax discs.

If your tax disc dates back to the Second World War, it could also sell for more.

Vehicles used for the war effort had tax discs with 'War Service' marked on them, and are rare, says the Mirror.

Regardless of the year, tax discs which have their sleevage intact (the paper that surrounds the disc) are also more collectable.

Even fairly average tax discs from as recently as 2009 are trading for up to £300 on eBay.

A LeaseCar.uk spokesperson said: "Many people find it fascinating to explore buying and selling websites to look at the variety of used car tax discs that are available today.

“These small round pieces of paper are an important part of our motoring heritage and it is particularly poignant that on the 100th anniversary of their introduction on our roads that car tax discs from as early as the 1920s are actively available to buy.”

Vehicle tax was brought in with the 1888 Budget. A tax system especially for cars came in in the Roads Act 1920.