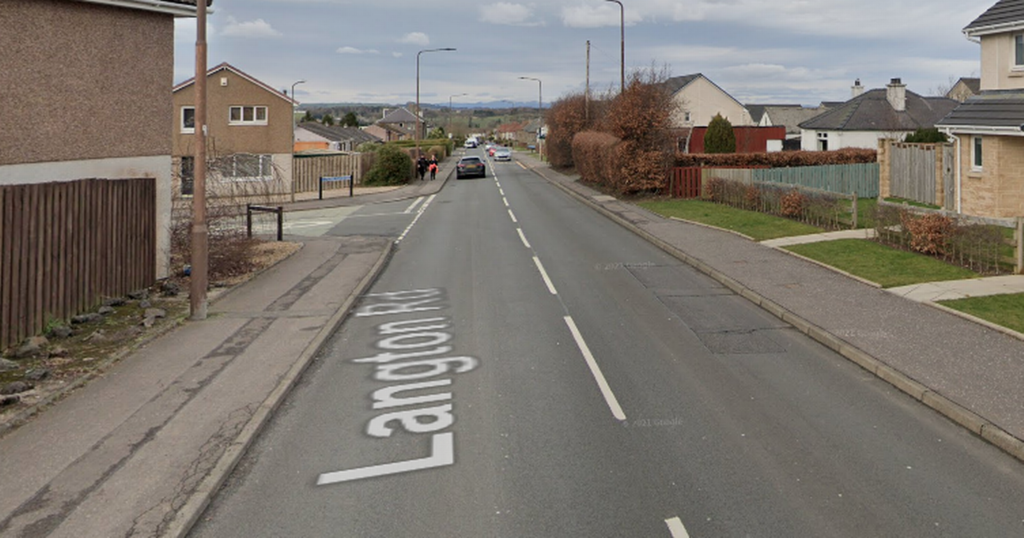 A motorist has been left fighting for his life in hospital after being involved in a horrific head-on collision with another vehicle.

Emergency services were called to the scene in East Calder, West Lothian, at around 9.45am on Saturday.

An orange Vauxhall Mokka had collided with a black Toyota Avensis as they travelled along Langton Road.

The 49-year-old driver of the Vauxhall has been taken to hospital where medics describe his condition as ‘critical’.

A 52-year-old, who was behind the wheel of the Toyota, was also taken to hospital as a precaution while officers locked down the scene.

Investigators are now appealing for witnesses to come forward and are particularly keen to speak with anyone who may have relevant dash cam footage.

Sergeant Jill Kirkpatrick said: “Our enquiries are under way to establish the full circumstances of this collision.

“I would appeal to anyone who was in the area with information to contact us.

“In particular, I would ask motorists with dash cam devices to check their footage as they may have images which could assist our investigation.”

Anyone with information is asked to call Police Scotland on 101, quoting incident number 1270 of 11 September, 2021.