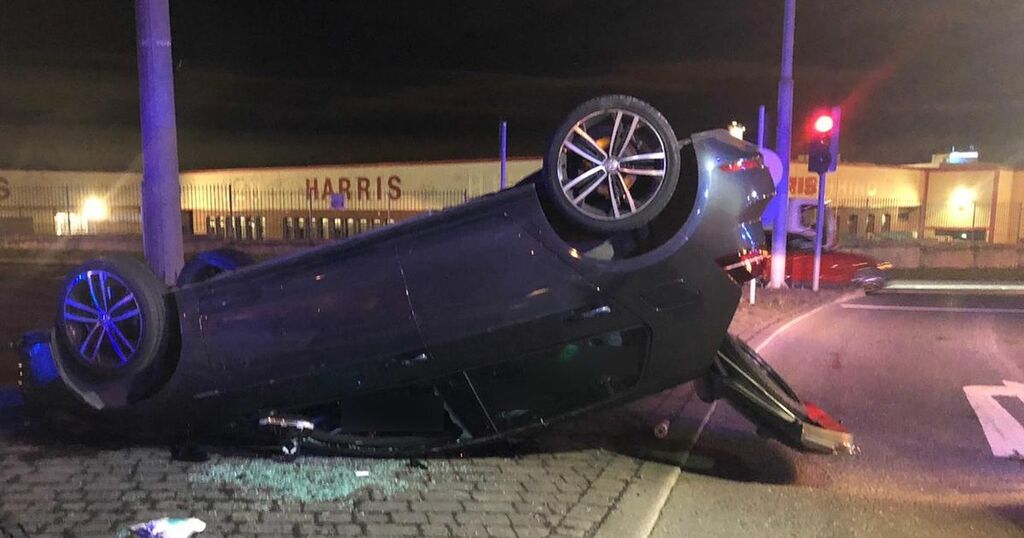 A driver had a lucky escape after their car rolled over after a horror crash on a South Dublin road.

Firefighters and paramedics from Dolphin's Barn fire station rushed to the scene of a roll-over traffic collision off the Naas Road last night.

There were temporary traffic restrictions in place.

In a statement to Dublin Live, a spokeswoman for An Garda Siochana said:

"Gardaí attended the scene of a road traffic collision that occurred on the Long Mile Road, Clondalkin at approximately 11.30am on Friday 10th September, 2021.

"A car lost control going through a roundabout and overturned.

"The driver, a male aged in his 20s, failed a drug test taken at the scene of the collision. He was arrested and taken to Clondalkin Garda Station

"He has since been released without charge pending further investigations."