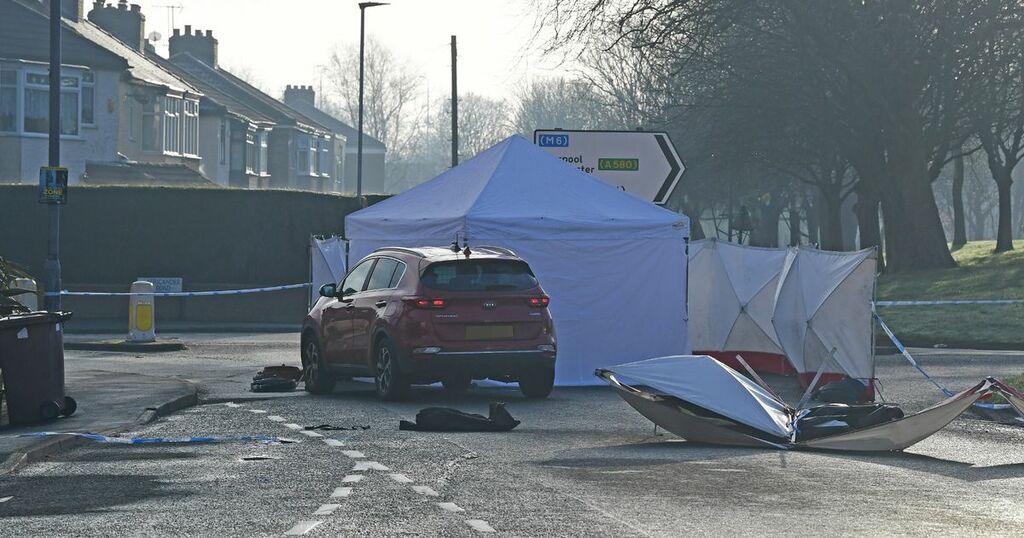 A man has been arrested on suspicion of death by dangerous driving after a crash in St Helens on Wednesday.

Police patrolling Moss Bank Road, close to the Moss Bank Hotel, just after 12.30am on Wednesday, January 12, found the body of a man lying in the road.

After enquiries at the scene police were told there had been a crash between a Blue Mazda hatchback motor vehicle and the man.

READ MORE: Driver who struck and killed man in hit and run branded a 'coward'

Emergency services attended but the man died at the scene. Enquiries are ongoing to identify him and inform his next of kin.

The vehicle had been driven from the scene and was located by police.

Merseyside Police have now arrested a 51-year-old man from St Helens on suspicion of death by dangerous driving.

He has been taken to a police station on Merseyside for questioning by detectives and remains in custody.

Sergeant Steve Smith from Merseyside Police Serious Collision Investigation Unit said: “Our investigation into this tragic incident is in its early stages and although a man a has been arrested we are still examining CCTV footage and are keen to speak to anyone who may have been in the area at the time or witnessed any part of it.

“If you were driving in the Washway Lane, Moss Bank Road and Scafell Road area at around 12.30am or were in the vicinity of the Moss Bank Hotel at this time and have any dashcam or CCTV footage, please review it and get in touch if you see anything that may assist our enquiries.

“Any information, however small it may seem, could prove vital as we seek to understand exactly what happened.

“Whether you choose to get information to us directly or anonymously, through Crimestoppers, any information you provide will be acted upon.”

One resident living close to the scene described the incident as cowardly, they told the ECHO : "To just drive off after something like that is just cowardly, it makes you wonder."

Another person living in the same area was appalled by the incident, they said: "There's some horrible people out there."

Anyone who witnessed the incident or has any information is asked to call our Matrix Roads Policing Unit on (0151) 777 5747, email SCIU@merseyside.police.uk, or DM @MerPolCC on Twitter quoting reference 22000025548.