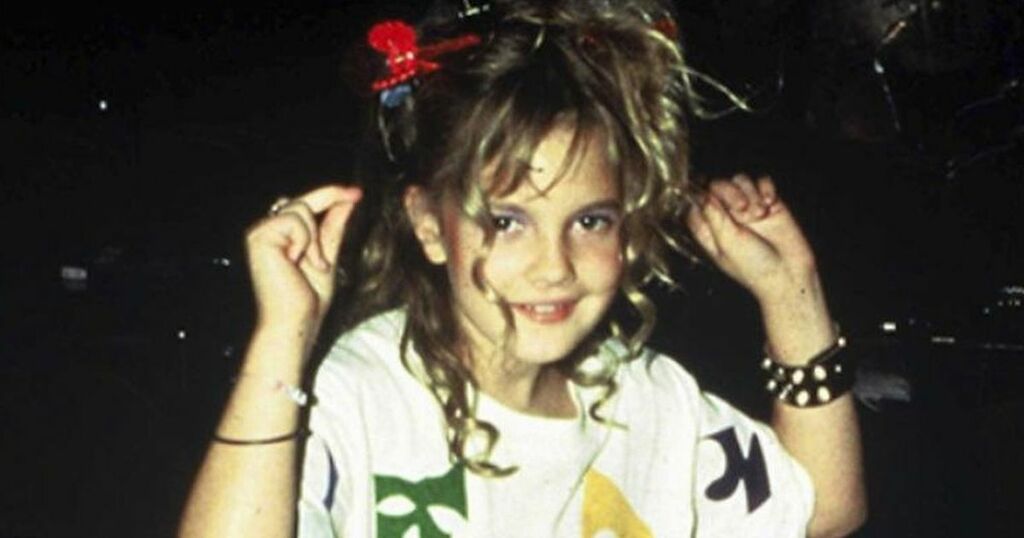 Drew Barrymore has posted a selection of sweet snaps from her childhood and says she "wouldn't change a thing".

The former child star, now 46, took to Instagram to share the throwback images with her 14.7 million followers.

She captioned the post: "#sundaybuffet in honor of this musical weekend… I have always loved MUSIC, dancing and enjoying life!

"You can take the kid out of the club, but you can’t take the club out of the kid! I’m so different about my kids and how they grow up, but I wouldn’t have changed a thing about growing up in these halls and fields."

Among the throwback images included Drew as a youngster with a white oversized shirt on with multicoloured patterns as she hit the dance floor.

She wore red ankle-length leggings and pink shoes while she also wore a studding bracelet. Her hair was curled and kept up by a large red clip.

Another image of her slightly older saw her behind a metal fence at what appeared to be a festival. She looked on with shoulder-length hair and stripes of different coloured paint splashed across her face.

And in a third black-and-white shot she's again seen as a youngster posing while dancing on a stage. The 50 First Dates actress was wearing an off-the-shoulder large white jumper with a drawing of a cat on the front.

She also showed off a chunky necklace while donning pulled up love heart socks.

Singer and actress China McClain also wrote: "Awwww," while another user commented: "I grew up in clubs at 9 years old and I turned it okay(ish) too. it's ok it just gives you a different perspective on what to do ... and what not to do."

Another said: "Oh my goodness you are the cutest ever!!! You look exactly the same."

In a cringeworthy interview Dakota is blindsided by Ellen, who implied she was left off the star's birthday guest list.

"How was the party, I wasn't invited." Ellen says.

Dakota answers: "Actually, you know that's not the truth Ellen, you were invited.

The Fifty Shades of Grey actress then reminded the comedian this wasn't the first time she had given her a "bunch of s**t" about not being invited to one of her parties.

And speaking to Dakota on her own chat show, The Drew Barrymore Show, the host called Dakota's handling of the situation "amazing".