The flying car company backed by billionaire Google co-founder Larry Page has announced it is shutting down, showing how difficult it is to bring cars to the skies.

Kittyhawk announced its folding on social media. “We have made the decision to wind down Kittyhawk,” the company said on Twitter. “We’re still working on the details of what’s next.”

While neither Page nor Kittyhawk gave the reason for the shutdown, sources have told TechCrunch and Insider that in the last two years the company had shifted focus from project to project as its strategy became less and less clear.

The secretive company was founded in 2010 by self-driving car whizz Sebastian Thrun, a Google veteran, and bankrolled throughout the years by Page. Kittyhawk had built and flown more than 100 aircraft, conducting more than 25,000 successful flights, before shifting its operations to focus on a quieter electric aircraft two years ago.

In 2019, the firm created a joint venture, named Wisk, with aircraft maker Boeing. Wisk will continue to operate even after Kittyhawk’s shutdown, having received $450 million (£390 million) in investment this year, showing Boeing’s ambition to make flying cars a reality.

But Kittyhawk’s demise comes as more and more firms join the race to take cars to the skies, which want to show that, even in densely populated places like London and the UK, flying cars could work.

Stephen Fitzpatrick, who founded energy company Ovo, predicted last year that flying cars will become a reality in the UK from the mid-2020s. His flying taxi company, Vertical Aerospace, already has 1,000 aircraft on order from airlines, and he plans to offer flights based at London Heathrow that will take 15 minutes and cost £50 per passenger.

European competitors are rushing in too, such as Germany’s Lilium and Slovakia’s Klein Vision. The latter has received a certificate of airworthiness from the Slovak Transport Authority and is reportedly planning a London to Paris route that would take just over two hours.

Another European company, Pal-V, makes vehicles that can be converted into gyrocopters in about 10 minutes, though drivers will need a pilot licence to fly them. The Dutch firm started to offer flying car driving lessons in April, opening bases in Coventry and Oxford.

Should companies like Klein Vision and Pal-V receive full approval by UK regulators, a trip to the Cotswolds from central London might take just over an hour at a 100mph flight speed, cutting journey times in half, skipping traffic and offering birds-eye views of the countryside. 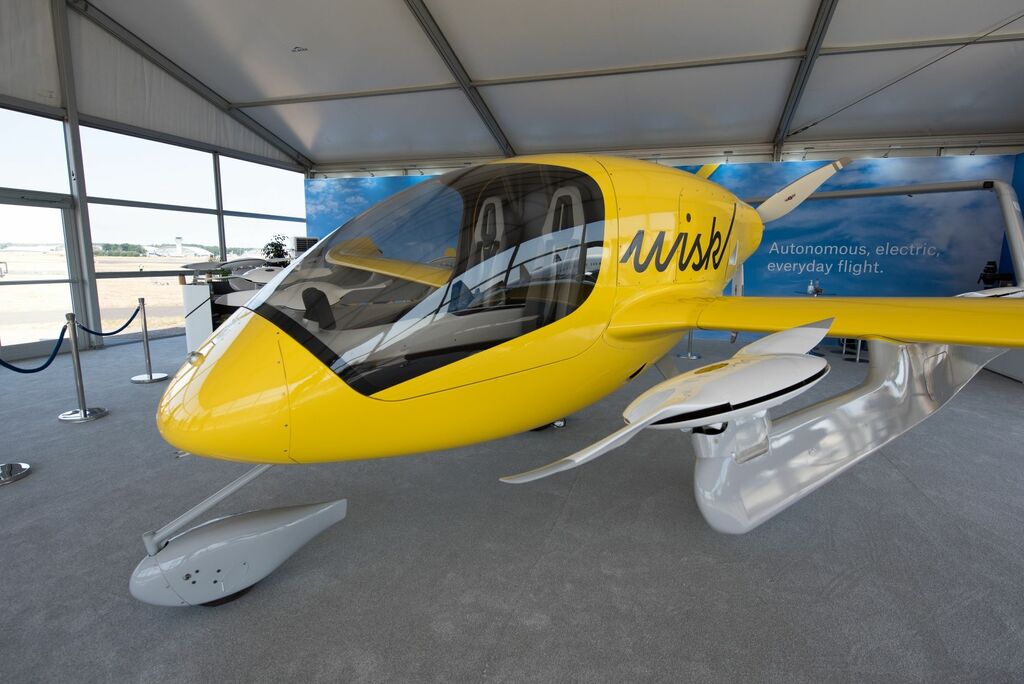 Larry Page's Flying Car Failure Is a Lesson For Us All
As the Google billionaire’s Kitty Hawk project winds down, it’s worth remembering that moonshots really are long shots.

Bloomberg
One subscription that gives you access to news from hundreds of sites
Investors Find a Lot to Like in Tech, Even as a Market Bottom Remains Elusive

Even as the Federal Reserve jacks up interest rates and sends technology stocks tumbling, it only gets harder to stay…

Hong Kong is set to scrap hotel quarantine today (Friday, September 23), but travellers looking to leave the city after…