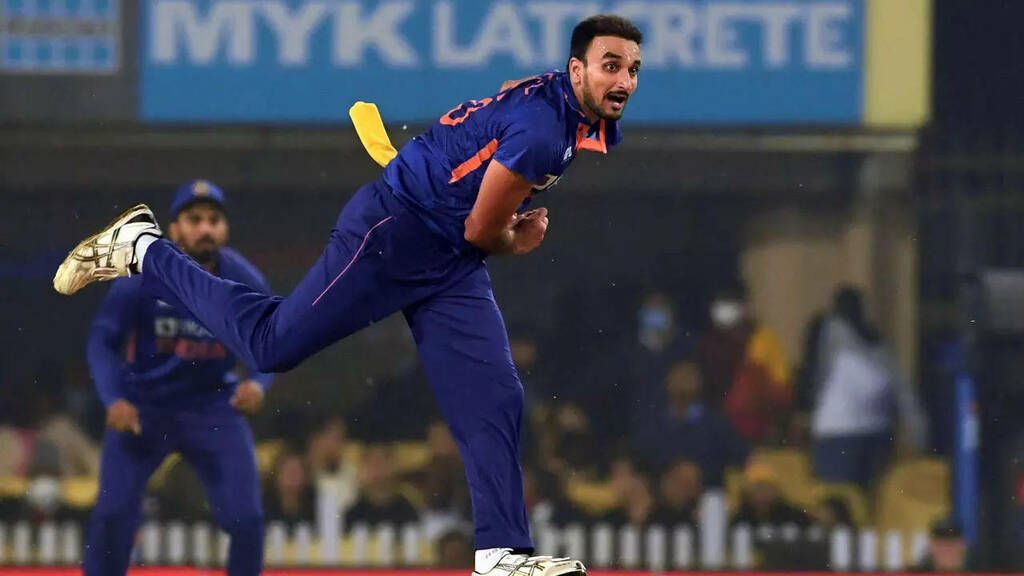 NEW DELHI: Playing for Team India is a dream of every cricketer and getting the Man-of-the-Match award in the very first match is a feeling that goes beyond imagination.

A superb bowling performance by debutant Harshal Patel (2/25) against New Zealand in the second T20I at Ranchi brought him into an elite league of Indian cricketers, who registered their names in the records book in the first match.

While Karthik, Axar Patel and Saini are still playing international cricket, Badrinath, Ojha and Sran are out of action now.

Karthik, who debuted against South Africa in December 2006, is the first Indian cricketer to achieve this feat. It was the first T20 International between India and South Africa. India chased down the 126-run target with one ball to spare. Karthik, who made 31 off 28 balls, was adjudged the best player.

Known for his impeccable leg-spin bowling, Ojha got the Man of the Match in his T20I debut against Bangladesh on June 6, 2009. India made 180 runs and Ojha scalped four wickets in his spell, giving away just 21 runs.

Another Indian cricketer who achieved this feat is S. Badrinath. Badrinath had a good IPL Season 4 and was selected in the T20I squad for the West Indies tour in 2011.

Against the West Indies, Badrinath scored 43 runs off 37 balls to help India defeat the hosts by 16 runs and got the Man-of-the-Match award. It was Badrinath's first and last match as he was not selected in the next tour.

Spinner Axar Patel too features on this list of Indian players who won the Man-of-the-Match award on their T20I debut. Axar made his debut against Zimbabwe in 2015. India made 178 runs and Zimbabwe could only manage 124 runs courtesy of Axar's brilliant bowling. He picked up three wickets giving away just 17 runs.

Another Indian player who won the award on his T20I debut is Sran. Against Zimbabwe, he gave away 10 runs and got four wickets. His bowling helped India bowl out Zimbabwe for just 99 runs. India easily chased down the target.

Before Harshal, another Indian cricketer Navdeep Saini won the award on his T20I debut. He achieved this feat against the West Indies on August 3, 2019. Saini, in his four overs, gave away 17 runs and picked up three wickets that helped India restrict West Indies to 95 runs. India chased down the target to win the match comprehensively.