Real name George Ward, the performer, who appeared on the second series of the hit-BBC show, passed away on Sunday (September 18).

A tribute issued by his family this morning confirmed the tragic news.

They said: "It is with the most heart wrenching and deepest sadness to inform you that our George - Cherry Valentine - has tragically passed away.

"This will come as a profound shock to most people and we understand there is no easy way for this to be announced.

"As his family, we are still processing his death and our lives will never be the same. We understand how much he is loved and how many lives he has inspired and touched."

Tributes to Cherry Valentine have poured in, including from fellow Drag Race star Cheryl Hole, who posted on Twitter : "I never thought I’d have to write something like this about such a talented and beautiful person that was Cherry.

"We have lost an incredible queen and I’m honestly devastated! RIP @TheCValentine I LOVE YOU."

Although Cherry Valentine left in the second episode of the season, after a lip sync battle with eventual semi-finalist Tayce, they certainly made an impression on fans with her incredible outfits and infectious laugh.

Cherry's entrance was iconic- because it had to be done twice. Only the second to enter the workroom, Cherry wore a tight black and red jumpsuit with long, flared sleeves and a dramatic black wig.

On Cherry's head she wore a tall red and black headpiece which was a collection of hearts. It was so tall that it unfortunately knocked against the top of doorway, prompting chuckles from fellow contestant Lawrence Chaney.

Taking the upset in their stride, Cherry redid the entrance, calmly ducking down to avoid the doorway, and saying: "Roses are red and violets are blue, here's your winner of season two."

In Cherry's first confessional, played as the drag queen arrived, the world was introduced to their infectious laugh, and learnt a bit more about the drag queen's many talents and professions, from botox, to performing, to being a mental health nurse.

She said: "I'm literally a one woman band, I could be travelling the world giving queen's botox, putting on a show and then coming afterwards and giving them some therapy."

Cherry unfortunately lost the lip sync battle to Tayce in the second episode, meaning Cherry's time on the show was over. The pair performed to the emotional ballad Memory, from the Musical Cats.

Tayce's dramatic, red catsuit and long blonde wig was perhaps more suited to the sombre song than Cherry's light-hearted ensemble, which included a polka-dot yellow bow-tie, a yellow dress and a baby bump- as the outfit's theme had been a gender reveal party.

Despite this, Cherry was able to elicit real emotion into the performance.

George was raised in Darlington, County Durham as part of the Traveller community and qualified as a mental health nurse in 2015, before starting his career in drag.

After appearing in Drag Race, he helmed a documentary ,Cherry Valentine: Gypsy Queen and Proud.

The programme saw a different side of George, as it told the story of his life after coming out at 18-years-old.

The programme's description reads: "At 18, George Ward left the Gypsy community. He felt rejected after coming out as gay.

"Leaving his Gypsy identity behind, he invented Cherry Valentine, a drag alter ego.

"Now, he wants to find out if he can be accepted as a queer Gypsy and feel proud."

Speaking about the show, he said: "I just wanted to to talk about something I haven't really seen being talked about before. Growing up I had never seen those types of conversations happening."

Good Morning Britain presenter Charlotte Hawkins was among those paying tribute to the star.

She tweeted: “Very sad to hear that Cherry Valentine has died, aged just 28. We met back in June at Epsom – so full of life then, it’s hard to believe. Sending love to George’s family & friends, just heartbreaking.”

Drag queen and author Glamrou, real name Amrou Al-Kadhi, added: “Winded by the devastating news about Cherry Valentine. I can’t believe it. A true queen. Rest in peace my dear.”

Cherry's agent Emma Bunning said: "As his agent, it goes without saying that my heart is broken. George was a truly special person with enormous talent a bright future ahead.

"He lit up a room, touched so many peoples lives and few could forget his infectious laugh which I will miss terribly."

Fiona Campbell, controller of BBC Three, said: “We are all shocked and heartbroken to hear the news of the passing of George, known to many as Cherry Valentine.

“A fan favourite and an inspiration to so many, we were privileged to have worked with him at BBC Three.

“He will be hugely missed by his many fans and friends. Our deepest sympathies are with his family and friends at this difficult time.” 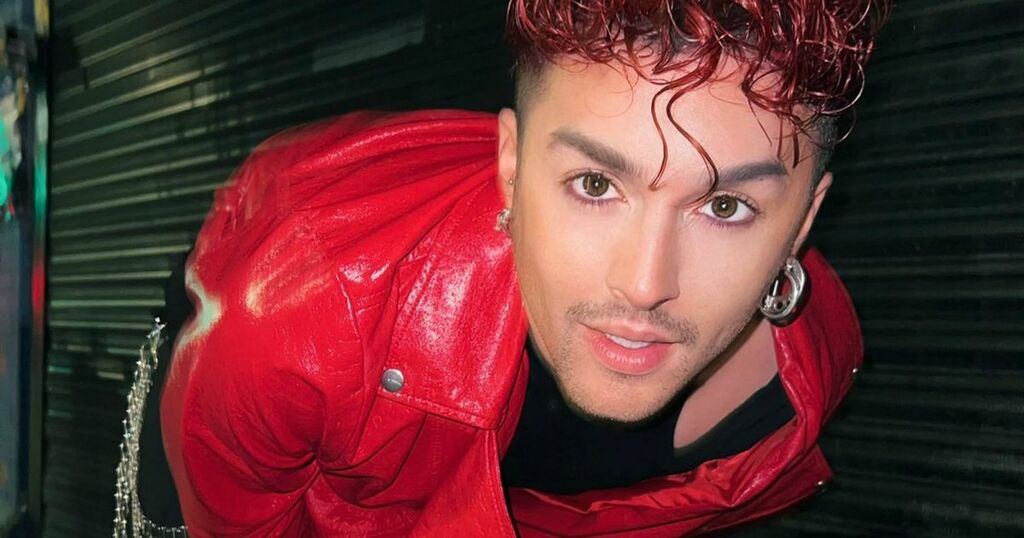 DRAG performer George Ward, known by his stage name Cherry Valentine, has died at the age of 28, his family…

Drag performer George Ward AKA Cherry Valentine, appeared on the BBC show in 2021

The family of the 28-year-old television star announced the tragic news via a statement, saying it is with the "deepest…

Drag performer George Ward, known by his stage name Cherry Valentine, has died at the age of 28, his family…