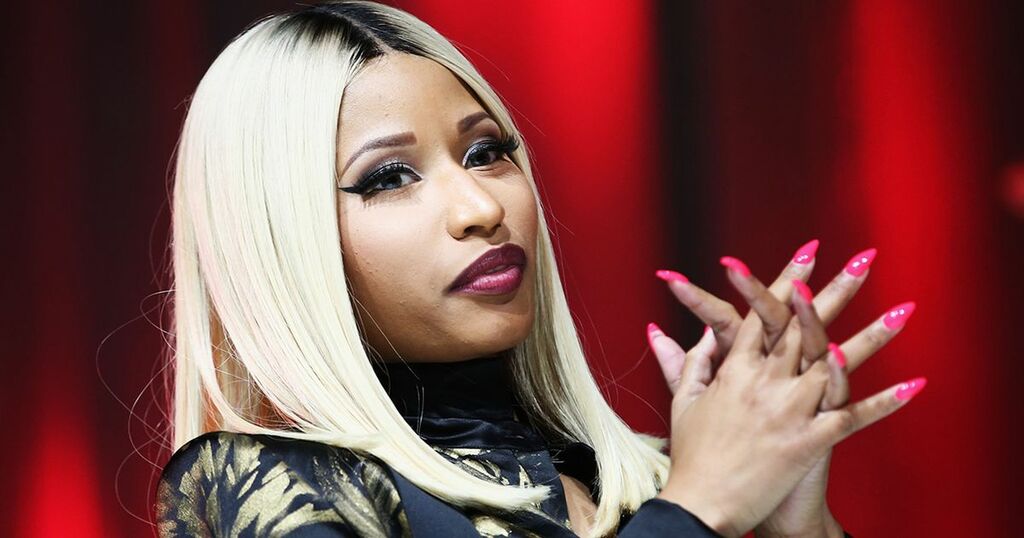 Dr Hilary Jones took a swipe at Nicki Minaj today and urged her to apologise for her tweets about coronavirus vaccines.

The doctor joined Lorraine Kelly this morning on her show to discuss Nicki's tweet, which saw her say she wouldn't be getting the vaccine out of fear of the side effects.

In the tweets, the Starships singer claimed her cousin's friend was left impotent and with swollen testicles as a result of getting the jab, which she said caused his girlfriend to call off their wedding.

After discussing the comments, both Lorraine and Dr Hilary said that Nicki's comments were "irresponsible" and urged her to say sorry.

He said: "It's hugely irresponsible, she's got a following of something like 22 million people on social media."

Dr Hilary went on: "Talking about big cahonies as a result of the jab, which is nonsense, absolute nonsense.

"It was probably meant to be a joke, but it backfired basically.

"This is a global pandemic which has killed millions of people and to try and make light of it and say 'don't have the jab' when people will die.

"Some people will die if they don't have the jab, they don't know who they are because the virus attacks you randomly."

He went on: "There's a lot of disinformation and to try and make a joke out of this, combined with this information, is just totally irresponsible.

"And just to put out an apology would be a good idea."

But Lorraine was doubtful, saying: "She won't, no way."

Dr Hilary replied: "You either listen to somebody like that or Dr Chris Whitty, I know who I'd rather listen to."

Nicki had said she'd refused to get vaccinated to attend the 2021 Met Gala, citing a bizarre story about her cousin's friend's alleged reaction to the vaccine.

She had tweeted: "My cousin in Trinidad won't get the vaccine cuz his friend got it & became impotent. His testicles became swollen.

"His friend was weeks away from getting married, now the girl called off the wedding. So just pray on it & make sure you're comfortable with ur decision, not bullied."

England's Chief Medical Officer Chris Whitty blasted anti-vaxxers who "should be ashamed" in a powerful response to her evidence-free "myth" about the jab.

Nicki then accused Johnson and Whitty of "dissing" her after they blasted anti-vaxxers' at a Covid briefing.

The Super Bass hitmaker went on to brand Laura Kuenssberg, the BBC's political editor, a "dumbo" after the journalist's tweet about her loving the PM and slamming his accent.

*Lorraine airs weekdays at 9am on ITV