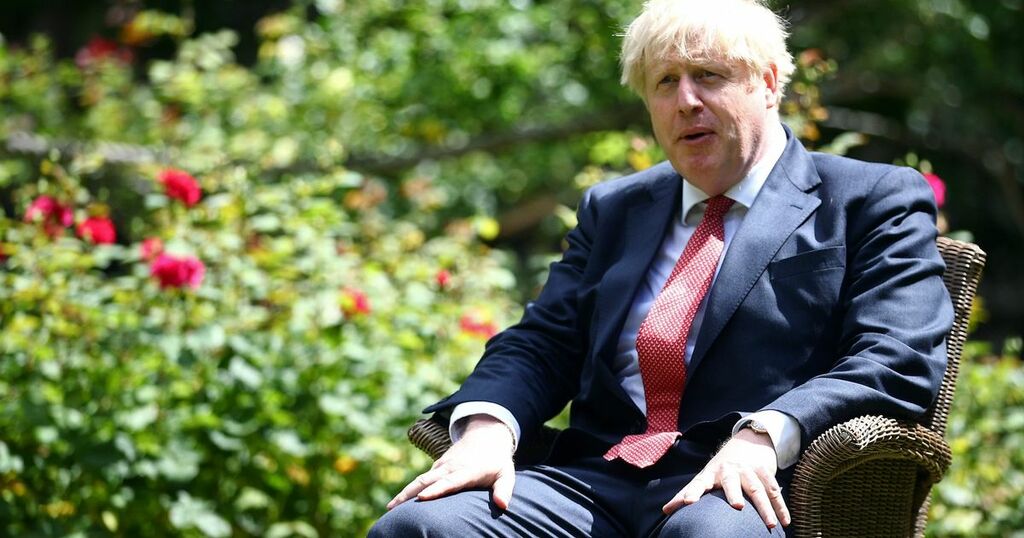 Since No10 lockdown parties emerged, Boris Johnson has hidden behind an “independent” investigation by Sue Gray.

The Whitehall enforcer’s inquiry into a string of parties - including four the PM allegedly attended - is being hailed as if it’ll be handed down on tablets of stone.

Minister Michael Ellis said the report, possibly due next week, will be a “fair and impartial investigation before there is a judge, jury and executioner.”

But the judge, jury and executioner may be… Boris Johnson himself.

If you thought Sue Gray’s inquiry would lead to a hard punishment for Boris Johnson breaking lockdown rules, or the Ministerial Code, then you may be wrong.

Sue Gray’s report will make findings of fact, but it’ll be for police to punish lockdown breaches - and for the Prime Minister’s advisor on ministerial interests, Lord Geidt, to look at any breaches of the Code.

Lord Geidt can only start an investigation on the say-so of… Boris Johnson. And even if he finds the Code has been broken, Boris Johnson can overrule him.

Deputy Labour leader Angela Rayner said: “The PM has set the terms of Sue Gray’s probe and he has chosen to exclude the conduct of Ministers from it, creating a neat loophole for himself.

“A farcical circular process from a Prime Minister that will escape responsibility in any way he can.

"He has managed to make himself judge and jury even though he is the man in the dock."

So how on earth does this all work? We’ve looked into the various rulebooks, documents and terms of reference, and explain the process below…

What is Sue Gray investigating?

Sue Gray is investigating a string of parties in Whitehall between May 2020 and April 2021 - mostly in 10 Downing Street and its garden.

The 64-year-old took over the inquiry from Cabinet Secretary Simon Case after it emerged a party had been held in his own office.

Her inquiry includes four events the PM is accused of attending:

Will Sue Gray issue any punishment to Boris Johnson?

No. Her inquiry has been set up to get “a general understanding of the nature of the gatherings”.

That means saying who attended, the “setting and the purpose”, and “reference to adherence to the guidance in place at the time”.

This suggests her report might - for example - say Boris Johnson was at a party, and some comment on lockdown rules.

If necessary the report will recommend “individual disciplinary action”.

But it appears this would only be against civil servants, not ministers.

That’s because “any matters relating to the conduct of Ministers” will have to “follow the process set out in the Ministerial Code.”

The Ministerial Code adds: “It is not the role of the Cabinet Secretary or other officials to enforce the Code.”

Catherine Haddon of the Institute for Government said in a blog: “Gray’s report is set to be a largely factual account about parties that were held in Downing Street. It may not assign individual blame but might refer disciplinary action to others.

“It may touch on the role of the prime minister, but it isn’t Gray's place to judge his behaviour.

“The bare facts alone could prove deeply damaging, and how she sets them out, and the language used, may indicate her view on the seriousness of what has happened and the wider culture that allowed it to happen.”

What happens next if the PM might have broken the Ministerial Code?

The Ministerial Code says politicians “should be truthful”, and must “comply with the law and protect the integrity of public life”.

If it’s possible that Boris Johnson broke the Code, then it’s not for Sue Gray to investigate.

Instead, it gets referred to Independent Advisor on Ministerial Interests Lord Geidt - the same man who probed the No10 flat.

He has the power to provide advice on whether the Code has been broken.

No10 said: “It remains for the Prime Minister’s advisor Lord Geidt - if he wishes to raise an issue with him, the PM will obviously consider that carefully.”

Can Lord Geidt trigger an investigation whenever he likes?

He can only trigger an investigation with the permission of… Boris Johnson.

Government guidance says, if Lord Geidt thinks an alleged breach “might warrant further investigation”, he can “raise the issue confidentially with the Prime Minister”.

But it’s for Boris Johnson to decide if he should “refer” the matter to Lord Geidt for investigation.

Lord Geidt wants to change this and gain the power to launch his own investigations, according to The Times.

If Lord Geidt finds the PM broke the rules, what happens next?

The Ministerial Code is clear - the PM is the “ultimate judge of the standards of behaviour expected of a Minister”.

And the Prime Minister also decides “the appropriate consequences of a breach of those standards”.

This was in evidence when the last Advisor ruled Priti Patel had broken the Ministerial Code - but the PM overruled him, and decided she hadn’t.

The Code isn’t explicit, but it seems this applies even when the person accused of breaking the rules is Boris Johnson.

That would mean Boris Johnson could rule there’s been no breach of the Code, or decide not to inflict any punishment on himself.

He can ask the Advisor to spell out a recommended sanction, but “these recommendations will remain confidential”.

Finally… what about the police?

That’s a different process. It’s one part of the jigsaw not overseen by Boris Johnson.

The Met Police can launch an investigation - and eventually prosecutions - into the various No10 parties if they want.

However, so far they’ve not done this, and they’ve indicated they will wait until Sue Gray finishes her work before making a decision. Many are sceptical that the police will investigate retrospectively.

Scotland Yard has insisted officers are still "assessing" the material on the May 20 garden event and a decision could be made either way.

Solicitors for the Met told the Good Law Project: “The available material relating to the gathering on 20 May 2020 has been referred to the Specialist Enquiry Team (SET) for assessment.

“In accordance with the approach outlined in my response dated 30 December 2021, the findings of the SET assessment, once finalised, will be considered by the Gold Group to determine the appropriate MPS response.”