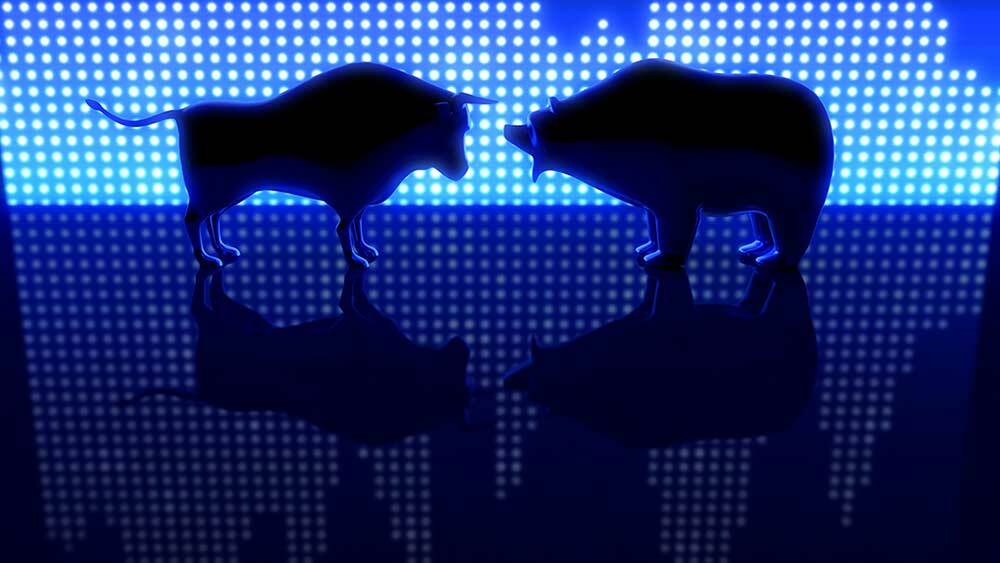 Stocks gained strength after a tentative open Thursday, with the Dow and the S&P 500 moving to break losing streaks after a round of positive jobs data. Lululemon led a handful of retailers scoring big moves on earnings news. China stocks tumbled as regulators reportedly suspended new video game releases. And Nike made a big jump to the head of the Dow Jones today.

The Dow Jones Industrial Average climbed more than 125 points higher, up  0.35% after weekly unemployment claims fell more than expected and the European Central Bank announced plans to begin cutting back its massive monetary stimulus effort. The S&P 500 added 0.3%, fighting to avoid a fourth-straight decline. The Nasdaq Composite gained 0.4% on the stock market today, as big losses from Biogen, NetEase and Copart tempered the index's gain.

Lululemon Athletica rocketed nearly 12% higher to the head of the Nasdaq 100. The fitness-wear retailer delivered a solid second-quarter report late Wednesday, and announced it was preparing to raise employee wages.

Nike jumped 2.5%, leading the S&P 500 and the Dow Jones today, ahead of its fiscal first-quarter report scheduled for Sept. 23. A UBS report noted potential upside in the stock after its recent four-week decline showed overreaction to Covid-driven supply chain interruptions in Vietnam.

Nike has lagged the market this year, with a 10.4% gain through Wednesday. Shares are pulled back below their 50-day and 10-week moving averages. And shares are up more than 8% following a breakout in June.

Cisco Systems traded low on the Dow, down 0.6% after a Morgan Stanley downgrade to equal weight, from overweight. The note lifted the stock's price target to 59, less than 1% above where shares closed on Wednesday.

On the downside, GameStop (GME) dropped more than 9% and AeroVironment fell almost 7% on earnings.  Boston Beer dived 7% after withdrawing its 2021 guidance due to a deterioration in demand. Digital Reality Trust dived to the bottom of the S&P 500, down 3.8%, after announcing a 6.25 million share offering late Wednesday.

Weekly oil inventories from the Energy Information Administration are slated for release at 10:30 a.m. ET.

Why These Health Stocks Are Hitting Records

The Shanghai Composite sidestepped the damage, rising 0.5% putting it ahead 2.9% for the week as its rebound tracks toward a third week. In Japan, Tokyo's Nikkei 225 dropped 0.6%, ending an eight-day rally, but it held above the 30,000 level.

In U.S. premarket action, NetEase dropped 4.4%, on the heels of its 5.2% dive on Wednesday. Tencent shares were inactive.

Europe's markets turned mixed after the European Central Bank's announcement. Frankfurt's DAX reversed to a 0.2% gain. London's FTSE 100 traded 1.1% lower, while the CAC-40 in Paris shed losses and rose 0.1%. The SPDR Portfolio Europe ETF (SPEU) rose 0.1%. The fund continues to trade just below a 44.06 entry in what IBD MarketSmith analysis marks as an 11-week flat base.

Tuesday's bitcoin tumble occurred on the same day that El Salvador launched the cryptocurrency as the country's official currency — an event that stirred broad speculative buying, and which stumbled in its early rollout. The Salvadoran government reported that it purchased 400 bitcoins during Tuesday's selloff, raising the country's bitcoin cache to 500.

A five-week advance in interest rates points to money coming out of bonds, which is generally a positive for the stock market. Financial stocks love rising rates, and Keefe, Bruyette & Woods upgraded the banking sector to overweight on Monday. Chips, housing and industrial sectors are also key to watch.

However, there remains ongoing skittishness over Federal Reserve policy, as well as uncertainty regarding the end of supplemental unemployment support, a rising wave of Covid-19 infections and the outcome of massive stimulus spending plans in process in Washington — combined with impact from the regulatory crackdown in China's markets. Charts for the Nasdaq and S&P 500 remain in strong standing, paused just off record highs. However, a three-day slide has left the Dow Jones today testing support at its 50-day moving average.

Now is a good time to review portfolios and assess holdings. Investors may want to adopt a somewhat defensive stance in the short run. If gains are fading in some of your big winners, trimming positions probably makes sense, especially with stocks that have breached support at their 21-day exponential moving average. And keep in mind, a market pause or pullback could quickly offer new buying opportunities.

Copart, an IBD Long-Term Leader and the top-ranked stock in the auto retailers industry group, dealt itself a setback by breaking below its 50-day moving average on Thursday. That left its six-week flat base intact, although the stock is now nearly 8% below the 149.16 buy point.