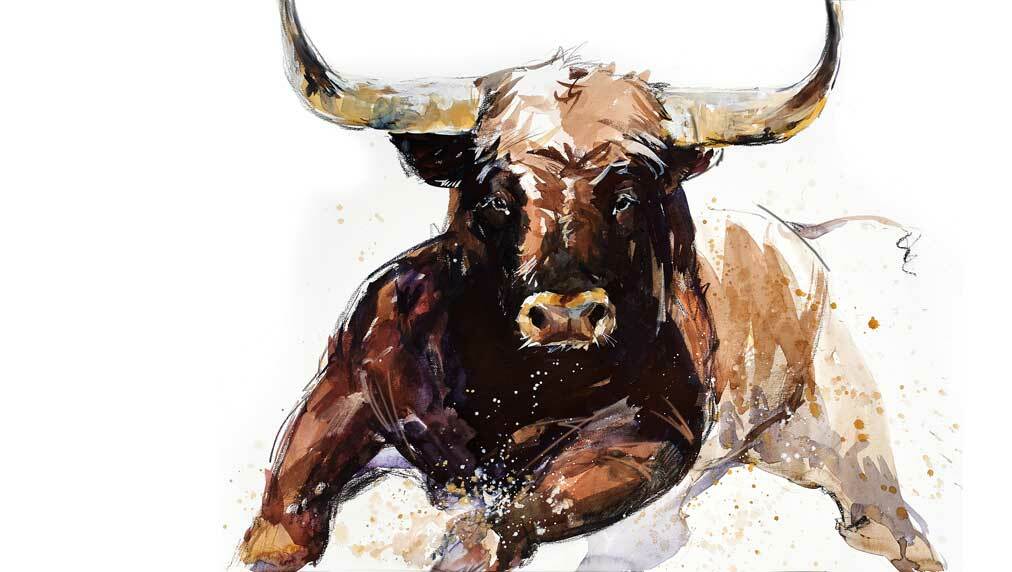 The Dow Jones Industrial Average closed nears its highs in today's stock market as the major indexes rose across the board. Stocks were higher on strong bank earnings and on jobless claims reaching pandemic-era lows.

At the close, the Nasdaq composite was up 1.7%. The Dow Jones closed 1.6% higher. The S&P 500 rose 1.7% also, while the Russell 2000 gained around 1.4%. Early data showed volume was running higher on the Nasdaq and lower on the NYSE vs. the close on Wednesday.

Stocks climbed early Thursday after the Labor Department reported initial jobless claims fell to 293,000 the week ended Oct. 9. That was an 11% drop from the prior week's revised 329,000 claims and came in below Econoday forecasts for 320,000 claims. This was also the lowest number of new filings since March 2020, when the U.S. began to go on lockdown.

Bank of America's profits jumped 67% over last year to 85 cents a share, according to IBD data. Shares rose 4.5% in heavy volume Thursday. The stock is now extended from the most recent buy zone and from a bounce off the 21-day line. The company's bottom line was boosted by the release of $1.1 billion in credit reserves that had been shored up to protect against customer defaults.

Wells Fargo stock fell over 2% after reporting solid bottom line growth of 119%, year over year. However, the firm's revenue declined 2% from a year earlier. Earnings were also boosted by the release of credit reserves.

Microsoft was among stocks leading the upside in the Dow Jones on Thursday. Shares rose 2.2% an inched closer toward a new 305.94 flat-base buy point. Microsoft remains 1% away from there. Shares gained momentum above their 50-day and 21-day lines.

The company said in a blog post it will close its LinkedIn site in China amid stricter internet censorship in the communist country. Microsoft noted it has faced a "significantly more challenging operating environment and greater compliance requirements in China."

Microsoft unveiled new plans to launch a new China-specific website named InJobs, later in 2021. It will be a job searching tool without the addition of LinkedIn's social media features.

On the downside, Boeing fell nearly 2%. The airplane maker's stock fell further below its converged 50-day and 200-day lines. Boeing's relative strength line is also declining, a sign of weakness.

Reports of new Dreamliner production problems triggered the sell-off. The Wall Street Journal reported that certain titanium parts are weaker than they should be on jets made over the past three years. This is latest in a series of problems with the Dreamliner program.

The growth-focused Innovator IBD 50 ETF gapped above its 21-day and 50-day moving averages on Thursday after gaining more than 1.5%. Stocks leading the upside in the index included Upstart and Dutch Bros. which gained of over 10% and 3%, respectively.

Upstart, a new IBD Leaderboard stock, surged in heavy volume to a new high of 380.22. Shares are well extended after passing a 346.64 buy point of a high, tight flag, which can be seen on a weekly chart. This rare chart pattern often leads to big gains.

Meanwhile, a handful of stocks in the MarketSmith Growth 250 scored breakouts, including oil and gas equipment company Baker Hughes, which gained over 2.2%. Elsewhere, fiber optics company Clearfield also broke out from a buy area.

Baker Hughes broke out from a 26.67 cup-base buy point, according to MarketSmith analysis. Share remained inside the 5% buy area in afternoon trading. This stock is in the oil and gas machinery industry group, which currently ranks a strong No. 12 of the 197 groups that IBD measures. Typically investors want to focus on stocks in the top 40 groups.

Meanwhile, Clearfield rose above a 53.62 ascending-base entry. The stock rose more than 2.5% in about average volume. The stock's RS line looks very strong and reached a new high alongside the breakout. Additionally, the stock is in the top 3% of stocks tracked in terms of price performance over the past 12 months.