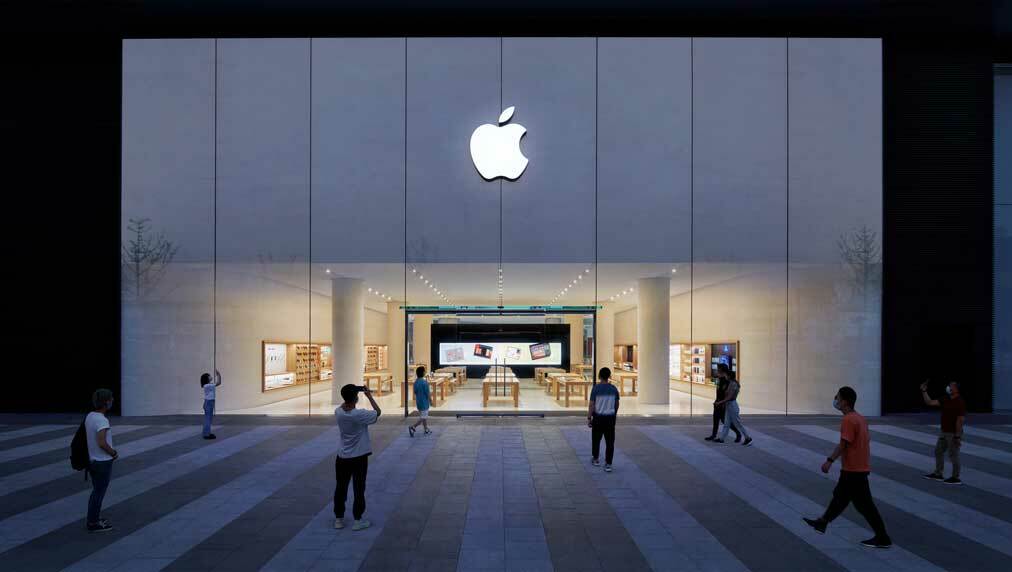 Among the Dow Jones leaders, Apple rallied 0.3%, while Microsoft moved up 0.7% Tuesday. Nike is tracing a new base, but is below a key technical level.

Tesla looked to add to Monday's nearly 1% gain, rising over 1% Tuesday morning. The EV leader is just above a new entry. PayPal traded up 0.25% Tuesday, as it continues to offer a new buy point.

Among the top stocks to buy and watch, Palantir Technologies, Shopify and Yeti are in or near new buy zones.

Microsoft, PayPal and Tesla are IBD Leaderboard stocks. Yeti is an IBD IPO Leader. Nike was featured in this week's Stocks Near A Buy Zone column.

The Dow Jones Industrial Average reversed from early gains to fall 0.6% Tuesday morning. The S&P 500 fell 0.3%, while the tech-heavy Nasdaq traded down 0.1% in early action.

Ahead of the market open, the Labor Department said the consumer price index (CPI) in August rose 0.3% from July, slower than the 0.5% increase in July and June's 0.9% rise. The CPI rose 5.3% in August from a year earlier, down from the 5.4% pace in June and July, on an unadjusted basis.

The Nasdaq is on pace to extend a four-day losing streak with mild losses Tuesday. The S&P 500 looked to rebound from its key 50-day line, while the Dow Jones Industrial Average remains below its own 50-day line.

Monday's The Big Picture column commented, "Sellers hit leading growth stocks in the stock market Monday, but the rest of the market held up relatively well, with oil and gas stocks leading the way. Solar stocks also outperformed, along with reopening stocks like airlines and hotel operators, amid signs the delta variant wave could be cresting."

Dow Jones leader Nike is tracing a flat base with a 174.48 buy point, according to IBD MarketSmith chart analysis. But shares are below their key 50-day moving average line. Retaking support at that critical level would be bullish for the stock's immediate prospects. Shares were down 1% Tuesday.

Through Sept. 10, Nike was the No. 8 performer on the Dow Jones Industrial Average, advancing more than 15%. Goldman Sachs was the top Dow Jones stock with a year-to-date gain of 53% through Sept. 10.

Palantir Technologies is back above its cup-with-handle's 26.04 buy point, according to IBD MarketSmith chart analysis, amid Tuesday morning's 2.8% advance. The 5% buy area tops out at 27.34.

Shopify continues to trace a flat base that shows a 1,650.10 buy point. According to IBD Stock Checkup, SHOP stock boasts a 98 out of a perfect 99 IBD Composite Rating. The IBD Composite Rating identifies stocks with a blend of strong fundamental and technical characteristics.

SHOP stock lost nearly 1% Tuesday and is falling further below its 50-day line that it gave up last week.

PayPal is trading about 7% away from a flat base's 310.26 buy point. Meanwhile, an aggressive entry looms at 296.80, or a dime above Wednesday's high.

Among the top Dow Jones stocks, Apple moved up 0.3% Tuesday, rallying from its key 50-day support level. Apple stock is still in buy range above a 148 trendline buy point.

Software giant Microsoft gained 0.7% Tuesday. Shares are about 15% above a cup base's 263.29 buy point and near new highs.