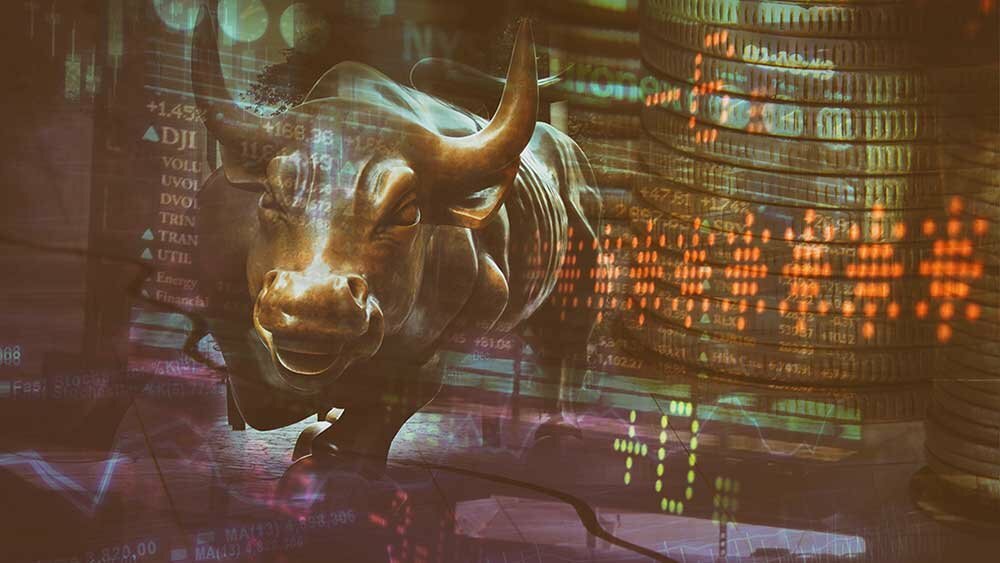 Dow Jones futures rose modestly early Friday, along with S&P 500 futures and Nasdaq futures. The stock market rally made a strong move Thursday, with the S&P 500 and Nasdaq enjoying their best gains in months while growth names continued to power higher.

Alcoa stock potentially is actionable stock Friday, though it might be out of reach. The aluminum giant jumped 7% in premarket trade after its earnings and shareholder return news. AA stock edged up 0.4% to 48.60 on Thursday, 4.4% above its 10-week line.

Instead, JBHT stock appears to be a more likely candidate Friday. Shares rose 3.5% before the open. On Thursday, JBHT climbed 2.3% to retake its 50-day line, offering an early entry if it weren't for the early Friday earnings.

Meanwhile, several other stocks made big moves Thursday, including Upstart Holdings and Ambarella. But they could be seen as extended now.

The video embedded in this article analyzed an important market day as well as Google, Nvidia and AMN Healthcare.

The 10-year Treasury yield rose 2 basis points to 1.54% after falling eight basis points over the prior three sessions.

Copper prices climbed 2% after sharp gains in the prior two sessions. Base metal prices are making big moves amid low inventories and, in some cases, production cuts due to power shortages in China and Europe.

The stock market rally started off strong and closed near highs in a broad-based advance.

Nasdaq volume was modestly higher than on Wednesday. NYSE volume was flat or perhaps a fraction higher, according to preliminary figures.

This is an important day to read The Big Picture.

The 10-year Treasury yield fell 3 basis points to 1.52%, providing a tailwind for the broader market rally and especially growth names. Earnings from Taiwan Semiconductor, UnitedHealth, Bank of America and other big banks also contributed. So did another strong gain in copper prices and oil prices, which are hitting multiyear highs.

Microsoft stock rose 2.2% to 302.75, rebounding from its 50-day line in above-average volume. On a weekly chart, MSFT stock broke a trend line. The relative strength line is just below a record high, signaling the strong Microsoft stock performance vs. the S&P 500 index. The official buy point is 305.94 from a flat base, according to MarketSmith analysis. But it's already actionable.

Google stock climbed 2.6% to 2,823.02, retaking its 50-day line and breaking a short trend line. Volume was higher than normal. Much like MSFT stock, the internet giant is working on a flat base, with a 2,925.17 buy point. The RS line also is near a record high.

Nvidia stock jumped 3.85% to 217.46, convincingly retaking the 50-day line after hitting resistance there on Oct. 8. Much like MSFT stock, an investor could find a trend line break as well. The official buy point is 230.53 from a flat base. Nvidia's move comes as rival Advanced Micro Devices extended Wednesday's move above its 50-day line and toward an official buy point.

SNOW stock rose 1.3% to 332.12, clearing a 328.16 entry that could be seen as a handle on a very deep 10-month base. Shares came off their intraday highs. Volume was below average, but that follows Wednesday's 4.8% move on the heaviest trade in weeks.

FCX stock popped 3.7% to 37.13, the third gain in above-average volume in the last four sessions. After moving back above the 50-day and 200-day lines on Wednesday, Freeport-McMoRan stock moved above Monday's intraday high of 36.57. Investors could use that as an aggressive entry. FCX stock has jumped this week as copper prices have come on powerfully. Keep in mind that its earnings are due on Oct. 21.

Usually in a market rally attempt, a few leading stocks will start to break out or flash early entries a day or two before the actual follow-through day. But this time, a slew of growth names have been actionable over several days. That's because this has been a shallow market correction. But many growth names made impressive moves even on days when the major indexes fizzled.

Now that dichotomy may be coming to an end. The Nasdaq composite jumped above its 21-day moving average and last week's highs, moving to just shy of its 50-day line. The S&P 500 and Dow Jones bounced back above their 21-day lines and closed just above the 50-day line.

Meanwhile, leading stocks continued to do well. Some stocks are just looking actionable, while many others are already somewhat or greatly extended. While the big winners of the past week have been growth stocks, energy and financial stocks are holding up well. Some mining and metals plays are flashing buy signs or starting to set up.

The major indexes have now broken recent downtrends, and all are around their 50-day lines. Pay close attention here. Much like Microsoft, Google and Nvidia stocks over the past week, the indexes could power higher, get turned away, or pause at these levels for some time before moving significantly higher or lower.

For investors who have stayed on the sidelines in the past couple of weeks, Thursday offered a chance to start to step up their exposure. That could be through individual stocks or broad or sector ETFs.

If you already added some stocks, Thursday was an opportunity to load up further, depending on your exposure. You can continue to do so in the days ahead, assuming healthy market conditions.

But don't chase extended stocks. A number of hot growth names have run up 10%, 15% or more in the past several days, and could be vulnerable to a pullback. Some recent winners pulled back Thursday even with the market strength overall.

Other stocks could move into position over the next few days while a number of institutional quality names such as Google stock are buyable now.

But a word of caution. The major indexes are still at key levels. Treasury yields could march higher again, weighing on growth names. Earnings season could derail the market rally or your individual holdings.

So pay attention to major indexes and pay attention to what the market is telling you right now. Don't get locked into a bullish or bearish mindset or fixated on a specific stock. Being flexible is crucial to long-term investing success.