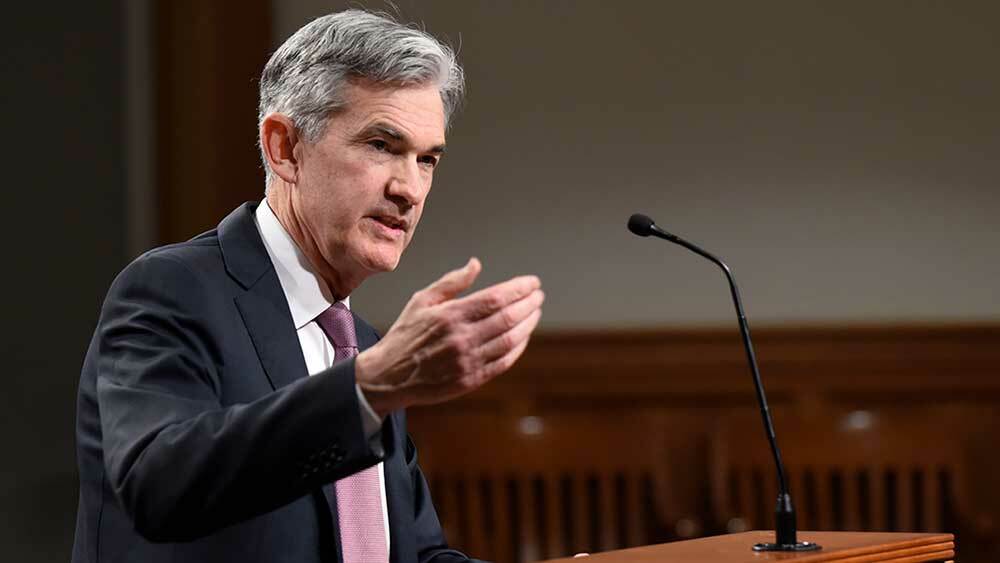 Dow Jones futures rose slightly Wednesday morning, along with S&P 500 futures and Nasdaq futures, ahead of a key inflation report. Biogen dived as Medicare restricted coverage of its Alzheimer's drug.

Advanced Micro Devices and Nvidia stock rallied Tuesday, and investors could see the makings of double-bottom bases. But trying to guess the (double) bottom on a stock is fraught with peril. Tesla has a new buy point, while Apple is rebounding bullishly from a key level. Meanwhile, Zim Integrated Shipping broke out.

Tesla stock and Nvidia are on IBD Leaderboard. Tesla and ZIM stock are on the IBD 50. Zim Integrated Shipping is on SwingTrader and was Tuesday's IBD Stock Of The Day.

Meanwhile, Medicare will limit coverage on the pricey and controversial Biogen Alzheimer's drug. It'll only pay for Aduhelm for Medicare patients in clinical trials. Biogen stock plunged. Eli Lilly, which is working on a similar Alzheimer's drug, fell modestly.

Fed chief  Powell testified Tuesday at a Senate Banking confirmation hearing for a second term. He assured lawmakers that the Federal Reserve will bring inflation under control.

Powell said the need for aggressive monetary stimulus is over, adding that the Federal Reserve may see some balance sheet runoff in 2022, after asset purchases go to zero in mid-March. That appeared less hawkish than at least some of his colleagues. As revealed in last week's release of Fed minutes, several policymakers at the December meeting spoke in favor of cutting the balance sheet soon after the first Fed rate hike, which could happen as early as March. Some also suggested they wanted to pare back the balance sheet aggressively.

The Labor Department's December consumer price index is due out at 8:30 a.m. ET on Wednesday. Economists expect the CPI to show a 0.4% gain, or 0.5% excluding food and energy. Overall consumer inflation is seen rising to a fresh long-term high of 7.1% from November's 6.8%. Core inflation is forecast to hit 5.5%, up from 4.9%.

On Thursday, the Labor Department will release the producer price index.

The CPI inflation report will be sure to swing Dow Jones futures and Treasury yields.

The stock market rally had a solid session as investors appeared to appreciate Fed chief Powell's comments. Growth stocks, among the hardest hit in 2022, led the bounce.

AMD stock rose 4% on Tuesday, while Nvidia gained 1.5%, after both erased sharp Monday losses to close slightly higher. Monday's lows undercut the chip leaders' December lows, so if you squint, you could see the makings of double-bottom bases. The middle of the potential W was set on Dec. 28 for both AMD and Nvidia stock.

Double-bottom bases are often powerful because of the big shift from fear to greed as the stock goes from hitting new lows to racing past buy points. They often form as the broader market is making similar moves, with the Nasdaq rebounding from new lows Monday.

But AMD and Nvidia are a long way from actually having double-bottom bases, and even further from reaching proper buy points. If the market rally deteriorated again, which is still very plausible, AMD and Nvidia stock would likely sell off again.

Tesla Vs. BYD: Which Booming EV Giant Is The Better Buy?

Tesla stock edged up 0.6% to 1,064.30 on Tuesday, still below the 50-day line. The EV giant also has a double-bottom base, but now has a deep but valid handle, giving it a 1,208.10 buy point. The handle formed after Tesla stock spiked higher early last week on blowout Q4 delivery figures, clearing a then-valid 1,119.10 buy point. But shares gave up all those gains and more for the week as highly valued growth stocks plunged.

Tesla also is an example of why investors shouldn't try to guess the double bottom. In early December, TSLA stock undercut recent lows and found support around its 50-day line. Shares then rebounded for the next two sessions, as investors could start to see a double-bottom base underway. But Tesla stock then sold off hard, falling much lower until hitting a new low on Dec. 21.

Apple stock rose 1.7% to 175.08, back above its 21-day line. On Monday, AAPL stock found support at its 10-week line. This is the first 10-week line pullback for the Dow Jones tech titan since its November breakout. The relative strength line for Apple stock is just below record levels, holding up extremely well vs. other megacaps or tech stocks in general.

ZIM stock jumped 4.7% to 61.44, breaking past a 59.79 buy point from a consolidation going back to September in heavy volume.

On an IBD Digital or MarketSmith chart, ZIM stock cleared a high handle to set a record high. But that's because IBD adjusts for big dividends, reducing pre-dividend stock prices accordingly. On an unadjusted chart, ZIM stock hit a record 62.20 on Sept. 16, with Tuesday's move a breakout from a traditional handle.

The RS line for ZIM stock is right at record highs, as the shipping giant has outperformed the S&P 500 index.

The shipping giant's earnings are expected to fall substantially in 2022 after skyrocketing last year. But EPS is still seen far above pre-2021 levels, with Zim Integrated Shipping committed to big dividends.

The stock market rally on Tuesday extended the rebound from Monday's intraday lows, when the Nasdaq undercut its 200-day line for the first time since April 2020. Arguably, the market  was due for some positive action, after looking oversold by several indicators.

Advancing stocks easily outpaced decliners on the Nasdaq and NYSE on Tuesday.

But the market rally remains under pressure. The Nasdaq remains between its 200-day line and 50-day. The Russell 2000 is still significantly below its 50- and 200-day lines. The S&P 500, meanwhile, regained its 50-day and 21-day averages. The Dow is also above key levels.

The broader energy sector boomed Tuesday. Financials also continue to do well. Bank earnings are about to get underway, with JPMorgan Chase, Wells Fargo and Citigroup reporting Friday.

The stock market rally is getting a bounce, but it's too early to tell if Monday marked a bottom. Investors should remain cautious about buying stocks in the current environment.

Very few growth or tech stocks look actionable, with a few possible exceptions such as Apple. Most likely need several weeks to recover, if not longer.

Investors could still add some exposure to energy and financial stocks, which continue to look strong. But most have already flashed early entries and made up a lot of ground in the past couple of weeks. As long as crude oil prices and 10-year Treasury yields stay high or keep rising, those sectors should fare well. But if oil prices and yields pull back substantially, those stocks may give up ground.

Right now, investors should focus on building up their watchlists. Look for stocks with strong relative strength that are finding or reclaiming key support. Pay attention to leading stocks in leading groups.