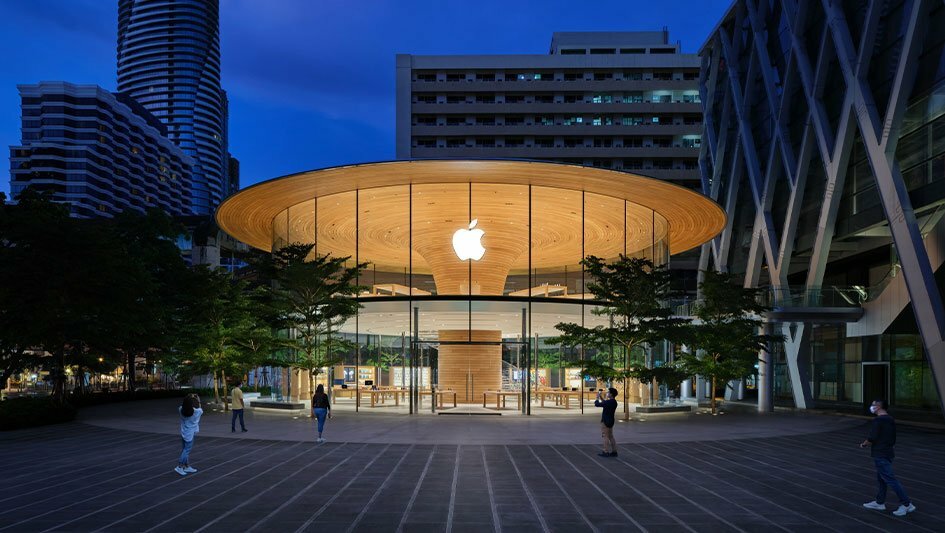 Dow Jones futures rose modestly Wednesday morning, along with S&P 500 futures and Nasdaq futures, as Treasury yields dipped amid key inflation data and earnings before the open. The stock market rally attempt had yet another weak close, finishing with slim losses Tuesday.

Apple stock fell less than 1% in premarket action, with the iPhone production report perhaps not too big of a surprise. Shares are working toward recent lows. AAPL stock closed down 0.9% to 141.51 after the tech giant announced an Oct. 18 product event, expected to include a big revamp of the MacBook Pro.

CRSP stock slumped 8% in premarket trade despite generally positive hase 1 test results of a gene-edited cancer drug. Crispr Therapeutics said Tuesday it's planning to begin a pivotal study of its gene-edited cancer drug, CTX 110. Of the 26 lymphoma patients, 38% had no detectable cancer following the treatment. There were no major side effects.

On the plus side, German software giant SAP gave preliminary Q3 results above consensus and guided higher for the full year. SAP stock popped 5% early Wednesday.

But a number of high-beta growth names such as Tesla stock, Upstart Holdings, Zscaler and Airbnb made strong moves, flashing various buy signals during Tuesday's session. Solar stocks continued to rebound while U.S.-focused casino plays such as MGM Resorts and Boyd Gaming also rallied, triggering buy signs. Tesla rivals General Motors and Ford continued to advance, with GM stock clearing an early entry and Ford nearing the top of a base. Matson blasted above a short consolidation.

The September consumer price index is due out at 8:30 a.m. ET. Economists expect overall consumer inflation holding at 5.3%, with core inflation staying at 4%. At 2 p.m. ET on Wednesday, Fed minutes from the September policy meeting will be released, offering further insight.

Atlanta Fed President Raphael Bostic, one of the more hawkish Fed officials, said Tuesday that U.S. inflation is broadening and not just transitory. Fed Vice Chairman Richard Clarida said the "risks to inflation are to the upside." He also added that conditions for starting a bond taper have "all but been met."

The stock market rally attempt wavered between modest gains or losses for most of Tuesday's session before closing on a sour note.

The 10-year Treasury yield fell 3 basis points to 1.58%, after bond markets were closed on Monday. The 10-year yield has surged for several weeks.

On Tuesday, JPMorgan stock pulled back toward a buy point as the broader market and Treasury yields retreated. Bank of America, on tap Thursday, is just in buy range. Wells Fargo, Goldman Sachs, Morgan Stanley and Citigroup are all in consolidations.

Delta earnings also topped views early Wednesday. It sees continued revenue improvement in Q4, but higher fuel costs will pressure profitability. Other carriers will follow in the next few weeks, though several, including American Airlines, have already given some preliminary guidance.

DAL stock fell 1% before the open.

Delta stock, American and several other big airlines are trying to find support around their 200-day lines.

More broadly, Delta earnings provides an early read for the travel sector, including hotels, casinos such as MGM and "tech" travel names such as Expedia and ABNB stock. With Covid cases falling sharply and restrictions starting to fade, travel should have a tailwind.

Tesla stock rose 1.7% to 805.72 on strong China EV sales for September. The EV giant backed off intraday highs but closed above the 800 level for the first time in eight months. TSLA stock is now slightly extended from a 764.55 handle buy point. Intraday it cleared a three-weeks-tight entry of 807.07. But with Tesla stock up for seven straight weeks and on track for an eighth, it appears somewhat extended.

UPST stock vaulted 7.1% to 333.05, rebounding from its 21-day line and a short downtrend. Volume was below average though. Upstart stock has been a huge winner in the past few months and held up well, but a 21-day rebound in a market correction is high risk. After Tuesday's big move, UPST stock seems extended even from that perspective.

Zscaler stock climbed 3.7% to 277.72, rebounding from near its 50-day line and breaking a trend line. ZS stock doesn't look extended yet, and should have a new base after this week. The relative strength line is already at a new high, well ahead of ZS stock.

MGM stock shot up 9.6% to 48.69 on bullish analyst comments. After consolidating in a buy range, the casino giant blasted past an alternate entry of 46.16. It appears extended now.

BYD stock climbed 4.3% to 66.75, breaking a trend line in a handle, offering an early entry. BYD Gaming has an official 67.50 buy point from a cup-with-handle base, according to MarketSmith analysis.

Matson's stock shot up 8.35% to 89.57 after the company provided preliminary figures above consensus. MATX stock cleared a short consolidation above a prior base, topping an 88.09 buy point, though investors probably could have grabbed an entry earlier in the day.

GM stock rose 1.5% to 58.96, just above a 58.70 double-bottom buy point. It's been finding resistance at this area for the past few days. Possibly GM could pause or form a handle around these levels, providing a safer entry. On Wednesday, LG agreed to pay up to $1.9 billion to General Motors over Bolt EV battery fires, covering most of the cost.

The stock market rally attempt didn't move much Tuesday, but still managed to close poorly. The major indexes settled in the lower half of their ranges after finishing at or near session lows in the prior three sessions.

The market rally attempt still hasn't proved itself. None of the major indexes have had a follow-through day, confirming the new rally.

The Nasdaq is no longer hitting its 21-day moving average. The Dow Jones and S&P 500 have retreated from around their 50-day lines to below their 21-day lines as well.

A number of leading stocks are acting well, notably software and travel-related names, but others are not.

Not only are leading stocks and the overall market in flux on a technical basis, but big news in the coming weeks could roil markets. The consumer price index and Fed minutes on Wednesday are part of an ongoing discussion about inflation and future Fed policy, with huge implications for Treasury yields and thus the stock market.

Meanwhile, earnings season is just about to get underway. Not only will we get a flood of official earnings reports over the next several weeks, but companies such as Matson, InMode and Avantor are preannouncing results. While MATX stock and InMode jumped on good news, Avantor tumbled on in-line revenue.

So even if the market rally shores up or falters for a stretch, the heavy news cycle could trigger a reversal, or turbocharge the existing trend. That goes double or triple for leading stocks.

When investors see everything from Zscaler to Louisiana Pacific to Matson to UPST stock rebounding from key levels, it's hard not to jump into this market. If you already own some stocks that are winning, that's great. If they've run up sharply, you may consider locking in some partial profits.

But for new buys, investors may want to wait for the Nasdaq to at least get above and hold its 21-day moving average, with the S&P 500 getting to its 50-day line. Waiting until a confirmed stock market rally to add exposure also is a sound strategy.

If this market rally has real legs, you'll have plenty of opportunities to take advantage. But if the market slides and breaks below recent lows, you'll be glad you're in cash or had minimal exposure.

If you do decide to add exposure now, you may want to treat new positions as swing trades, taking relatively quick partial profits, perhaps holding onto remaining shares if the stock continues to act well and the market steps up. Whatever you do, definitely be quick to cut losses.