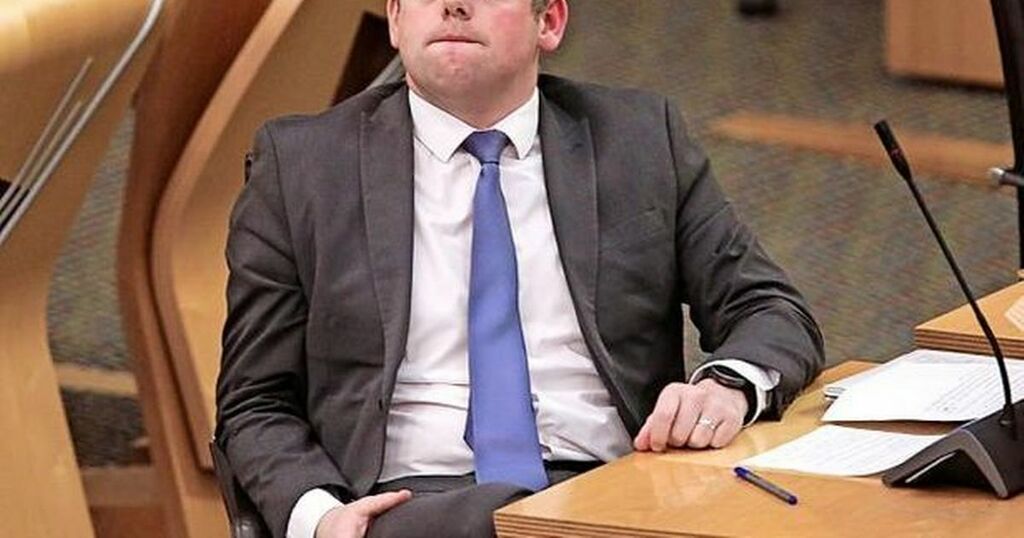 The Scottish Conservative leader Douglas Ross has called on Boris Johnson to resign as Prime Minister after admitting that he attended the Downing Street party.

The Scottish MP and MSP said he spoke directly to the PM today (January 11) and is being backed by other senior MSPs after an email was leaked to ITV News in which 100 staff were invited to a "bring your own booze" event in the Downing Street garden.

At the time, government guidance meant that an individual could only meet up with one person from another household.

Ross who has served as Member of Parliament for Moray since 2017, said that "if the Prime Minister attended this gathering, party, event, in Downing Street on the 20th May then he could not continue as Prime Minister.

"So regretfully I have to say his position is no longer tenable.

"I didn't want to be in this position, but I am in the position now where I don't think he can continue as leader of the Conservatives."

After speaking to colleagues in the Scottish Parliament and the UK Parliament, Ross said that there is a "significant unrest and concern about the actions that took place in Downing Street."

Politicians are not the only people that want Boris to resign with the public also calling for him to step down from his position in No. 10.

During the Prime Minister's Questions (PMQs) Boris admitted he attended the event for 25 minutes and "with hindsight should have sent everyone back inside."

The PM added: "I should have found some other way to thank them, and I should have recognised that - even if it could have been said technically to fall within the guidance - there would be millions and millions of people who simply would not see it that way."

Speaking on STV, Mr Ross said Boris was in "breach of the rules" and said it was "breaking the law."

Videos have since been going viral on social media of people talking about their last moments with their loved ones as they died alone.

People also reflected on watching funerals online after being told they couldn't attend.

In response, the PM said: "To them and to this House, I offer my heartfelt apologies."

Senior official Sue Gray is conducting an inquiry into a series of alleged parties held during lockdown in No 10 and Whitehall.

In response to the news, a sheet has since been tied to the gates of Glasgow's Queen's Park with a 'fake' party invite asking names of Conservative MPs to 'drinks at my bit! Wot pandemic?"

Included in the names are 'Carrie, Priti, Sajid, Dom, Other Dom' and many others.

In the corner it says 'BYOB', which was apparently a feature of the original party to help social distancing and hygiene measures.