‘Dopesick’: Opioid series’ side effects may include confusion, exasperation 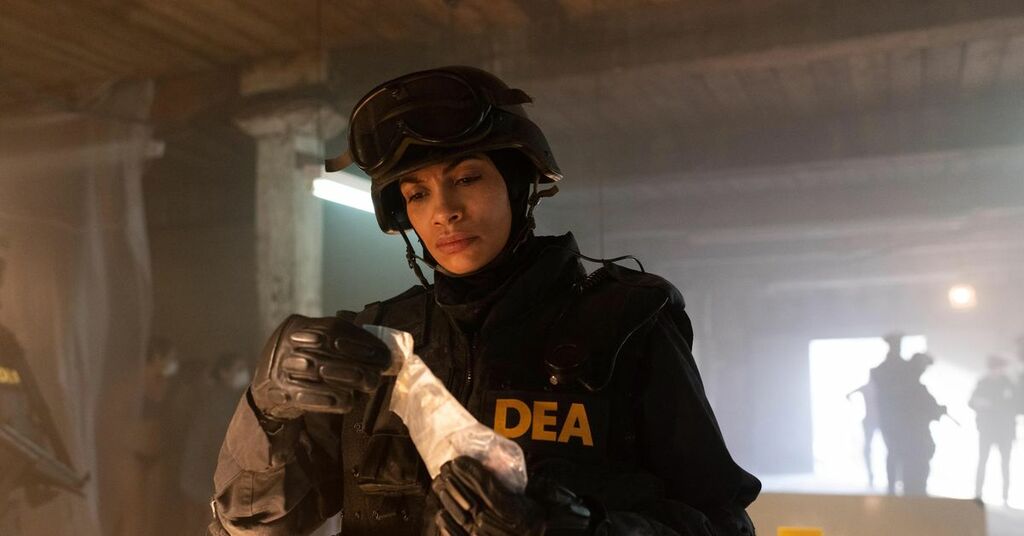 Shifting timelines have been utilized in storytelling for as long as we’ve been telling stories and it can be a powerfully effective technique, but there’s a recent trend in both documentary series and limited fictional series to overdo it — and when that happens, there’s a danger of the viewer getting lost in the weeds. It’s like you’re sitting in the passenger seat of a car driven by someone who is just learning how to work a 5-speed manual transmission.

Unfortunately, that’s the case with the Hulu limited series “Dopesick,” which hops between multiple timelines to tell the story of how Purdue Pharma insidiously and systematically schemed to hook America on opioids, all in the name of raking in huge profits and with little concern for the devastating impacts on health, crime, the economy and the culture. Based on Beth Macy’s powerful non-fiction book “Dopesick: Dealers, Doctors and the Drug Company That Addicted America,” this is a prestige project that aims for the rarefied stratosphere of feature films such as “Erin Brockovich” and “Spotlight” and “Dark Waters,” but despite the A-list cast and the high-level production values, the end result is curiously uninvolving, due to that start-and-stop timeline, not to mention far too many overwrought soap opera plot lines and some painfully obvious dialogue.

Early on, there’s a scene in which Rosario Dawson’s DEA officer Bridget Meyer makes some calls to learn about this new drug on the streets. “You got anything on a prescription drug called Oxycontin?” she says to the unidentified source on the other end of the line. “Have there been any spikes in crime related to it?”

And then Bridget actually repeats all she’s hearing — for our benefit — and we even get a closeup of her legal pad as she takes notes just in case we need some Information Reinforcement. “Foster care occupancy has tripled. Increase in child abandonment … local jails overflowing, increase in prostitution …”

Down the road, a mother is planning her grown daughter’s memorial service when her very young grandson looks up and says, “Mommy changed after taking that pill.” “What pill?” asks grandma. “Oxy,” comes the reply. “She was weepy all the time.”

There have got to be more subtle ways to tell us about the negative ripple effects caused by OxyContin.

“Dopesick” spins the story of the horrific spread of the so-called “miracle drug” OxyContin from four angles:

The scenes involving Richard Sackler and his casually indifferent, grotesquely greedy and obscenely wealthy extended family are like something out of “Succession” or “Billions,” only not nearly as sharp. The talented Phillipa Soo (who won the Tony for playing Eliza Hamilton on Broadway) is saddled playing a bitchy villainess caricature. “Dopesick” is at its most effective when we follow the procedural investigation and are as dumbfounded and outraged as Mountcastle and his colleagues when they uncover the extent of Purdue Pharma’s duplicity and greed. Keaton is so good and so comfortable onscreen that I’d sign up for an entire fictional series about his widowed country doctor — but even that storyline takes an unconvincing turn late in the game that piles on with the heavy-handed messaging about how anyone can fall prey to the powerful grip of Oxycontin.

This is an uneven series that is often quite good but feels like a missed opportunity to be something great.