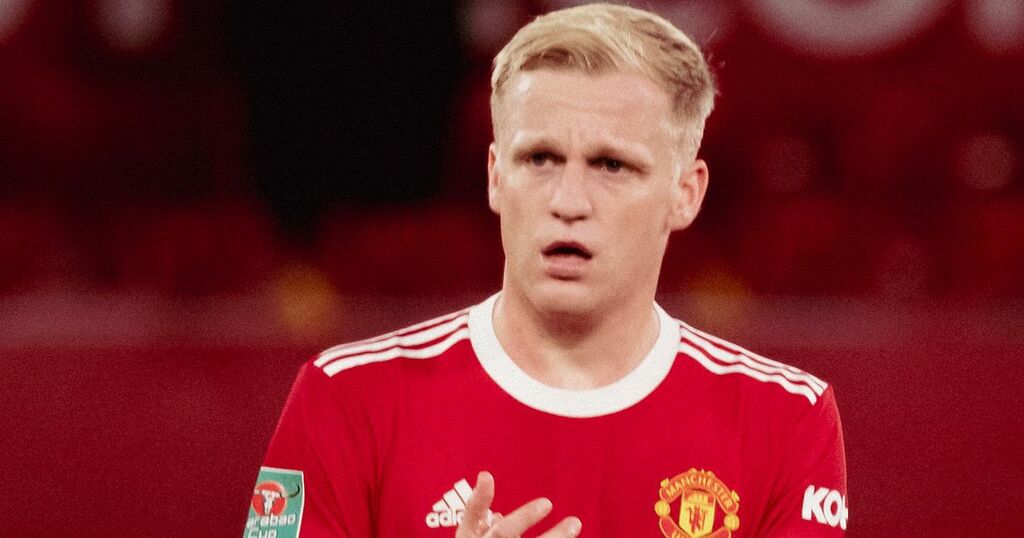 Donny van de Beek could be heading to Barcelona soon with Ronald Koeman desperate to sign the Manchester United star.

The Netherlands international has had a rough time since moving to Old Trafford in the summer of 2020.

The 24-year-old has played in just 39 matches during his two-year spell at United and has appeared just once in the Premier League this season.

And his frustrations boiled over in the Champions League when he was getting ready to come on against Villarreal, only for Ole Gunnar Solskjaer to opt to use Fred instead.

Van de Beek was spotted looking less than pleased on the bench as his teammates consoled him, and it has been reported that he is looking for a way out in January.

The midfielder has lost his spot in the national setup after being left out of Louis van Gaal's latest side, but a reunion with his former manager could be on the cards.

Barcelona are looking to bolster their midfield after a poor start to the season under Koeman.

The Dutchman is fighting for his future at Nou Camp after some miserable results, including a 3-0 defeat Benfica in the Champions League and a 2-0 loss at Atletico Madrid.

However, he still has his sights on the transfer window and has several targets he would like to bring to Catalonia.

The main priority would be Marcelo Brozovic from Inter Milan, with his contract expiring in the summer, but another potential arrival could be Van de Beek.

According to Sport, Koeman knows the former Ajax star well from their time together with the Netherlands national team.

He is fully aware of his problems at United and is willing to make a move to salvage his career.

Real Madrid had been long-term suitors for Van de Beek, even when he was back at Ajax as a youngster, but their midfield is well-stocked with Toni Kroos, Luka Modric, Casemiro and Federico Valverde.

For the Red Devils star, his chances of first-team football look bleaker than ever, with Jesse Lingard jumping ahead of him in the pecking order.

Solskjaer is reluctant to use him in a midfield pivot with Fred, Scott McTominay and Nemanja Matic preferred options.

Van de Beek's favoured position as a No. 10 looks a no-go either with Bruno Fernandes firmly first-choice at Old Trafford.

And he could be as low as fourth-choice for that role with Paul Pogba and now Lingard preferred over the Dutch star.